High-flying life for the affluent 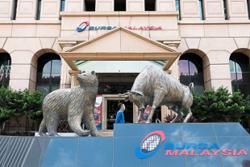 Asia’s super-rich are no longer content with playing golf and owning a Ferrari.

For Arun Pudur, simply marvelling at the brand new helicopters and aircraft parked at the Skypark Subang terminal isn’t enough. The 32-year-old is looking to buy a new ride.

Running his hands across the shiny expanse of an Embraer Legacy 600, a mid-sized private jet, he strikes up a friendly conversation with its pilot, like how one would when appraising a new car. A deal is struck within minutes.

“People think you’re from a backwards country if you don’t own one of these,” Arun remarks, gesturing to his new US$18.4mil (RM56.11mil) purchase, grinning.

Belying that amicable exterior and baby-faced appearance, however, is a sharp, smooth-talking chap who made his first million at 21 through software development. Now the president of a US-based IT solutions company, Arun makes more money than many individuals combined, allowing him and his fiancée Eliena Raj, 29, to traverse the globe in style.

The couple owns six private jets, including the one Arun just bought.

“This one is equipped with the latest GPS system, and there are only five of it worldwide,” he gushes.

“We could travel first class in a commercial airplane but it’s such a hassle, you know? You have to pre-plan your journey and go through security checks. We simply don’t have the time.”

Welcome to MillionaireAsia’s Private Jet Party, one of the first of its kind in Malaysia. This glitzy event, organised by the Integrated Media Company, together with Naza World and Skypark Subang, allows the crème de la crème from Malaysia and around the region to mingle and go on a shopping spree away from the prying eyes of the public.

“It’s a spin-off from MillionaireAsia’s annual Private Aviation Show in Singapore,” says Brian Yim, founder of MillionaireAsia. “We’ve only invited the very wealthy who can afford to buy airplanes, super cars, properties and fine jewellery worth millions of ringgit.”

Yim — who is standing by a RM2mil Rolls Royce Phantom — is catching his breath after weeks of planning for the event.

“The biggest and greatest challenge is always to manage the last minute RSVPs,” he reveals candidly. “We’re dealing with guests who have very busy schedules. They also get invited to parties all the time. That’s why your event really needs to stand out to attract their attention.”

As if right on cue, a model sashays past him Mae West-style, her upper body dripping in Mouawad diamonds that are, incidentally, also on sale. However, the real scene-stealers aren’t the beautiful women or the blinding bling, it’s the Gulfstreams, Bombardiers and Embraers, all neatly parked on a section of vacated runway.

About 140-odd guests stroll among these sleek flying machines in dapper suits and floor-sweeping gowns, sipping champagne and swapping business cards. Among them are ministers, business tycoons and top-level executives.

“This reminds me of the Moscow Millionaire Fair that we were invited to last year,” says Eliena, glancing at her surroundings. “That one had everything . . . clothes, mobile phones, private islands, even a US$209,000 diamond-encrusted saucepan.”

For the uninitiated, the Millionaire Fair in Moscow has been held since 2005 in celebration of excess, luxury and capitalist consumption, a concept that many of Asia Pacific’s richest inhabitants are warming up to. According to the World Wealth Report 2010, the number of millionaires in this region surpassed Europe’s for the first time in 2009.

A report by Forbes stated that, among the world’s wealthy, it is the high net-worth individuals of this region who may best exemplify the maxim, “If you’ve got it, flaunt it”. In other words, when they spend on luxury items, Asia’s tycoons — who have a combined wealth of US$9.7 trillion, up 31% from 2009 — are the most likely to splurge on yachts, private airplanes, high-end automobiles, jewellery and sports teams.

Arun, for instance, has his sights set on a private island off the coast of Canada.

“I know Asia seems like a great choice, but there’s a lot of piracy and infrastructure problems to deal with,” he says.

Then there is chief operating officer Khairul Shahril, 35. The self-effacing, cigar-puffing millionaire may have acquired two jets (for business purposes) that night, but his real passion is in sailing.

“I have a RM4mil racing yacht which I take on regattas,” he quips, flashing a grin.

“I think Malaysian millionaires still have a lot to learn about private jets,” opines Arun. “Only a handful of people here own one. It’s more of a Western thing.”

Still, Yim believes there is enormous growth opportunity for the private jet industry in Asia.

“Currently, there are less than 400 private jets in the Asia Pacific, representing just 3% of the world’s private jets. North America still has the world’s largest private jet fleet at 73%. Hence, aircraft manufacturers are predicting a boom in private jet sales here over the next 10 years to about 12% of total worldwide inventory,” he says.

Vice president of Embraer, Jose Eduardo Costas, claims more and more Asians see the private jet as a convenient mode of transportation. As of 2009, the real cost of a private jet (for one person) is about 50 times higher than flying coach, and about six times more than first class.

“Of course, flying first class is cheaper,” says Costas. “But a lot of our clients prefer to travel in a private jet because, not only are they able to get to the destination quicker, they’re able visit all the little islands that won’t be accessible with a commercial airplane.”

There is also a saying in the private jet business: If you have to ask the price, you can’t afford it.

In an interview with Fortune magazine, Adam Webster, the co-founder of rsvpair.com, an air charter directory says, “Historically, it’s been a rather ugly business. People generally don’t hunt for the best prices because it’s a status symbol.”

If you were rolling in more money than you knew what to do with, there’s no better buy than the world’s biggest and most luxurious jet, a custom Airbus 380. For US$475mil, you get what the UK’s Daily Mail calls a “flying palace”, replete with five suites, a boardroom, a Turkish bath and a concert hall.

Saudi Prince al-Waleed bin Talal, owner of the Savoy Hotel, reportedly has one. Costas agrees that customisation is a huge deal for his clients.

“Many of them hire their own designers to sort out the colour and styles of the interior,” he says. “There’s even one family who embossed their logo in the aircraft and got gold-plated finishing on all seatbelt buckles.”

These VIP interiors, Forbes reported, is especially common with Gulf States royalty, who “really go to town on their airplanes”. However, “just outfitting their cavernous interiors with the little touches that make a plane a home could cost the owner millions of dollars.”

Not all private jets owners are gazillionaires, however. These days, a high number of white-collar professionals see the private jet as a business tool, reveals Costas.

And how do they fly in a private jet without spending a fortune? Charter one.

“Sometimes, it makes more sense for people to charter their own jet, especially if they travel less than 300 hours a year,” he says.

Chief executive officer Tan Yang Po, 38, is at the party for just that reason — to charter an airplane that could fly club members to view different properties around the world.

“I think a 16-seater is too small,” murmurs the soft-spoken Tan, who struck gold in property investment at the age of 20. “I’m looking for something much bigger. A 300-seater perhaps?”

There are nonetheless, a few caveats to chartering your own plane. According to Fortune, “Some companies push fractional ownership of jets, others want you to shell out $100,000 to buy a debit card redeemable for flight hours, and many just act as middlemen between you and the thousands of charter operators nationwide. There’s no Expedia, Travelocity or Orbitz to help you sift through the options.”

Which pretty much brings us back to square one: Buy your own jet. And that is precisely what happened that night as the rich and famous blew their dough on airplanes great and small. The night’s biggest lesson was not in private jets, however. Rather, it was a few words of wisdom, courtesy of Khairul.

“Success is about never giving up,” he says matter-of-factly. “It’s like sailing. Once you set sail, you can never turn back. Once you stop trying, you have failed.”

As the evening wears on and conversations fizzle, Yim grows noticeably more relaxed.

Beaming, he says, “The party went really well. Several hundred thousands’ worth of diamonds were bought tonight alone. In fact, the response has been so overwhelmingly positive, we are already being asked to organise an encore event, on a larger scale in April this year. We’re hoping to time it with the F1 Season in Malaysia.”

For some, however, the night is still young. A little after 10pm, chairman of the Sepang International Circuit, Mokhzani Mahathir, makes his sweeping entrance onto the tarmac . . . in nothing less than a private jet, of course. 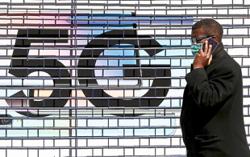