Adoptive parents: We don't feel a bond with our child

Stigma and shame are preventing many adoptive parents from seeking help for their post-adoption depression.

ADOPTING a child is supposed to be a joyous event, but for some mothers, it is far from a Hallmark moment. The adoptive moms feel powerless, worthless and hopeless, they can’t sleep or eat, or they sleep or eat too much and they withdraw from the world.

They are suffering from Post-Adoption Depression Syndrome (PADS), which results when the idealised expectations of motherhood fall short of the reality. It differs from postpartum depression caused partially by the changes in a woman’s body after childbirth.

“I call the process leading to adoption ‘applying for a license to parent,’” said Karen J. Foli, associate professor at the Purdue University School of Nursing in Indiana, “because prospective adoptive parents are trying to convince people that they are going to be really good parents, but when the child arrives they can fall short of what they expected of themselves.”

Foli and her husband, psychiatrist John R. Thompson, who are adoptive parents, wrote The Post-Adoption Blues: Overcoming the Unforeseen Challenges of Adoption in which they examine the reasons for the negative emotions that follow adoption of a child. 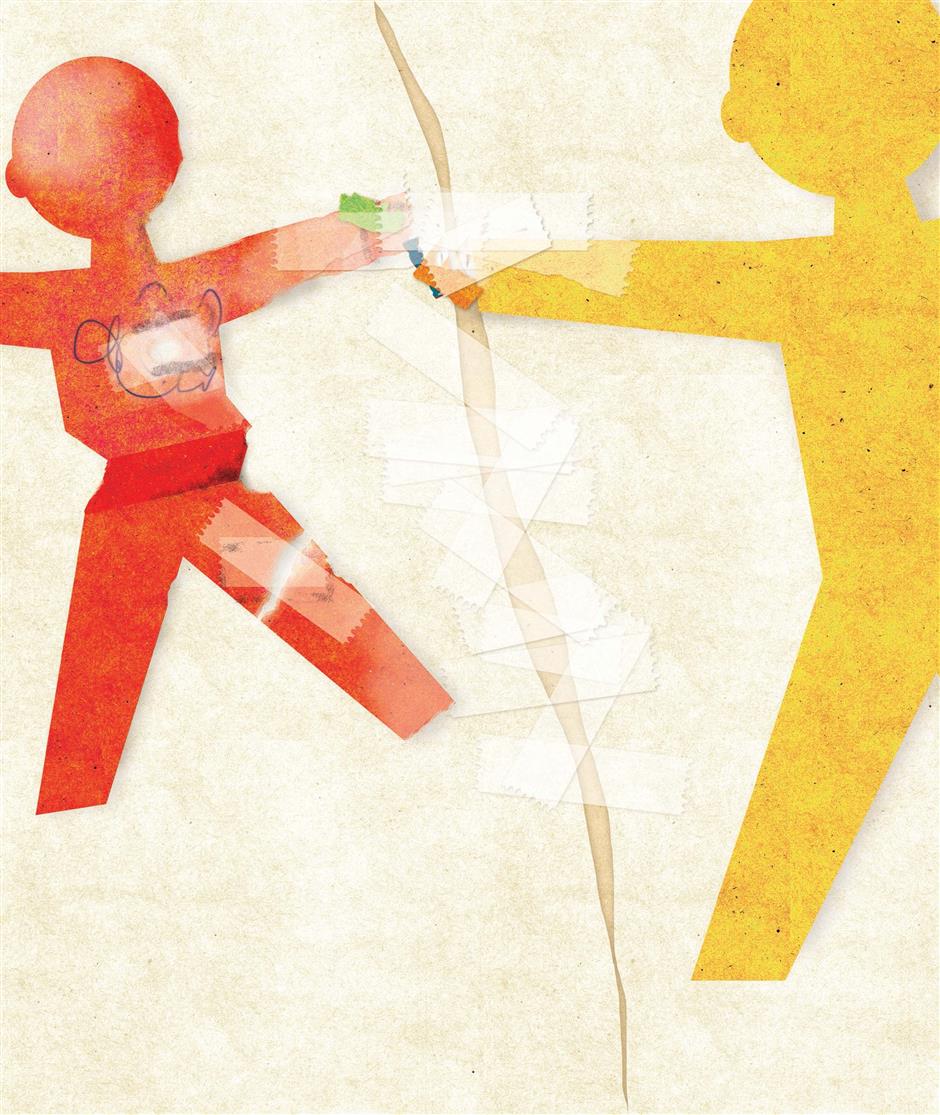 Adoptive parents are often let down when they realise they do not bond immediately with their adopted child, and vice versa. – TNS

Some mothers expect that they will fall in love with their child immediately – or that the child will bond with them right away – and feel guilty or disappointed when it doesn’t happen. Mothers also may have imagined an idealised perfect adopted child, only to discover that the child has special needs.

Further complicating the emotions for women who have had unsuccessful fertility treatments, a hidden layer of grief may surface for the loss of the birth child they will never have.

An adoptive mum may be disappointed when she doesn’t receive the same outpouring of support that a birth mother does.

“Bringing home an adoptive child is often a different type of experience compared (with) a pregnancy,” Foli said, “and so people may not realise the mother and father need help.”

Adoptive mothers suffering from post-adoption depression, which may wax and wane over many years, often are reluctant to talk about their unmet expectations.

“There is often a lot of stigma and shame felt by parents who have the symptoms of post-adoption depression, so they are hesitant to seek help,” Foli said. “That’s why awareness of the problem is so important. It’s important that an adoptive parent seek help from a person who is aware of the dynamics of adoption and understands the unique issues of adoptive families.”

Adoption agencies are beginning to meet that need.

“We want to let adoptive families know that it wouldn’t be unexpected if they experienced depression,” said Sarah Horton Bobo, national director of post-adoption support and education for the organisation, which has 100 offices in 35 states.

Before the adoption, counsellors ask families to make a list of their support system of family and friends and professionals and also of people they can turn to locally or online after the adoption.

“Coping with depression after adoption is not just seeking out intensive counseling or using medications,” Bobo said. “There are other things they can do, such as taking a break for exercise and self-care.”

Mothers also are also given information on bonding. “Some families feel almost as though they are baby-sitting, and we acknowledge that it is not unexpected and that as time goes by those connections will grow stronger,” Bobo said.

“The key is to take small steps, such as infant massage, that can build attachment and to find time to be playful with the child and to listen to the requests of older children and instead of saying no, giving them two acceptable choices, so they begin to trust the parents.”

Foli has conducted preliminary studies with colleagues Susan South of Purdue and Eunjung Lim at the University of Hawaii to identify who is at risk of developing PADS. One factor is a mother who has a history of depression or is not feeling rested or is struggling to bond with her child. A father also might become depressed if, for example, his expectations of the child are not met or if he lacks support from family and friends.

“We want to learn more about the risk factors so we can minimise or prevent depressive symptoms from occurring and ultimately find the best interventions and treatments,” Foli said. “We know from research findings with birth families and some adoptive families that if parents struggle with depressive symptoms, their children will be more at risk for negative outcomes. A person struggling with depression won’t be able to be as nurturing and as responsive to the child’s needs, and that is why this research is important for the entire family.” – Chicago Tribune/ Tribune News Service