Of the 8 million kids in institutions worldwide, more than 90% aren't orphans

Many children live in orphanages because their parents cannot look after them, and there are efforts to de-institutionalise them.

Devi (not her real name) has lived in an orphanage in Petaling Jaya for most of her childhood. At 12, she's preparing to move into another shelter for older girls. Instead of worrying about the adjustments she has to make, Devi is more concerned about whether her mother will come to visit her at her new home.

“The new place is further from our house compared to this home. My mother is also not feeling well. She was injured at work, so she might not come to visit me for a long time,” says Devi, who lives in an orphanage because her family cannot provide for her.

Devi’s father has passed away. Her mother works as a lorry driver, while her two brothers are currently between jobs. “My mother feels I should stay here with the other kids. She thinks it’s better for me, although what I want most is to live with her and my brothers. I want to be with my family,” she says.

Devi isn't the only child growing up under such circumstances in Malaysia or around the world.

According to Lumos, an international NGO registered in Britain, there are eight million children living in institutions and more than 90% of them aren't orphans. These children have at least one living parent or relatives, but are growing up in institutions because their families can’t look after them. Disabled children are also often institutionalised when parents can't care for them.

“No matter how much money you throw into an institution, you cannot create an environment that replaces a family. And even if you have staff, they change every eight hours (according to their shifts) and the child can’t form relationships in the way they would with their father, mother or siblings,” says Lumos CEO Georgette Mulheir at the recent "De-institutionalisation: Every Child Needs A Family" forum organised by the Ministry of Women, Family and Community Development and OrphanCARE in Kuala Lumpur.

“So, even the ‘good’ institutions are not doing for the children what they need. There are children who are 13 but look like they are eight. They are fed enough food but they suffer from a very specific condition called ‘non-organic failure to thrive’, which applies to children who have not formed an attachment to their carer, and they physically don’t develop in the way they should.” "No matter how much money you throw into an institution, you cannot create an environment that replaces a family," says Lumos CEO Georgette Mulheir.

From Institutions Into Homes

Founded in 2005, Lumos, formerly known as the Children’s High Level Group, is a charity chaired by best-selling author JK Rowling that works with governments, NGOs, families and children across the globe to take children out of institutions and place them into caring families. In her presentation, Mulheir shared that children raised in institutions are 10 times more likely to be involved in prostitution than their peers, 40 times more likely to have a criminal record, and have a higher mortality rate. They are vulnerable to all forms of abuse and institutionalised children with disabilities are subjected to even worse predicaments.

Lumos reports that a significant number of children are now admitted to institutions because they are being abused or neglected in their families. However, the definition of neglect differs under different circumstances and in most countries, parental neglect is connected to poverty and a lack of support services.

Despite policymakers’ best intentions, placing abandoned children in institutions not only increases the trauma they experience but also exposes them to greater risk of abuse and deteriorates their development. They need to stay with families – be it their own or through adoption or foster care – and this is where Lumos steps in.

Together with their partners, Lumos works to replace institutions with community-based services that provide children with access to health, education and social care tailored to their individual needs. It also encourages stable families to adopt or provide temporary foster care to these underprivileged children.

“If you use only a fraction of that money (to sustain institutions) to support families, you can help many more children,” says Mulheir. This allows families to provide the loving care their children need to develop to their full potential and build a positive future for themselves.

Since its inception, Lumos has introduced and successfully implemented de-institutionalisation in several countries – namely Moldova, Bulgaria, Czech Republic, Ukraine and Montenegro – encouraging the governments to try a system which offers direct support to vulnerable families instead of breaking them apart. As of 2014, all European Union member states have pledged to stop funnelling money into building new institutions or renovating existing ones.

“In the countries where Lumos works, we have programmes to support parents to keep their children. They don’t feel pressured to leave their children in an institution. We try to identify families that need our help and give them solutions,” explains Mulheir. According to their official website, Lumos has prevented more than 300 children in Moldova from being left in institutions. Troubled families with young children were quickly identified and given necessary solutions – from counselling, support for schooling, financial support and even help mediating relationships in the family.

In Bulgaria, Lumos worked with the General Toshevo municipality to hire a community nurse to make home visits where she will work with the Child Protection Department, medical and educational professionals. Lumos also works at the maternity ward at the St Anna Municipal hospital to prevent the abandonment of new-born babies. Over a 10-month period, 19 families and their babies were referred to the Early Intervention Service where they were given the necessary support and help.

In the Czech Republic, Lumos has been training social workers to help them strengthen the support system provided for parents and children.

“It is absolutely feasible to end institutionalisation in every country in the world. Malaysia has a developed economy and a strong government, so it would be easier to implement de-institutionalisation here compared to the poorer countries,” says Mulheir. “There is clearly a lot of generosity in this society. Sometimes, it is misplaced. People are pouring in money into institutions but if we can take that generosity and pour it into the community and the family, I think that there is a real chance of a big change happening in Malaysia very quickly.”

In The Right Direction

Based on data provided by OrphanCARE, an NGO specialising in finding homes for abandoned children, there are 90 registered private institutions for orphans and 117 for disabled children in Malaysia. Add that to the 35 government-run orphanages and homes, there are about 13,000 children living in registered institutions in the country.

OrphanCARE Foundation trustee Nor’aini Hashim shares that while there isn’t a conclusive number, they estimate that at least 80% of the children living in registered institutions locally have a next of kin.

“There are many children’s homes which are not registered with the Government, so until a comprehensive survey is conducted, we really have no idea on the total number of children institutionalised (and how many of them have families to return to),” says Nor’aini, adding they have started working with the government to collect data on unregistered orphanages. “We have to remember that de-institutionalisation is not just about adoption, it is also about reintegrating children with their families.”

OrphanCARE senior researcher and volunteer Dr Ananthi Al Ramaiah shares that there are several key areas that the Malaysian government should look into before implementing de-institutionalisation, such as the adoption and foster care system.

“The purpose of de-institutionalisation is not to shut down institutions immediately. That is one of the last things you do when everything has been put into place. You need a strong adoption system to make this work. Unfortunately, that is not a well developed system in Malaysia, and that is what OrphanCARE is working on together with the government to do,” she says.

Nor’aini believes that there are so many things the government needs to learn and understand before implementing the programme.

“Malaysia is currently not ready to provide the training, care, financial support and other elements that come with de-institutionalisation, to the families that have agreed to take back their children from the orphanages. But we are moving in the right direction,” she says.

“The forum held last month was great at raising awareness about the critical need to de-institutionalise children. Mulheir presented an overview of ‘The 10 elements to de-institutionalisation’ – a training programme that examines the various issues that need to be taken into account when governments transition from institutional to community-based care, illustrating how this process works in practice from the countries where Lumos is working.”

In August, representatives from OrphanCARE and the Ministry will attend the training programme. “We will then work towards putting in place the elements necessary for deinstitutionalisation. A key element will be training counsellors and social workers, and we plan to do that in September,” adds Nor’aini.

Ananthi says we also need to look at our foster care system. She believes that with the establishment of distinctive foster and adoption systems, and with NGOs and governments working hand in hand, de-institutionalisation is achievable here.

“We know from the experience of countries like Moldova and Romania that de-institutionalisation can be done, successfully and progressively with the all the stakeholders involved. In Moldova for instance, 70-80% of children have been reintegrated with their families,” says Ananthi. “We’re talking about the poorest country in Europe here and it has suffered quite a significant amount of political upheaval. So, there is no reason why this should be beyond our ability in Malaysia.” 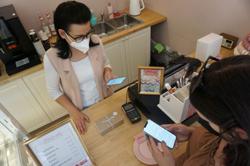