After a gunman murdered her friend, this Brazilian woman is out to fight 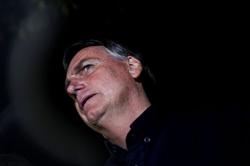 Souza calls it the most painful moment of her life: the day gunmen murdered her friend and fellow activist Marielle Franco, an outspoken black- and LGBTQ-rights campaigner whose killing triggered outcry in Brazil and beyond. Photos: AFP

Renata Souza calls it the most painful moment of her life: the day gunmen murdered her friend and fellow activist Marielle Franco, an outspoken black and LGBTQ rights campaigner whose killing triggered outcry in Brazil and beyond.

But four years later, Souza – who, like Franco, defines herself as "a black woman from the favela" – is carrying on the slain Rio de Janeiro city Councillor's fight, running for reelection as a state lawmaker in Brazil's Oct 2 elections.

With big golden earrings shaped like maps of Africa and colorful clothes that contrast with the monochrome tones of the Rio state assembly, Souza is following in Franco's footsteps by daring to fight for the rights of poor people and blacks in a deeply divided Brazil.

That means waging a daily battle in the state legislature, a "hostile" place where she has even been blocked from using the elevator reserved for elected officials because people assumed she was on the cleaning staff, she says.

"You arrive there saying, 'I'm a black woman from the favela, and I'm here to fight for all that,' and people get scared," the spirited 40-year-old says in the small living room of her family home in the Mare favela, on Rio's north side – the same slum Franco came from.

"People like me have always been relegated to the periphery of politics." Souza won her seat in 2018, the same tumultuous year Franco was killed in a hail of bullets and Brazil elected President Jair Bolsonaro – the far-right ex-army captain now running for reelection.

In a year when Bolsonaro's win shifted Brazil dramatically to the right, Souza won the most votes of any left-wing candidate in Rio state.

She remains a hugely popular figure in the Mare, greeting people constantly as she winds through its narrow, bustling streets.

Souza, the youngest of three children, had dreamed of being a journalist, hoping to counter the traditional media's portrayal of the favelas as havens of violent crime, she says.

The only one in her family to attend university, she met Franco in high school and got involved in activism with her, calling for justice over police killings in the slums.

"They were killing friends of ours. It hit close to home. So defending human rights started to look like self-defense," she says.

In 2006, her friend and fellow activist Marcelo Freixo – now a candidate for Rio governor – asked her to help him run for state legislature.

Souza was repulsed by politics, she says.

But Freixo reminded her there were two police officers running on a platform of intensifying armed raids in the favelas.

"He convinced me in one sentence. 'Renata,' he said, 'I have to run, because our enemies are running,'" she recalls.

That election day, the reality of what they were fighting came crashing home: her boyfriend's three-year-old nephew Renan was killed by a stray bullet from a police operation.

It is an all-too-common tragedy in Rio. Last year, 116 people were killed by stray bullets in the metropolitan area, according to the watchdog group Fogo Cruzado.

"I heard that shot," says Souza, still shaken. "I said to myself, 'Here I am fighting, and they kill a child! This is useless.'"

Still, she kept at politics behind the scenes.

When Franco decided to run for office, Souza worked as her campaign coordinator, then became her chief of staff when she won.

She says she felt like giving up when her friend was murdered at age 38 on March 14, 2018 – a crime for which a perpetrator has yet to be brought to justice

Instead, she ran for office herself – and won.

She is one of just five black women in Rio's 70-member legislature, despite the fact more than half the state's population is black or mixed-race.

She has had to leave the Mare after receiving death threats from pro-Bolsonaro groups.

But she is proud to have passed legislation prioritizing the investigation of murdered children and against the mistreatment of pregnant black women in the health system.

"But it's worth it for those victories." – AFP 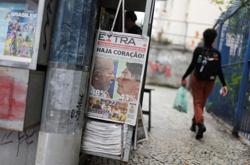 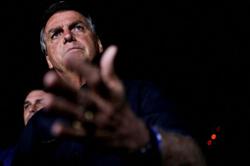