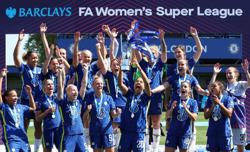 Siti Farizun (left) and Frediana are not intimidated by the mainly male firefighters they work with. Photos: Bernama

While she was part of the on-air team at Radio Televisyen Malaysia (RTM) Sabah, Frediana Kamilis would have read out news reports involving firefighters on air. Now, she is one them.

Talking about her career change in July 2017, Frediana said she was welcomed into the fold after going through 11 months of gruelling training at the Malaysian Fire and Rescue Department (JBPM) academy in Kuala Kubu Baru, Selangor.

The 33-year-old, who has attained the rank of Bomba enforcer, is now based at the JBPM headquarters in Putrajaya and attached with the training division.

Even though the firefighting field is male dominated, Malaysian women are proving their mettle and joining the force to serve the country too, said the Sabahan who left her beloved family behind to pursue a career in the uniformed services.

The Universiti Malaysia Sabah (UMS) sports science degree-holder said: "It may be a man’s world, but we are up to it. We can carry heavy firefighting equipment and drive a fire truck, too.”

Bomba senior enforcer II, Siti Farizun Naim, said it has been her dream since childhood to become a firefighter.

The 33-year-old said she applied to the uniformed services through the Public Services Commission of Malaysia (SPA) website and "Alhamdulillah, I was called to do a physical test, went through several interviews and a qualification test”. 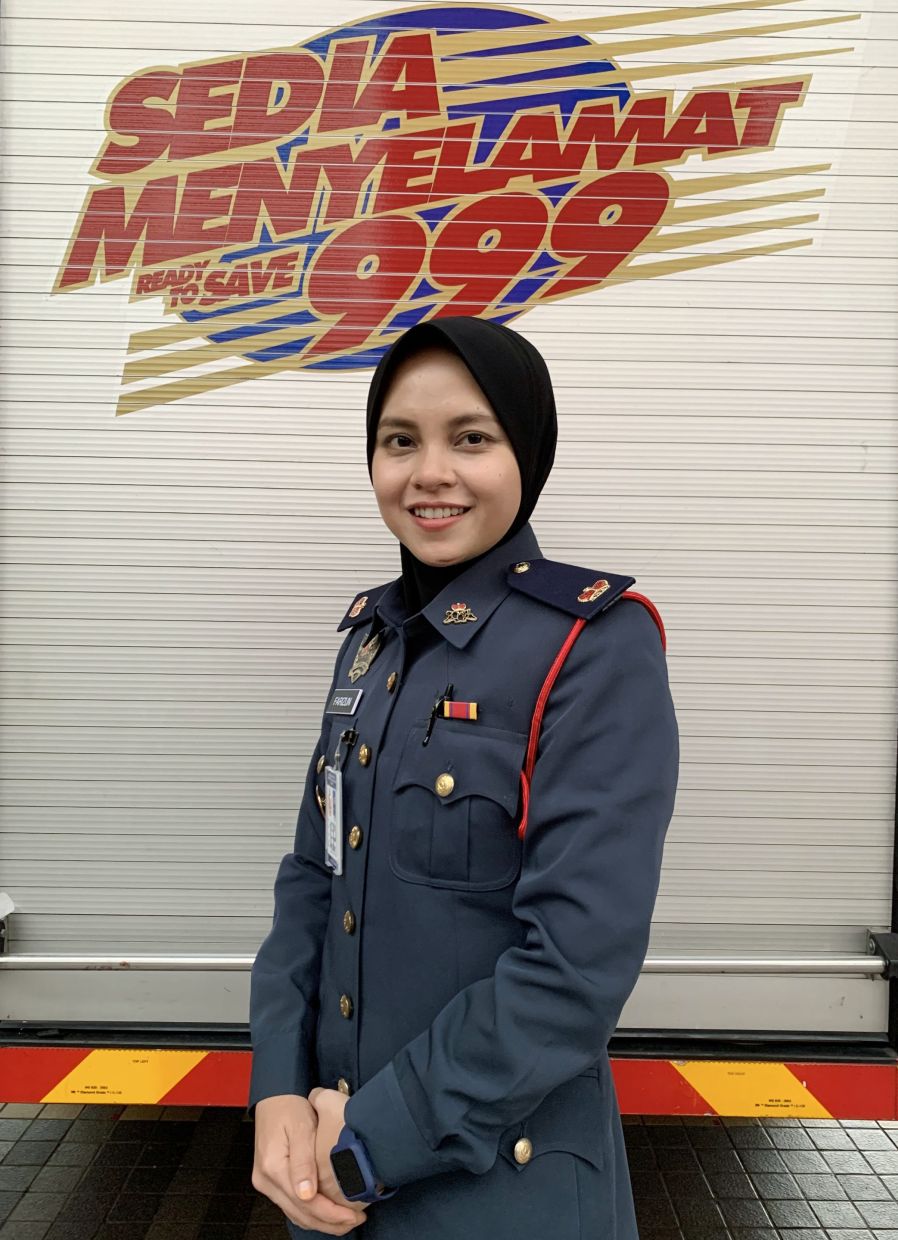 Becoming a firefighter has been a childhood dream for Siti Farizun.

Admitting that before she joined eight years ago she had superficial knowledge about firefighting, she now appreciates the challenges and sacrifices of the men and women who put their lives on the line to help others.

Fondly called "Yun”, she said her best memory of being with the JPBM is when she was assigned to the air base in Subang, Selangor from 2013 till 2017.

"I had to do training that involved abseiling, fast-roping and diving out of a plane into the sea. I was afraid but I overcame my fear through self-confidence and my parents’ doa, ” said the firefighter from Teluk Intan, Perak.

JBPM bomba operations and rescue division director, Datuk Nor Hisham Mohammad, said women make up 4.9% of the total 15,658 firefighters in the country and that 125 out of the 645 women are senior officers.

"In Europe, female firefighters make up between two to five percent. In the United States, for instance, it’s 4%, the Netherlands is 3.3% and Germany is 2.3%. So it can be said that JPBM’s percentage is high, ” he said.

He said the minimum height and weight requirement for female firefighters is 1.53m and 46kg.

He said that in the qualification test, they will need to be able to lift a weight of 46kg, shuttle run as well as raise and climb a 4.75m ladder, among other things.

"Shoulder and back strength are also taken into account because firefighters often have to lug heavy equipment, ” said Nor Hisham. – Bernama 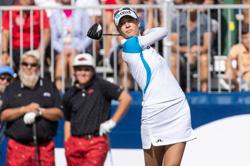 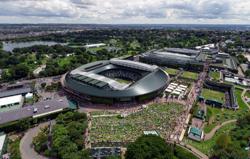