What happened to Malaysian school girl Ain is unfortunately more common than not in institutions of education that normalise a culture of rape and sexual harassment, says Awam. Photo: Reuters

One hundred and twenty-five accounts of girls having to go through period spot checks, 108 accounts of bullying and 88 of sexual harassment have been reported through social media influencers or to the All Women’s Action Society (Awam).

In a statement to the media, the women’s group said these figures, collected between Apr 16 to 26, are proof that the rape "joke" made by Form FIve student Ain Husniza Saiful Nizam’s teacher recently is just "one of the many incidents in a culture of sexual harassment and bullying" in educational institutions.

Much more needs to be done to ensure that schools and other such institutions can become safe spaces for students, it added.

While recognising the Education Ministry’s accountability towards its commitment of zero-tolerance towards rape jokes (through its transfer of the particular teacher to the Selangor State Education Department), Awam said that this must be "just the first step" in addressing the problem.

Recently, students both past and present shared instances of bullying, harassment and other inappropriate acts conducted in schools. Among them were “period spot checks”, highlighted when a Twitter user tweeted about whether such practices were still being practised in boarding schools, including MRSM institutions.

He said it was a practice during the month of Ramadan for some ustazah to conduct these spot checks and demand “proof” to make sure students did not use menstruation as an excuse to get out of prayers and fasting. Other Twitter users responded with their own horror stories of being harassed, violated and shamed.

Awam revealed in its statement that women and girls comprised 91.6% of the survivors while men and boys constituted 6.2%. Many survivors experienced more than one form of violation.

Out of those who shared their story, 99 (91.6%) were children. The ages from 13 to 15 years old, when students (especially girls) experience pubertal changes, was found to be the stage when sexual harassment and bullying were most prevalent. The sexual harassment and bullying occurred in primary, secondary and boarding schools, with each institution having 51,58 and 55 cases respectively. Although there were violations happening in colleges, daycare centres and school camps, the number of cases was fewer.

The perpetrators of the sexual harassment or bullying were predominantly figures of authority. Out of 311 perpetrators, 247 of them (79.4%) were teachers, ustazah, ustaz and wardens. While there were student perpetrators such as prefects and senior students, especially in the case of period spot checks, these were in the context of a normalised practice sanctioned and enforced by the teachers, ustazah or ustaz.

Among the period spot checks, the nature of violations that had the highest accounts (30 reports) were stripping and showing pads to figures of authority, groping (23 reports), and cotton bud/tissue swabs (21 reports).

Though fewer in number, sexual harassment and bullying of male survivors were no less devastating, the statement said.

These cases of bullying included public humiliation, being slapped and punched, as well as racial bullying while sexual harassment violations included pinching of nipples, groping of private parts and being stripped by figures of authority to check for signs of puberty.

Awam urged the Education Ministry to prioritise and implement long-term solutions to ensure that educational institutions in Malaysia can become safe spaces where sexual harassment and bullying will not be norms.

"While not all teachers and wardens are perpetrators, the number that are perpetrators will cause long-term negative effects to the school system and the children’s future," it said.

Awam proposed several long-term solutions including working with civil society organisations and other gender experts to implement gender sensitisation training among school authorities to inculcate a fundamental awareness of gender roles, power, physical boundaries, consent and gender-based violence, and to revise the curriculum in teachers’ training colleges to include topics on gender awareness and sensitivity so that future generations of teachers and educators will not perpetuate a rape and sexual harassment culture.

"The existing teachers' code of conduct in teachers training colleges should also be improvised to include issues of sexual harassment, abuse and bullying, and it needs to be enforced nationally. A working relationship with Lembaga Kaunselor Malaysia should be established to provide support for teachers who are also school counsellors so that they can better understand the work ethics of a counsellor and provide quality-assured counselling services," it said.

The womens’ group also suggests implementing a monitoring and evaluation system and other supportive measures and interventions that promote gender equality, as well as girl and women empowerment. 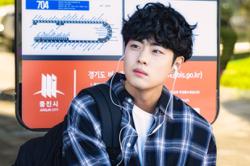