Ho in a sketch called 'Can I Take Your Order?' which takes a lighthearted look at funny customer behaviour. Photo: YouTube/The Ming Thing

To Malaysian, Ho Ming Han, 31, being a YouTuber involves “realistically, a lot of stress, anxiety and pressure”. The most important quality that a YouTuber must have in order to be successful, he reckons, is “100% flexibility”.

Chances are, if you’re an avid watcher of YouTube videos, you might recognise Ho as one half of The Ming Thing, the other being his younger brother, Ming Yue, 28.

Ho first started posting videos on YouTube while in university. His first YouTube video was a rant about car parking issues at his university in 2011. He was 21 at that time.

“I initially started a channel for music because I wanted to post some songs that my brother and I perform. And, the current “The Ming Thing” channel really didn’t start with any purpose other than me wanting to do something other than writing my thesis, ” he says.

But what started out as a personal channel, grew into something that exceeded his expectations, and he now works with a team to create and produce videos.

Today, Ho has two main YouTube channels: The Ming Thing and MingsuBingsu, but he has also set up a few other lesser-known ones. Ho in a sketch called 'Your Accent Come From Where'. Photo: YouTube/The Ming Thing

While The Ming Thing, which has over half a million subscribers, deals with entertainment and features short films, stories and comedy sketches, MingsuBingsu deals with daily life and features his family. Ho is married and has a baby daughter.

To him, inspiration comes pretty much from “anything”.

“It can come from something as epiphanic as watching the sunset, or something as simple as overhearing what someone says in the lift, ” he says.

Ho adds that almost “everything” can be an inspiration – since the two channels range from scripted and fictional videos (on The Ming Thing), to just sharing normal, every day thoughts (on MingsuBingsu).

What makes a good video? Ho’s advice to aspiring YouTubers is to “know why you want to do it”. Photo: Core StudiosHo believes that the beauty of YouTube is that “anything has the potential to be a good video”.

“YouTube is all about user-made content – made by users for users. It’s not really a cinema-standardised publishing platform. So, what’s ‘good’ can be subjective.

“What I deem to be X-factor good may be different from what others may think, but ultimately, YouTube creators who make what they love and do it well, tend to succeed tremendously, ” he says.

Also, it depends what is trending and current.

“What may be good today might not have even been noticed a week ago. Everything is always ever-changing, ” he says.

“You’ve to keep going on no matter what because online content is ever-evolving and changes all the time. So, you’ve to keep evolving too, in order to keep up with it – you’ve to keep on adding and building up new skill sets, ” he says.

To Ho, being a full-time YouTuber in Malaysia, involves a lot of courage, discipline and resilience.

“It can be a pretty scary thing. You don’t just have to fend for yourself, but there may be a lot of stigma and prejudice from the mainstream creative industry against you as a non-mainstream creator too, ” he says. Ho (standing) at a video shoot in June 2019, reveals that most of their earnings come from doing branded videos which feature products or services sponsored into them, rather than YouTube directly. — Core Studios

Although he says it’s tough to pinpoint which is his favourite video, Ho loves the short films they’ve created on The Ming Thing.

“They take a lot of time and effort, and I love how they turn out, ” he says.

Ho admits that it’s difficult for English-based content to earn a stable income from YouTube in Malaysia.

“We didn’t really earn much money directly through YouTube. But we do make our living by doing branded videos, or those that feature products or services sponsored into them, ” he says.

Although they don’t have a target market, “unless it’s a branded video or project with a client”, Ho says that their videos “cater to a lot of urbanites – from college students to working adults”.

Ho feels that his fans and followers are “the best”. YouTube is all about user-made content, made by users for users, so anything has the potential to be a 'good video', says Ho. Photo: Core Studios“Although we don’t really portray ourselves as ‘celebs’, we’ve the most supportive and respectful audience ever. So most of the time, if we meet people who watch our videos, they’re pretty cool, ” he says.

“But the funniest and scariest moment I’ve encountered with a ‘fan’ is when I got asked for a photo while in the toilet. I shall not go into the details!” he laughs.

Ho’s advice to aspiring YouTubers is to “know why you want to do it”.

“A lot of people want the online fame, but they don’t realise the hard work that goes into it, so you’ve got to know what you’re getting yourself into.

If you want to be a great video maker and story writer, then go for it. Know which skills you’re good at and which need to be improved. Then work at it, ” he advises.

Like most Malaysians, the pandemic has impacted Ho’s YouTube-ing activities but he’s looking on the bright side.

“The movement control order and conditional MCO did affect our bigger projects. We had to cancel many shoots because we didn’t want to risk the safety of the team and people we work with. But it also gave me the chance to build my family-and-home content a lot more, ” he says.

More info at: The Ming Thing and MingsuBingsu 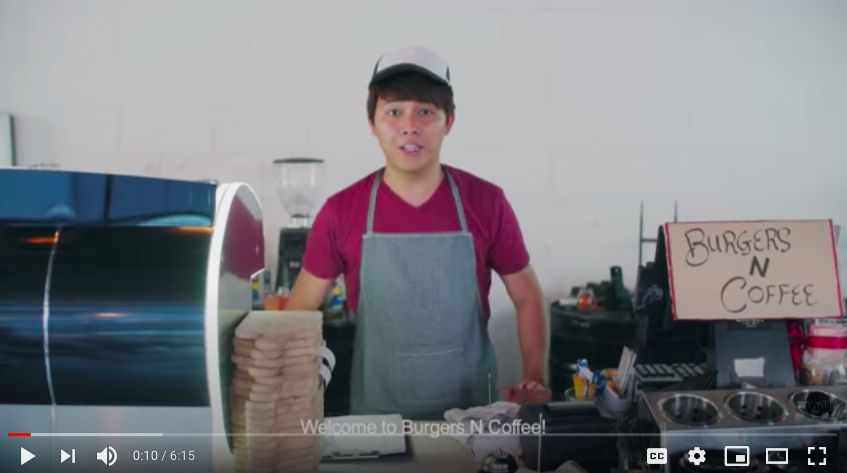 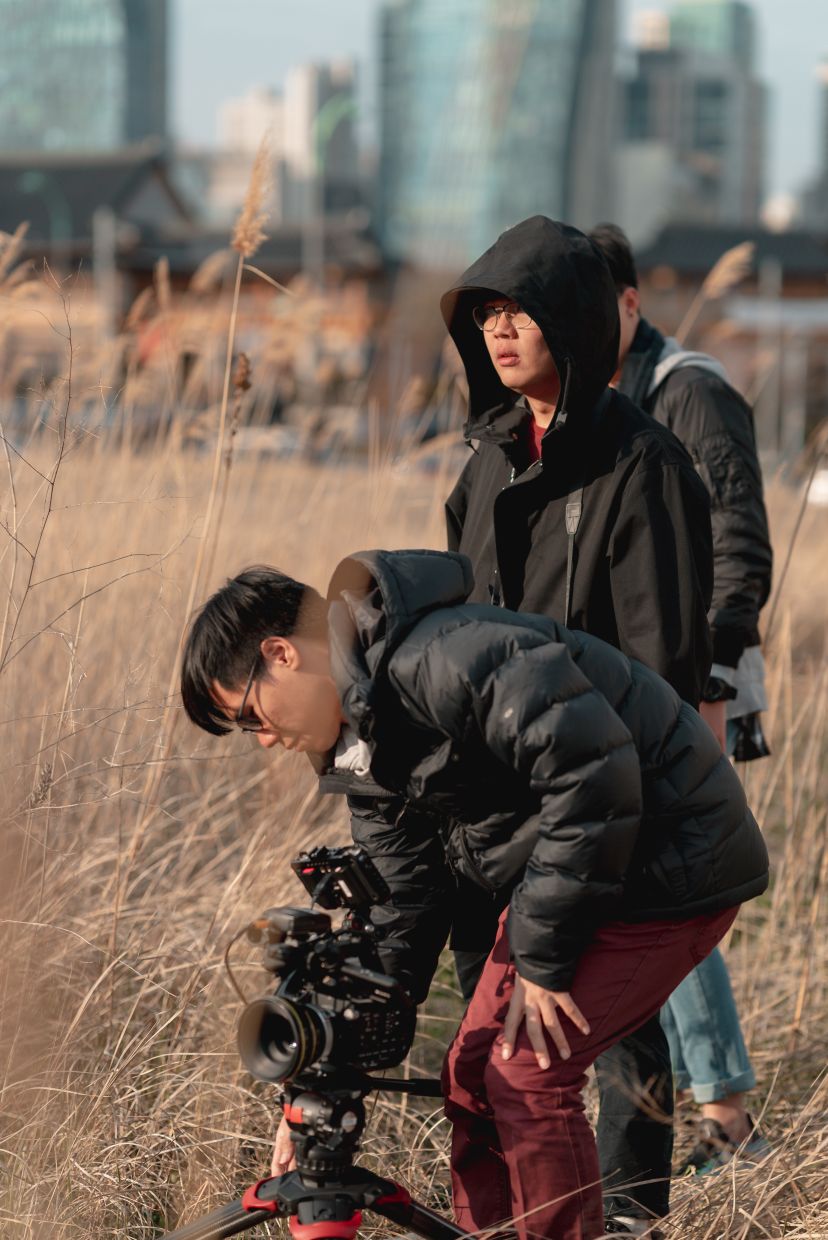 Ho in a sketch called 'Can I Take Your Order?' which takes a lighthearted look at funny customer behaviour. Photo: YouTube/The Ming Thing

Ho in a sketch called 'Your Accent Come From Where'. Photo: YouTube/The Ming Thing

Ho’s advice to aspiring YouTubers is to “know why you want to do it”. Photo: Core Studios

YouTube is all about user-made content, made by users for users, so anything has the potential to be a 'good video', says Ho. Photo: Core Studios

Ho (standing) at a video shoot in June 2019, reveals that most of their earnings come from doing branded videos which feature products or services sponsored into them, rather than YouTube directly. Photo: Core Studios

Ho (centre) during a shoot before the pandemic. Photo: Core Studios

Ho (standing) during a video shoot in South Korea a few years ago. Photo: Core Studios

Ho in action during a video shoot, before the pandemic. Photo: Core Studios