2017 Miss Universe Vietnam winner H'Hen has defied traditional expectations laid on her and is determined to show the next generation a different way. Photos AFP

Skin-whitening, child marriage, a curtailed education: Vietnamese model and literacy campaigner H'Hen Nie has defied traditional expectations laid on her - and is now determined to show the next generation a different way.

The 2017 Miss Universe Vietnam winner, who hails from the Ede ethnic minority group in the Central Highlands, was 14 years old when her farmer mother suggested she find a husband.

"I was really scared of getting married. At that time I liked to swim, slide down slopes and play in the forest," says the 28-year-old.

She was being led down the path of many poor, marginalised ethnic minority children in Vietnam - marrying young, dropping out of school, and having a slimmer shot of making it to positions of power compared to the country's Kinh majority.

But H'Hen had other plans, explaining: "I was competitive and I loved to study. And I had lots of dreams."

Today, as the first ethnic minority woman to win Vietnam's crown, H'Hen is widely regarded as a trailblazer, going on to represent the country on Miss Universe's world stage and finishing in the Top Five.

She is now an ambassador for global non-profit Room to Read, which focuses on girls' education in the developing world - an issue pulled into sharper focus as the coronavirus exposes inequalities globally.

A recent Malala Fund report found that 20 million more secondary school-aged girls are at risk of permanently dropping out of school compared to boys by the time the crisis has passed.

Charities are also warning that years of progress tackling child marriage is being undone as desperate families, plunged into poverty because of the pandemic, marry young daughters off -- meaning they are less likely to complete their education. 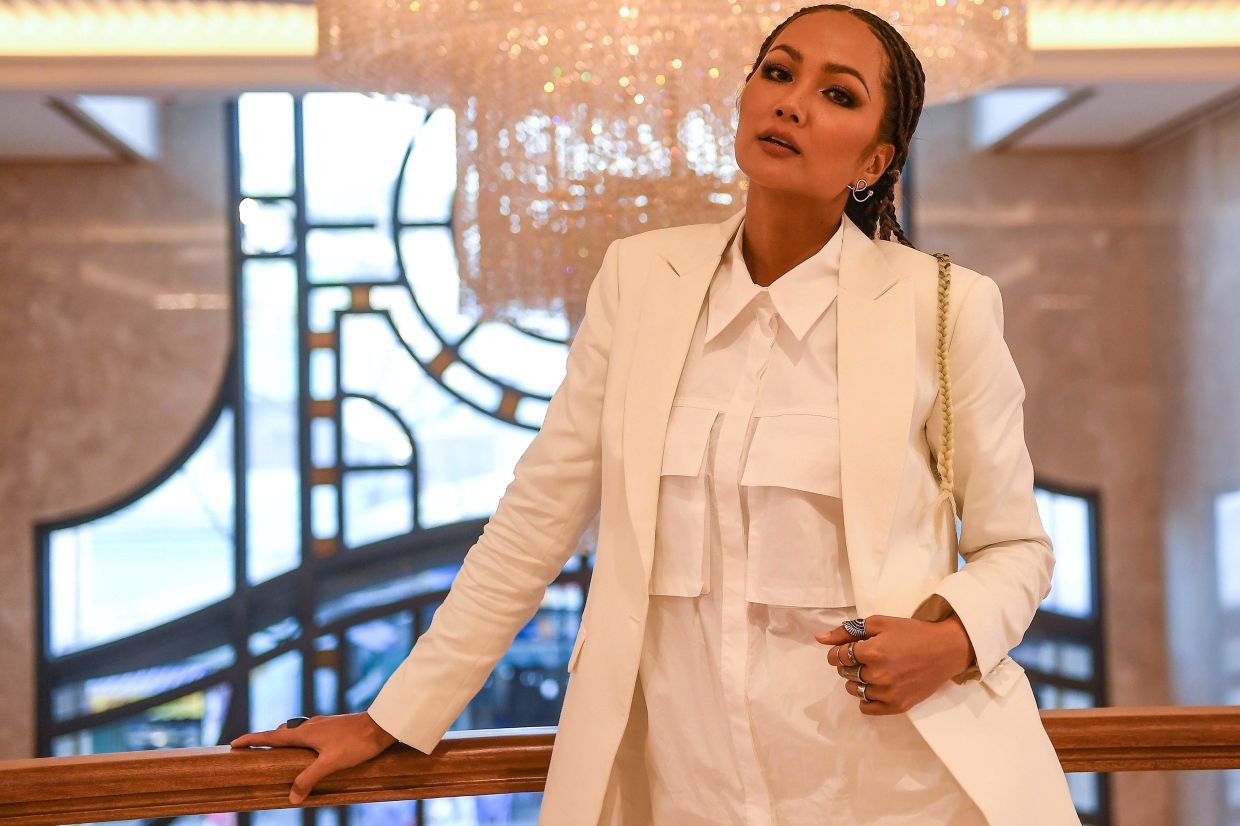 In Vietnam, the legal age to wed is 18, but UNICEF says one in ten girls are married before. Amongst ethnic groups the figure is almost double that.

Growing up with six siblings in a traditional stilt house, H'Hen knew from a young age what was expected of her due to her gender and ethnicity - but she defiantly rejected the pressures to conform.

Even beauty became a battleground.

Colourism - prejudice against darker skin tones - is pervasive across Asia. Today, in the aftermath of the global Black Lives Matter protests, a backlash has begun against archaic beliefs that fair complexions are more desirable.

But even as a young girl, H'Hen was ahead of the times. Her mother tried to convince her to use skin whitening products.

"I refused to take it and would run away to play," H'Hen remembered. "Teenagers often bought cream that made their faces extremely white... but I didn't want to be like them."

And while never outright rejecting her mother's suggestions of marriage, she instead turned to her books and taught herself Vietnamese - her passport out of the rural village where only a local dialect was spoken.

Her early days in the bustling city were less glamorous. She worked as a maid to fund her degree in corporate finance, and family too came round to her ambitions.

She says: "My mother started to save money for my studies. It was a huge sacrifice. I think my siblings were perhaps not given that much food -- certainly no treats." 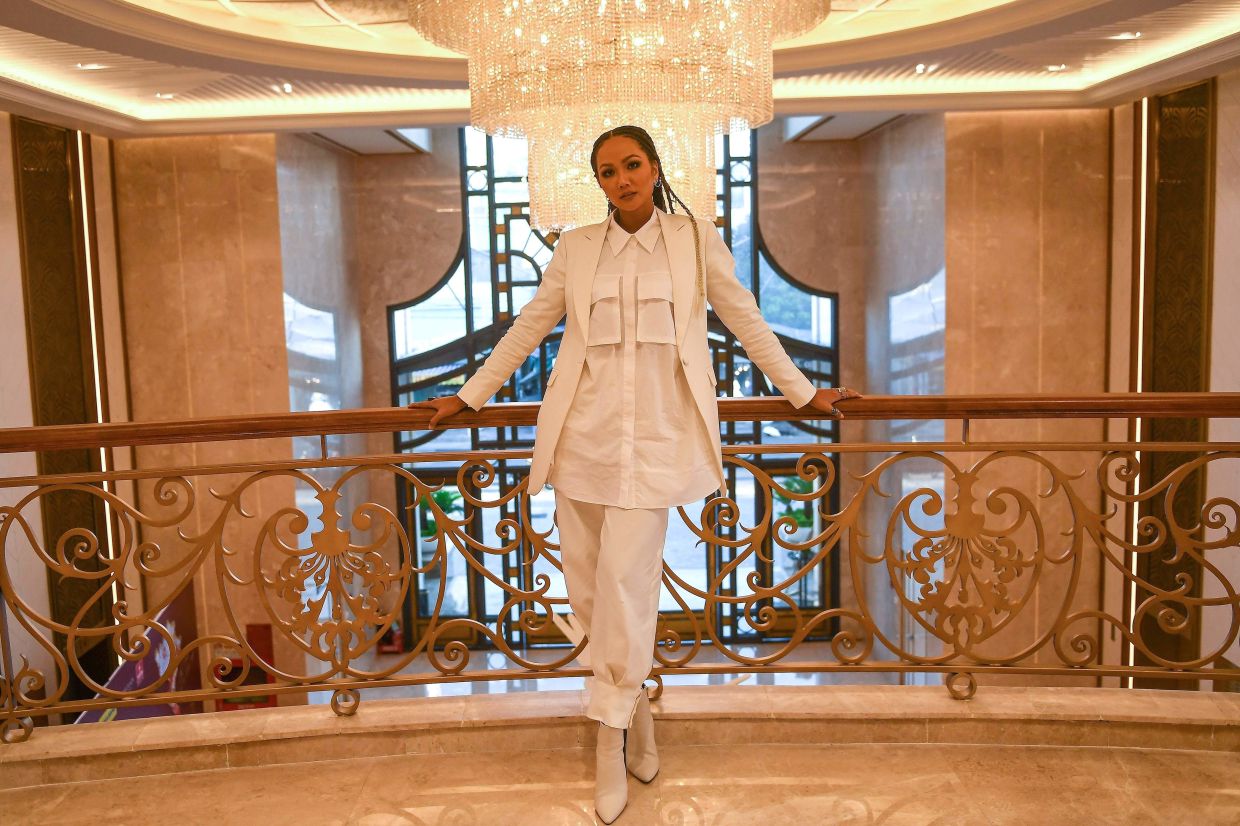 But her win brought out racists - who claimed her skin was too dark for her to be beautiful.

After a couple of years in the country's commercial hub, she got her break as a model, and was soon thrust into the spotlight as the first ethnic minority woman to win the Miss Universe Vietnam title.

But her win brought out racists - who claimed her skin was too dark for her to be beautiful.

"I got made fun of so much that it became normal," H'Hen says.

The taunts only increased her determination to instill confidence and a love of learning in girls from disadvantaged families.

"The thing that I couldn't stand was their comments about my people. I didn't want others in my community to be criticised because of their skin... so I would speak out."

On the advice of her mother - now her biggest champion - H'Hen poured all of her Miss Universe prize money into scholarship programmes for schoolchildren.

Since her win, she has raised tens of thousands of dollars to build libraries in Vietnam's rural central provinces and supported girls across Asia and Africa to complete secondary school.

"I guess I'm a little biased when I meet girls from my community in Ho Chi Minh City," she laughhs.

"If she's a student, I encourage her to study more. If she's struggling, I'll offer to share her tuition fees."

If they are given the tools to succeed, she says, nothing can hold them back.

H'Hen insistis: "I want to share this message and change some lives." - AFP

Hit by Covid, Senegal's women find renewed hope in fishing
Ain: 'I'm just an ordinary girl speaking up for what I know is right'
Broaching a difficult subject: Death
Worn out with pandemic fatigue but we still need to keep safe
Mothers Day: A toast to the mother figures in our life
Starchild: Celebrate Mothers Day with these drawings by Malaysian children
Mothers Day: Creating lasting memories with the children
Mothers Day: Appreciate our mothers every day
Artist's sketch journal of his extraordinary life listed in Malaysia Book of Records
'Try anything': Japan's silver-haired cheer-dancing squad