More Malaysians are suffering heart attacks at a younger age

Smoking secondhand occurs when the people near a smoker inhale his or her cigarette smoke; frequent exposure is also a risk factor for heart disease. â€” EPA

It’s a common misconception that heart attacks are for the old. But the 2014-2015 National Cardiovascular Disease Database – Acute Coronary Syndrome registry shows that Malaysians on average are suffering heart attacks at a younger age compared to those in develop­ed countries.

The average age in Malaysia is 58.6 years, compared to between 63.4 to 68 years in most developed nations. So, the heart of the matter is for us to realise that our lifestyles play a big role in our cardiovascular health starting from a young age.

When it comes to heart illnesses, there’s no one single cause. There are merely risk factors that, when combined, could result in a heart disease. The more risk factors you have, the higher the chances of having a heart attack.

While having a family history of heart illness is a risk factor that can’t be changed, most other risk factors for a heart disease are modifiable.

The word “atherosclerosis” is derived from an ancient Greek word: “athero” means “gruel-like” and “pasty”, “sclerosis” means “abnormal hardening”. What it denotes is that atherosclerosis begins as lumpy, fatty deposits that subsequently come together to form plaques that harden, narrowing arterial walls.

High amounts of “bad cholesterol” or low-density lipoprotein (LDL) make their way into the lining of arteries and progressively build from tiny crystals to large deposits, taking on the form of fatty streaks. These streaks gradually increase in size to form plaques, which develop fibrous caps and form mature plaques.

These “stable plaques” cause the narrowing of arteries, triggering a chest pain called angina, when oxygen supply to heart muscles becomes insufficient. But this isn’t what causes a massive heart attack. That occurs when there’s a sudden complete blockage of an artery due to a blood clot.

When a plaque ruptures, the body immediately reacts by forming blood clots on the plaque as a way of damage control. These clots will cause a complete block of the artery, reducing blood flow to the part of the heart muscle supplied by the artery, causing oxygen deprivation.

Lack of oxygenation leads to death of the muscle cells, which leads to a heart attack. This results in the person experiencing a sudden intense chest pain, among other symptoms.

Atherosclerosis is a slow, insidious process that takes years to build up, starting from as early as childhood. However, a heart attack happens within minutes.

Secondhand smoking occurs when people near a smoker breath in their cigarette smoke. Frequent exposure is a risk for heart disease. Photo: EPA

Certain connections have been documented between low birth weight and the risk of developing atherosclerosis in adulthood. A 2007 review of 18 studies looking at the correlation between birth weight and heart diseases concluded that being born with a low weight is a risk for heart disease later.

It’s also been found that an association exists between low birth weight and the risk of stroke. Infants of a smaller weight are known to be at risk of developing insulin resistance, high cholesterol and high blood pressure during childhood. Rapid weight gain in infancy also adds to these risks.

Some scientists hypothesise that maternal factors play a role too, such as poor nutrition, smoking and a low socio-economic background. But the single biggest culprit spanning across all ages for developing atherosclerosis is smoking.

There’s increasing evidence that exposure to secondhand smoke is as hazardous as smoking itself. One 2007 study on children showed that those exposed daily to passive smoke displayed a significant impairment in the ability of their arteries to expand when more blood flow was required.

This continuous exposure from a young age is what leads to the early onset of diseases and illnesses.

Hypertension, or high blood pressure, is a factor for heart disease, a silent condition that many are unaware they have. Photo: AFP

The risks for heart disease are the same in young adults and those of advanced age. One study evaluated over 5,000 young adults between 18 to 30 and monitored them up to 15 years to find out how their risk factors influenced coronary artery calcifications as detected by CT (computed tomography) scanning.

For girls, it’s the opposite. Hormones play a part to some extent, but habits that affect health can’t be discounted. For example, teenage boys tend to smoke more and consume more fast food than girls in the same age group.

A heart attack at any age is a significant occurrence with far-reaching consequences. Those who suffer an attack when younger tend to have a better outcome as they often have a single-vessel disease and well-preserved heart muscle.

But it’s just a hint of what lies beneath and the disease will progress if no action is taken. In one study of men who had a heart attack at an average age of 36, 30% died within 15 years. In another study of men and women who had an attack before 40, a quarter were dead in less than 15 years.

Heart attacks have been the leading cause of death in Malaysia for the last 13 years. Despite advances in treating this, prevention is the better management of choice. Kids should be educated on healthy and positive lifestyle choices that will prove beneficial in adulthood.

Equally important is the message that young people need to be screened for heart disease risk factors, even though they appear to be seemingly in good health.

And yet despite campaigns and awareness programmes, many remain in the dark about the risks of heart failure. A survey of more than 4,000 healthy individuals with an average age of 30 found that over 65% were unable to identify any of the six major cardiac risk factors.

Here are some steps to maintain your cardiovascular health: Know your family’s history of illnesses such as heart disease, diabetes, stroke and high cholesterol. Avoid active or passive smoking, as well as vaping. And start monitoring your blood pressure and cholesterol levels from your early 20s.

It’s been found that the trend of high blood pressure is increasing to a point where it’s expected to triple in men and double in women under the age of 35.

Attention must be paid to diet and exercise. Incorporate more plant-based foods and reduce red meat in your diet. A 2017 study found a connection between red meat and death linked to cardiovascular diseases, cancer, stroke and diabetes. As for exercise, allocate at least 30 minutes a day for it.

Be curious about the lifespan of your heart. It’s never too early to start a healthy lifestyle. Start young and keep your heart pumping strong. As the philosopher Confucius said, “Wherever you go, go with all your heart.”

Dr Nandakumar Ramakrishnan is a consultant cardiologist. For more information, email starhealth@thestar.com.my. The information provided is for educational purposes only and should not be considered as medical advice. The Star does not give any warranty on accuracy, completeness, functionality, usefulness or other assurances as to the content appearing in this column. The Star disclaims all responsibility for any losses, damage to property or personal injury suffered directly or indirectly from reliance on such information.

More Malaysians are suffering heart attacks at a younger age 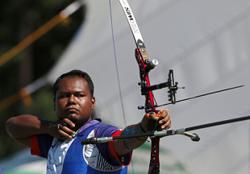