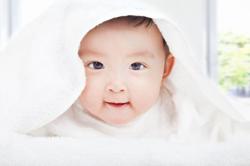 Children who help with chores learn how to be independent at a young age. Photos: The Star/Yap Chee Hong

Santhanamary Palani was criticised when she got her children to do house chores when they were just five years old.

“Some people commented that I was being cruel and even abusive. They suggested that I hire a maid instead of ‘bullying’ my children into doing chores. But I stood my ground, knowing that it would benefit my children in the long run,” says Santhanamary.

The mother of two believes that chores are good for children and that they can be taught to help around the house from an early age.

“It boils down to establishing habits bit by bit. I think that ­parents sometimes mollycoddle their kids too much, thinking that their children are too young to handle simple tasks. Actually, with a little patience, parents can guide their children to help at home,” she says.

Santhanamary is raising her daughter Darlene Amisha Roch, 10, and son Travis Ryan Roch, eight, the way she was brought up. Although the youngest of nine siblings, Santhanamary was not spoilt or spared from doing chores, and she started helping out at five years old too.

It was therefore only natural that she follow in her mother’s footsteps and introduce chores to her children early on.

Darlene is only 10 years old but is confident to prepare simple meals for the family.

“When I was growing up, all of us had different chores. The older ones had to cook and wash clothes while the younger ones had to clean the house and wash the drains. Back then, no one complained as we were happy to work together as one big family,” she says.

So, when their family’s Indonesian maid left in 2014, Santhanamary thought that it was the perfect time to start Darlene on some chores.

“Children need to learn to do their part, whether or not the family has a maid. And, even though children have busy schedules too, I think they can still do some age-appropriate tasks. They should learn to balance their studies and chores. It will make a world of difference when they live on their own later on,” says Santhanamary, an office manager in Kuala Lumpur.

Darlene and Travis started with simple tasks like washing the dishes and wiping the dining table while they were still in kindergarten. As they grew older, they took on harder tasks like peeling potatoes, rinsing vegetables and cracking eggs.

These days, Darlene has progressed to baking cakes, making thosai and mixing chapati dough for her family’s meals. Travis is adept at filleting chicken breasts and marinating meats.

Both children also tidy the house, help with the laundry and wash the bathrooms.

Darlene and Travis are helfpul little angels in the garden.

When Santhanamary has to work late, she knows that she can count on Darlene to prepare a simple dinner for the family.

“Darlene has learnt how to cook rice, and prepare simple stir-fried dishes. Of course, we make sure an adult is always around to keep an eye on our little chef,” says the proud mum.

Santhanamary’s belief in the benefits of children doing chores is backed by research. The Harvard Grant Study – the longest running longitudinal study in history that spans 75 years and counting – found that children who grew up doing chores fared better later in life than those who didn’t.

Chores, according to the report, are the best predictor of whether children are likely to become happy, healthy and independent adults. Doing chores also develops good work ethics, the study found.

Learning on the job

In Malaysia, many families have domestic helpers. Hired mainly from neighbouring countries like Indonesia, Cambodia and the Philippines, maids handle pretty much all the housework, cooking and even childcare or eldercare.

Studies have shown that children who grow up doing chores around the house become responsible adults who think about their community. Photo: 123rfc.om

While hiring a helper helps lighten the load at home, the drawback is that children don’t have to help around the house. Some children have probably never washed their school shoes, made their beds or cleared dishes because they have a maid at their beck and call.

A survey by Braun Research of over 1,000 adults in the United States a few years ago revealed that although 82% grew up doing chores around the house, only 28% required their own children to do chores. Most parents said that because academic performance was a priority, their children were excused from chores.

“Children need to understand that everyone has to play a part in maintaining their home. Rewards, in the form of pocket money or a treat, can be given to children who are willing to help,” she says.

Having children do chores from young teaches them responsibility and organisational skills, she adds.

“Kids learn through example. With the right guidance, children will learn to be more helpful at home and in the community. Simple tasks like washing the dishes, making their bed or arranging their books teaches them life skills that will last a lifetime. It helps build character, gives confidence and will teach them to take care of themselves,” Maznah says.

Maya Chen, 43, grew up never having to do any chores which she says, left her ill-prepared to live on her own.

“My parents wanted me to focus on academics and they went to great lengths to make sure I wasn’t distracted from the path to success. This included excluding me from household chores. So when I went abroad to study, I had no idea how to even keep my room tidy. I couldn’t cook to save my life and ended up surviving on canned food, ready-made and take-away meals,” recalls Chen, adding that her weight ballooned as a result.

Eventually, Chen learnt to cook simple meals from her housemates. She also got her mother to send step-by-step instructions for some of her favourite dishes.

“Back then, we didn’t have Google, social media channels or Skype. I couldn’t turn to YouTube for quick recipes. Many batches of food had to be binned. It was a hard lesson learnt,” recalls Chen who owns a recruitment agency in Petaling Jaya, Selangor.

Not wanting history to repeat itself, Chen now makes sure that her two teenage sons do housework.

“I don’t want them to go through the same issues that I did in campus. Even though I have a live-in maid now, I have taught them to cook and clean,” she shares.

Although getting children to do household chores does not seem like a big deal, Santhanamary says she can already see the benefits of getting her kids to help out. They are not only more responsible but also more considerate of others.

Darlene, she shares, helps to care for her stroke-striken aunt, Grace Anthony, 40, who lives with the family. The 10-year-old girl not only helps feed her aunt and accompany her on her walks, but she also helps change her aunt’s diapers.

“Darlene really goes the extra mile to assist those in need,” says the proud mother who hopes that her children will grow up to help others in the community. 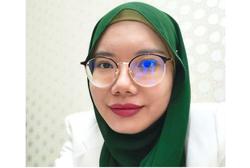