Are the one-stop crisis centres for domestic violence effective? 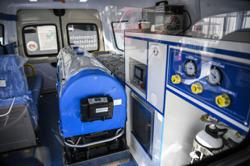 Items from a 2014 exhibition on domestic violence at Paradigm Mall, Petaling Jaya, Selangor, organised by the Womens Aid Organisation to raise awareness on the issue.

Violence against women is a major public health problem globally. It is a violation of women’s human rights.

It has a negative effect on women’s physical, mental, sexual and reproductive health. It may also increase women’s risk of acquiring sexually-transmitted infections like HIV.

However, there are no national prevalence surveys on child maltreatment, youth violence, IPV, sexual violence and elder abuse.

The United Nations University fact sheet in 2018 provides some information on the scale of the problem:

• “The estimated IPV rate from 8% in a national household survey to 87% in women’s shelters;

• “Child sexual abuse: 22,134 children, mainly girls, were sexually abused between 2010 to May 2017 according to the Ministry of Women, Family & Community Development.

“Baby selling is another form of child trafficking that occurs in Malaysia.

“Prevalence estimates for trafficking of women are unavailable;

“Child brides face high risks of IPV, especially when the groom is much older;

• “Female circumcision: 95% of women were circumcised in a 2009 study of 630 females in five villages in north Malaysia.

“Type I is most commonly practised, as well as Type IV. (Editor’s note: Type I is partial or total removal of the clitoris, and in rare cases, only the prepuce, which is the fold of skin surrounding the clitoris, while Type IV is all other harmful procedures to the female genitalia for non-medical purposes, which are not covered in Types I to III, e.g. pricking, piercing, incising, scraping and cauterising the genital area.)

• “Elder abuse: 13.6% of rural older Malaysians (1,927 in the study) had experienced elder abuse or neglect in a recent population-based cohort study.”

A national primary prevalence study of 3,440 respondents in all the states of Peninsular Malaysia, published in the journal Social and Behavioural Sciences in 2013, reported an 8% prevalence of domestic violence.

Violence against pregnant women (VAPW) was reported by a Hospital Universiti Kebangsaan Malaysia study of 1,200 postnatal women from Mac 1 to Aug 31, 2015 in the hospital, in the journal Women & Health in 2016.

“VAPW was significantly associated with: (1) women’s use of drugs, having had exposure to violence during childhood, having a violence-supporting attitude, and having two or more children; and (2) having partners who were smokers, alcohol drinkers or had controlling behaviour.

Members from the NGO Womens Centre for Change and nurses discussing how to best work together at Penang Hospitals OSCC in 2011.

The One Stop Crisis Centres (OSCC) were introduced by the Health Ministry in 1996. They are located in the Accident and Emergency (A&E) departments of major public hospitals.

The objectives of the OSCC were to offer a wide range of integrated services to address IPV and child abuse, including health, legal, welfare and counselling services in one location.

Have the OSCCs achieved their objectives, and if so, to what extent?

Although the OSCCs have been around for more than two decades, there is surprisingly a dearth of data from the Health Ministry.

A policy analysis of the Malaysian response to IPV was published in the journal Health Research Policy and Systems in 2011.

It included analysis of legal, policy and regulatory issues, and interviews with key informants in two states.

The analysis found that “women’s NGOs (non-governmental agencies) and health professionals were instrumental in the formulation and scaling-up of the OSCC policy.

“However, the subsequent breakdown of the NGO-health coalition negatively impacted on the long-term implementation of the policy, which lacked financial resources and clear policy guidance from the Health Ministry.”

It concluded: “The findings confirm that a clearly-defined partnership between NGOs and health staff can be very powerful for influencing the legal and policy environment in which healthcare services for intimate partner violence are developed.

“It is critical to gain high level support from the Health Ministry in order to institutionalise the violence-response across the entire healthcare system.

“Without clear operational details and resources, policy implementation cannot be fully ensured and taken to scale.”

Another study, published in the journal BMC Public Health in 2012, involved in-depth interviews with healthcare providers, policymakers and key informants in seven hospitals, together with document analysis of hospital records and protocols.

It found that: “The implementation of the OSCC model differed between hospital settings, with practice being influenced by organisational systems and constraints.

“Health providers generally tried to offer care to abused women, but they are not fully supported within their facility due to lack of training, time constraints, limited allocated budget, or lack of referral system to external support services.

“Non-specialised hospitals in both states struggled with a scarcity of specialised staff and limited referral options for abused women.

“Despite these challenges, even in more resource-constrained settings, staff who took the initiative found it was possible to adapt to provide some level of OSCC services, such as referring women to local NGOs or community support groups, or training nurses to offer basic counselling.”

It concluded: “The national implementation of OSCC provides a potentially important source of support for women experiencing violence.

“Our findings confirm that pilot interventions for health sector responses to gender-based violence can be scaled up only when there is a sound health infrastructure in place – in other words, a supportive health system.

“Furthermore, the successful replication of the OSCC model in other similar settings requires that the model – and the system supporting it – be flexible enough to allow adaptation of the service model to different types of facilities and levels of care, and to available resources, and thus, better support providers committed to delivering care to abused women.”

A study, published in the Medical Journal of Malaysia in 2015, looked into the knowledge, attitude and rape management among emergency department doctors (EDs), staff nurses (SNs), medical assistants and hospital attendants from January to October 2013.

“Some of the responses implied that our healthcare providers have the victim-blaming tendency that can negatively impact the victims.”

It concluded: “Healthcare providers must not only have adequate knowledge, but also the non-judgemental attitude towards victims in OSCC.”

It is obvious from the aforesaid that the challenge is for the full implementation and commitment of the Health Ministry to provide adequate resources for the OSCCs.

A critical factor is an ongoing partnership between NGOs and trained hospital staff.

Another critical issue is the location of OSCCs in the A&E departments of public hospitals.

As the A&E is open 24 hours a day, all year round, there is much in its favour as a location for the OSCC, even a semi-functioning one.

However, the primary healthcare response to violence against women and girls have to be improved markedly if the OSCCs are to achieve their objectives.

Are the one-stop crisis centres for domestic violence effective? 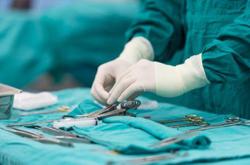