Father and son drum duo create their own rhythm

Kelvin was inspired to take up drum lessons because his son, Jern Huang, is so passionate about drumming.

Eight-year-old Loh Jern Huang loves playing the drums so much he beat the first toy set his father bought him to bits in less than a month.

But a broken toy couldn’t hold back his compulsion to drum.

From the time he was a toddler, Jern Huang would bang away at things around the house; a pair of chopsticks to drum away on some plastic containers were enough for him to make music.

“He used to play to accompany his older sister Shyen Yii, as she practised her singing. And his drum set would be made of kitchen utensils like containers, pots and pans,” recalls his father, Kelvin Loh.

It was apparent from early on that Jern Huang has a natural knack for drumming, and so Kelvin enrolled him for formal drum lessons two years ago.

Drum classes have enabled Loh to build a stronger relationship with his son, Jern Huang.

Seeing Jern Huang’s progress in drums inspired Kelvin to learn how to play too.

“I have always wanted to learn to play a percussion instrument, so I signed up for classes at my son’s music school. It is a chance for me to learn a new skill while Jern Huang has his weekly drum classes,” says Kelvin, who signed up for drum lessons last year.

At home, Kelvin makes it a point to practise drumming with his son. These sessions enable them to hone their drumming skills and strengthen their father-and-son bond.

They even performed together at their music school’s pre-exam preparation concert recently.

“We are elated with our pair of distinctions. In fact, Jern Huang beat me by one mark. I am happy that Jern Huang is ahead of me in the grading exams. He is passionate about drums and practises every day, morning and night, without any prompting,” says Kelvin, who holds a diploma in music (piano).

“During my free time, I love to watch Rockschool Drums videos onYouTube, especially those for Grade Eight students. Sometimes, Mummy teases me and calls me the ‘Drum Monster’,” says the Year Two student from SJK (C) Damansara in PJ.

Simple but pleasurable tasks like gardening and harvesting vegetables are ways to further tighten the bond between children and their parents. Photo: Kelvin Loh

Besides drum lessons, Kelvin also makes it a point to join in as many of his children’s activities as he could.

“Occasionally, we jam together at home on the piano and drums,” adds the father-of-two.

Kelvin believes it is important for parents to spend time with their children to develop a close bond and build good memories with them.

“Parents should be there for their children, to support them at every stage and see to their emotional and physical needs. My wife and I are there to share their joys and disappointments.

“Our children are growing up too fast and we treasure each day with them. We try to teach them discipline and the right values, emphasising on strong family ties,” shares Kelvin who likes to spend the weekends at the park with his family.

Despite his busy work schedule, Kelvin takes the time to talk with his children, especially during meals.

“I treasure the conversations I have with my children. The views they give and questions they ask are at times thought-provoking, sometimes hilarious and totally unexpected.”

Father and son drum duo create their own rhythm 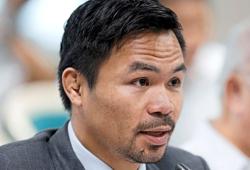