This year, it returns with six films that span various genres - comedy, action and historical drama - and showcase different aspects of Korean history, society and culture.

Follow Kim Tae-ri (Twenty-Five, Twenty-One) in a heart-warming tale in Little Forest, where she plays a young woman who moves back to a traditional Korean village after failing to make the cut to become a teacher, and unites with childhood friends.

My Paparotti, inspired by a true story about a special friendship between a high school student and the teacher that encouraged him to pursue his dream, stars Han Suk-kyu and Lee Je-hoon as the music teacher and high school gangster-turned-singer, respectively.

Another film featured in the Korean Film Festival is period drama Fengshui, which will lead you down the Korean geomancy rabbit hole and show just how far determined men will go to stake their claim to the throne.

Held once again at GSC Mid Valley, the film festival runs from Nov 25 to 27 and the screenings are free. For more details, visit GSC. Tickets can be booked from Nov 21 (50sen surcharge applies). 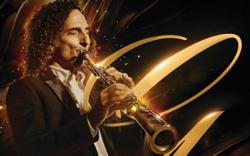