Dancer Lee Kai Yin, better known as Ah Mo, was critically injured after a giant LED screen fell on him at a concert held by the popular Hong Kong boy band, Mirror, on July 28.

His father, Pastor Derek Lee, has been providing updates about his condition via his friend Shirley Loo on Facebook. In a post on Nov 5, Pastor Lee revealed that his son still has difficulty swallowing.

“Every time he takes a bite of his food, my wife and I will get anxious,” the pastor wrote, explaining that Ah Mo has to swallow the right way or he would get hurt.

According to Hong Kong's The Standard, the pastor said Ah Mo's swallowing reflex has not recovered fully, so water and other drinks will sometimes get into his lungs, causing lung inflammation and mild fever.

The dancer is also undergoing various muscle and joint-pulling exercises to restore his movement.

He also has to change his position frequently to prevent bed sores. This is because, 'he has to rely on a pillow to support his wound after surgery", the pastor said.

Ah Mo's father went on to express disappointment with the slow progress of the investigation. In the post, he directly addressed the task force investigating the accident.

“When will this end?” he questioned, attaching eight snail emojis to hint at the slow progress.

Investigations began in July. However, authorities are still unable to give a definitive explanation as to how the LED screen fell.

In the latest development, AFP reported that five people were arrested on Nov 11 on suspicion of fraud and negligence in connection to the incident

South China Morning Post reported that four of the people arrested were staff members from Engineering Impact while the fifth suspect was from Hip Hing Loong. 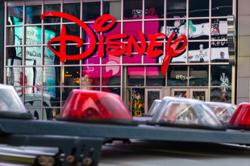