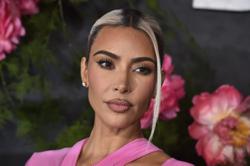 The union between the athlete and the Brazilian supermodel has reportedly been on the rocks for months. Photo Gisele Bundchen/Instagram

Is it a marriage too beautiful to last? Tom Brady and Gisele Bundchen have both hired divorce attorneys, according to a Page Six report Tuesday (Oct 4).

“I don’t think there will be any coming back now,” a source told the New York Post’s gossip page. “They both have lawyers and are looking at what a split will entail, who gets what and what the finances will be.”

This, after the New York Daily News reported Monday that the mega-successful couple both hunkered down in Miami during Hurricane Ian – though perhaps they weren’t hunkering together?

“They have met secretly together and with their children and have been using FaceTime nearly every day,” the Daily News source said. “They are committed to making their family whole and their marriage work.”

Representatives for Bundchen, 42, and Brady, 45, did not respond Tuesday to The LA Times’ request for confirmation or comment.

The union between the athlete and the Brazilian supermodel has reportedly been on the rocks for months, starting with a supposedly “epic fight” between husband and wife that was said to be going on for weeks in August and the beginning of September.

Sources told Page Six at the time that the conflict was about Brady's focus on his career – he retired and then unretired over the course of 40 days earlier this year – while the model focused on the children and their family.

The outlet said the couple had disagreed in the past but previously always reunited.

Brady missed 11 days of training camp in August. While some speculated that he was competing on The Masked Singer, NFL sources reportedly said he was at an exclusive resort in the Bahamas with Bundchen and their children. The trip was “primarily for family time,” they told Pro Football Network.

When he returned, he told reporters, “It’s all personal, you know. Everyone’s got different situations they’re dealing with. We all have really unique challenges to our life. You know, we’re – I’m 45 years old, man, there’s a lot of s— going on, so, you know, just gotta figure out life the best you can. It’s a continuous process.”

Brady told a Sirius XM radio interviewer in 2017 that Bundchen wanted him to retire.

“She told me that last night three times,” the athlete said. “And I said, ‘Too bad, babe, I’m having too much fun right now.’” 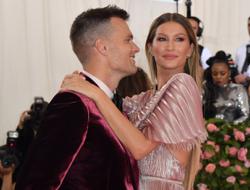 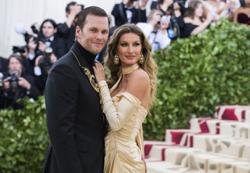