Bad Bunny helped give the VIP treatment to a special fan.

The Puerto Rican rapper, who's out on his World's Hottest Tour, met up with Mayah Zamora, a 10-year-old survivor of the Uvalde school shooting that claimed the lives of 19 students and two teachers earlier this year, at his concert in Dallas on Sept 9, according to an Instagram post from the Correa Family Foundation.

The nonprofit, founded by baseball player Carlos Correa and his family, aims to "provide transformative experiences and financial support to children battling cancer and their families."

The foundation also extends its humanitarian efforts to communities affected by "extraordinary circumstances" such as natural disasters and the Covid-19 pandemic.

"A huge thank you to (Bad Bunny) for welcoming our Hero of the Month, Mayah Zamora, to your concert, and for making sure she had a beautiful and fun night dancing with her family!" the foundation wrote. "All the love she received from you and your team, (Noah Assad and Rimas), made this an incredible experience she and her family will cherish."

The foundation's Hero of the Month initiative typically highlights children "who exemplify bravery, hope and outstanding courage as they work to overcome some of life's most difficult challenges."

According to an August Facebook post, Zamora was chosen as last month's Hero of the Month for the "incredible courage and bravery" she displayed while recovering from the trauma of the Uvalde shooting, which included "a severe wound to her chest," a two-month hospital stay and over 20 surgeries.

"Mayah has suffered unimaginable hardship this year after losing many of her closest friends and two beloved teachers during the Robb Elementary School massacre in Uvalde, Texas," the foundation wrote.

"While hospitalised, she continued to amaze doctors with her resiliency and strength. All doctors, from her trauma team to plastic surgeons, were in awe of her."

While at the Bad Bunny concert, Zamora was given the chance to get up close and personal with the Un Verano Sin Ti"singer, posing for a sweet photo and receiving an autographed sweater, as seen in photos shared by the foundation on Instagram.

The meet-and-greet wasn't the only way Bad Bunny helped Zamora.

The singer, along with his record label Rimas, was among a number of donors who donated funds to the Correa Family Foundation, which will be used to build a new home for Zamora and her family "in a location where she feels safe and comfortable," according to the foundation's August Facebook post.

"We hope this will be an opportunity for Mayah and her family to rebuild their lives, make new memories, and look towards a bright future," the foundation wrote. –USA Today/Tribune News Service 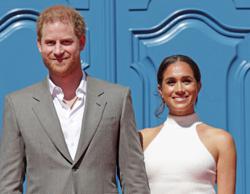 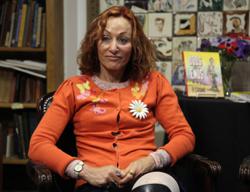