After this, Halbrand made it his family motto never to climb on makeshift rafts with feisty women. No one paid any heed until his distant descendant Jack Dawson. Photos: Handout

Friends, LOTRiens and readers, this review is not going to nitpick over the faithfulness of The Lords Of The Rings: The Rings Of Power (henceforth, just Rings) to the words of JRR Tolkien. (We'd be here all year, and it is a task quite beyond my shallow knowledge of the good professor's works.)

No, I will just focus on how watching Rings made me feel, after being left spellbound by Peter Jackson's magnificent trilogy (not so much, the overblown Hobbit adaptation) two decades earlier.

And to be frank, watching Rings proved to be somewhat... strange.

It seemed at times to conjure up the same kind of magic as Jackson's trilogy; the humour, joys and pathos; the epic sweep and sense of wonder.

Yet the thought persisted: how much of it was due to the new show's own accomplishments, and how much of it stemmed from our own fond memories of LOTR?

It was, I concluded, a Force Awakens-type experience, drawing on the familiar beats of a beloved classic to revive old feelings – down to having original LOTR composer Howard Shore write the theme for Rings (with veteran Bear McCreary doing a bang-up job on the series' score). 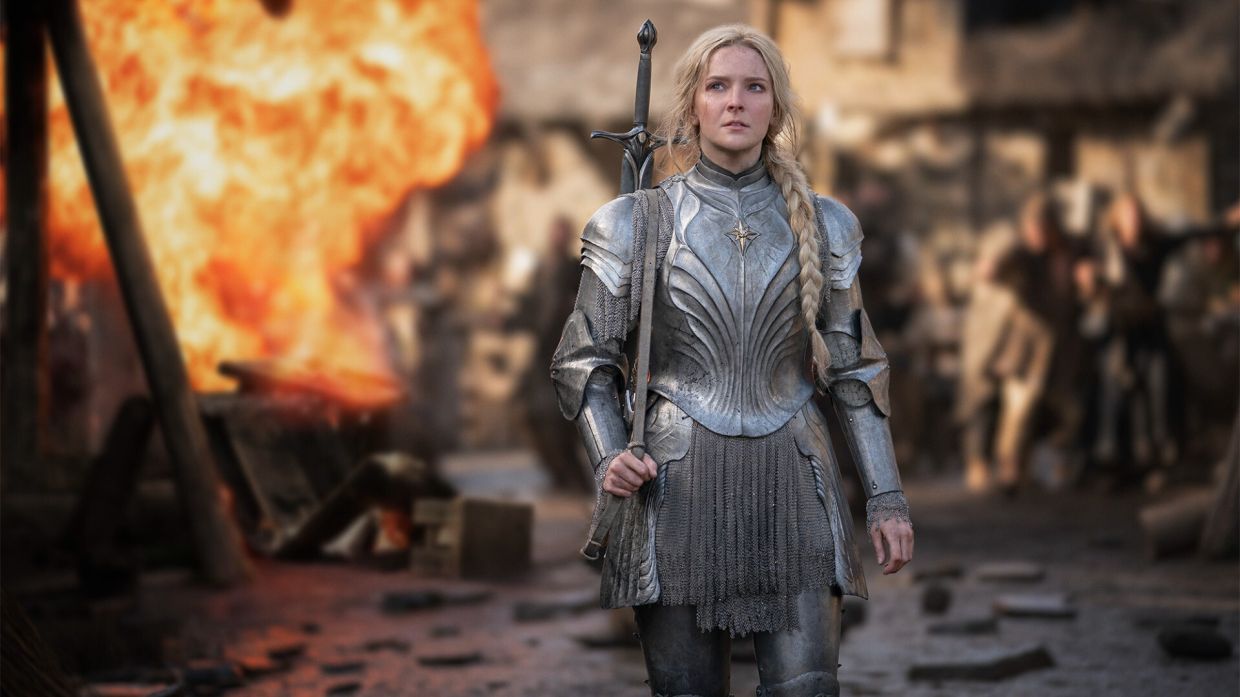 'Frankly, I'm a bit miffed they didn't put aside some of the huge budget to commission an Enya number for me.'

When my breath caught in my throat at the scene of Elven warriors sailing to the undying lands, was it all Rings' own doing? Or was it Annie Lennox's Into The West from The Return Of The King echoing forth from the back of my mind, harking back to everything it encapsulated from the hugely emotional ending of Jackson's trilogy ?

To the cynical imp on my shoulder, watching those first two episodes of Rings was like an online shopping experience with comforting recommendations thrown at us based on our browsing history, previous purchases and friends' activity.

It's smart, though – drawing on a wellspring of goodwill and magic to hold our attention while the series attempts to spin a yarn that will, eventually and hopefully, win our admiration as well.

The series certainly has its work cut out for it. 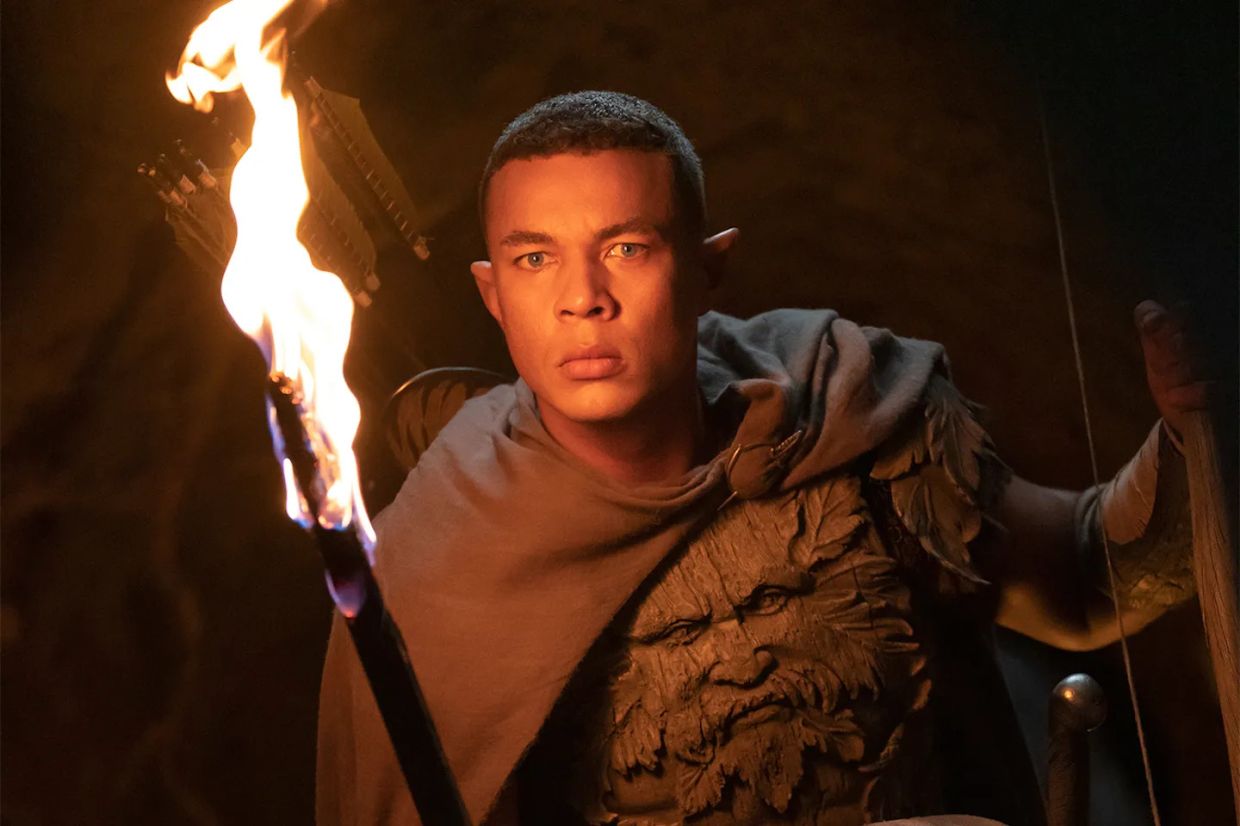 'It's not that I'm unemotional by nature but after this gig, I was hoping to play a Vulcan on a Star Trek spin-off.'

Rings is set thousands of years before the events of The Hobbit and LOTR, in the so-called "Second Age".

It ambitiously attempts to flesh out part of the appendices from Tolkien's books into what is hoped to be (at last report) a multi-season, 50-part epic.

As the title suggests, it is about how the very rings – and the One Ring – over which many would suffer much fear and doubt, came to be.

It begins (familiarly enough) with doom-laden narration by Galadriel (Morffyd Clark) about how evil came into the land, and how the Elves journeyed to Middle-earth to confront it in a long and costly war.

There's mention of Sauron and his "boss" Morgoth, uttered with suitably rolled "Rs", and how Galadriel embarked on an obsessive quest to find and destroy the evil sorcerer.

Some groundwork is laid for the creation of the Rings of Power, as we see familiar characters like Elrond (Robert Aramayo) who is sent to help the great smith Celebrimbor in creating a powerful new forge (turn back, you fools!).

Aside from those known in prose and film, non-canonical characters created expressly for the series appear for added dramatic elements – and to give purists nightmares.

Among them: a Southlands healer (and badass) named Bronwyn (Nazanin Boniadi) and her Silvan Elf lover Arondir (Ismael Cruz Cordova) who stumble upon the truth about what the Orcs have been up to since their seeming defeat. 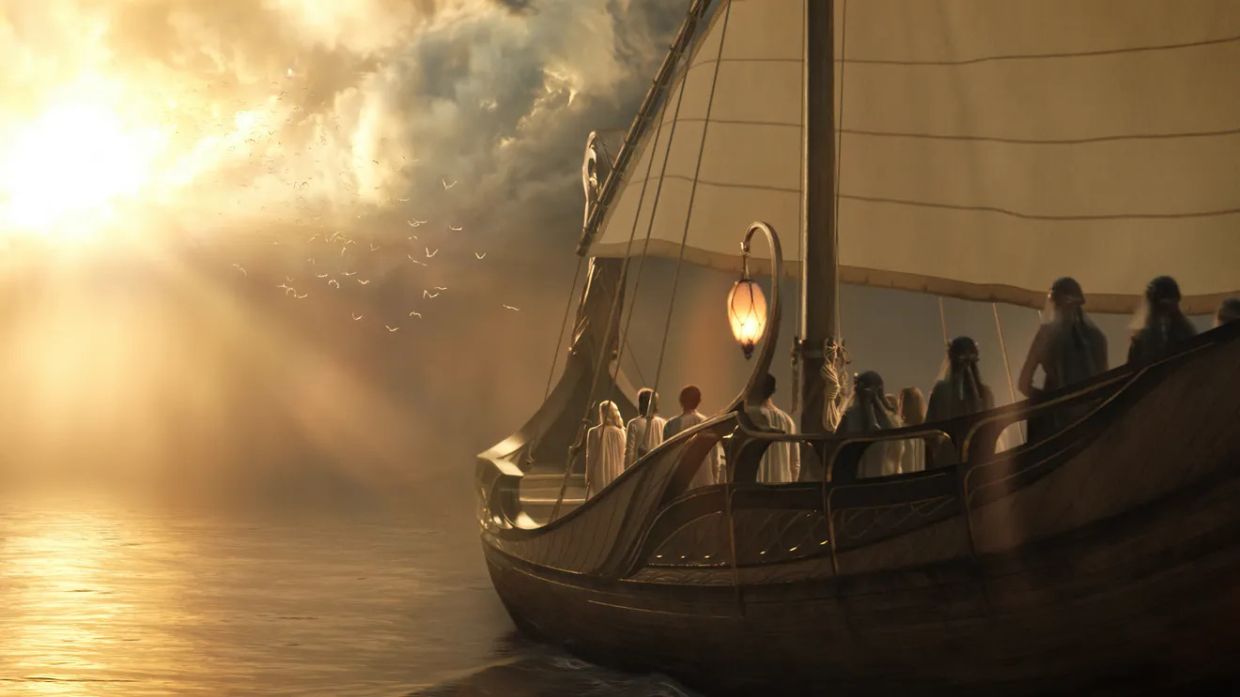 Doesn't this scene just make you want to burst into an Annie Lennox song?

And what kind of LOTR-like series would it be without Hobbits, in this case a nomadic farming tribe of Harfoots – two members of which discover a strange "giant" (OK, a regular-size guy) in a meteor crater. Ooh, mystery upon mystery.

While much of this review has touched on Rings' similarities to its predecessors, there is one thing that I really wasn't expecting: the sight of the Dwarven kingdom of Khazad-dum at the peak of its glory, before its denizens dug too greedily and too deep.

It will knock you for a loop and – like that scene with the Elves at sea – elevates this "streaming show" to the proportions of a cinematic epic.

It's still early days for the show yet and, my misgivings about the calculative nature of its storytelling choices aside, Rings has done more than enough to pique my interest into sticking around for a while longer.

It's "added to cart", to reference that earlier online shopping analogy, and the next few episodes will determine if I click on "buy".

New episodes of The Lord Of The Rings: The Rings Of Power arrive on Amazon Prime Video every Friday.

Has a familiar ring to it.