Billie Eilish opens up about staying grounded, pouring her heart into music and her passion for animal rights as well as the environment. Photo: AP

Before ushering us into a space adjacent to Billie Eilish’s dressing room, the US singer-songwriter’s management cautioned us, once again, that no photos would be allowed.

In the past, it wasn’t uncommon for journalists to sheepishly but (most of the time) apologetically ask an artiste for a quick selfie, to which most would oblige, even if they had been put on the spot and looked like they really didn’t feel like it.

I was even told once, by a senior writer, that celebrities aren’t entitled to privacy because once they become famous, they owe it to their fans to pander to every request for an interview, story, photo or shout-out.

Times have changed, and for the better.

After what mega superstars like Britney Spears went through as mere teenagers, from constant shaming in tabloids to the documenting of her worst moments for the world to see, protecting young stars’ mental health is just as important as keeping them from being mobbed.

Tours must have been unimaginably exhausting for these young stars, with numerous interviews and photo shoots crammed into their schedules on top of preparation and performing. Eilish admits fame got to her head and was ‘a little bit cocky’ at one point of time but that’s all in the past. — JINSON CHEE

This time around, only two media outlets were given interviews – 10-minutes each – under the watchful eye of the star’s management.

Like Spears, Eilish broke out onto the music scene in a big way, becoming an overnight star and achieving instant global fame.

She is also the youngest artiste in Grammy history to win in all four general field categories – Best New Artiste, Record Of The Year, Song Of The Year and Album Of The Year – in the same year (2020).

Taller than she looks in pictures, clad in a baggy, faded T-shirt and wide-legged trousers, Eilish is friendly and pleasant when we sit down to chat.

The Bad Guy singer is soft-spoken, but her voice is far less whispery than her singing vocals, and her demeanour way more toned down than her commanding stage presence.

Often referred to as the “voice of Gen-Z”, Eilish, 20, is an embodiment of a new era of music; this young artiste speaks her mind... even at the risk of being cancelled.

From speaking out against body shaming to speaking up for animal rights, the multiple award-winning California native uses social media to express herself, and records her thoughts and feelings on video as well as in physical journals.

“As far as themes go, Happier Than Ever was really an album filled with a lot of self-realisation,” says Eilish in this exclusive interview several hours before her maiden concert in Kuala Lumpur.

“It was like a diary, that’s not something we’d really done, we went so hard in with that idea that I don’t know if we could ever do it again.

“It was like barfing everything I’ve ever experienced and making music out of it.”

While some of the themes in her songs (co-written with her brother Finneas O’Connell) are relatable – i.e. mental health, self-harm and addiction – Eilish also sings about stalkers, non-disclosure agreements for lovers and the obsession with photos of her body in the media.

‘Be patient with yourself’

Many young fans look up to her and hang on her every word, including award-winning singer Adele’s nine-year-old son, who discusses Eilish’s lyrics with his mother, according to a recent interview with the British star. Eilish (left) and her brother at this year’s Academy Awards where theypicked up the Oscars for Best Original Song. — Billie Eilish/Instagram“Gosh, advice is so hard,” says Eilish when asked what words of wisdom she has for fans.

“When I was younger and even now, advice didn’t make sense to me because I didn’t know how to accept it.

“In my little 12-year-old brain, I was like, no one’s ever been me before, so how can anyone give me advice that would work for me and my life.

“With that being true, all you can say to people as advice is really be patient with yourself and your surroundings and trust your friggin’ gut.

“Anybody, at any age, trust yourself and don’t worry so much, it’ll all get figured out. You’ll always land on your feet.”

She might be a big star, but Eilish herself has a list of celebrities (dead or alive) that she says she would be a nervous wreck if she met them.

“Probably Andrew Scott, he’s an actor. He was in Sherlock and also in Fleabag. I grew up loving Sherlock, I’m a huge fan of his,” she says. “Jack Nicholson, I would flip out. Those two, and Cillian Murphy.”

She adds: “I would say I would have loved to meet Frank Sinatra, Johnny Mathis, Peggy Lee and Etta James. All of those people have changed my life in lots of ways.”

Like many of her peers, Eilish is passionate and vocal about causes that matter to her.

“I’m so passionate about taking care of animals and spreading the word about how cruel the dairy and meat industry are,” she says.

Eilish, who is a vegan, says she understands why vegans get a bad rep (“There’s a lot of vegans that are pretty unbearable and annoying and shove information down our throat”) but iterates the pressing issue we are facing.

“The way that the dairy industry has been impacting and affecting the world and our surroundings is actually insane; it’s actually ruining the planet at the same time,” she explains.

She also tries to do her part in being conscious about the environment and not being wasteful, taking a cue from her mother, Maggie Baird, who founded the non-profit Support + Feed that helps keep plant-based restaurants afloat and getting meals to those in need.

Being in the public eye comes with the territory as a singer, but for the most part, Eilish says she’s able to control how much of herself she really wants to put out there.

Having begun her foray into the industry at 13, Eilish admits it was hard to stay grounded at first.

“I guess I would say it took me a while,” she ponders. “Actually, I feel like I wasn’t grounded for a couple of years, and I think part of that was good in a way because it made me feel very confident and happy about my life.

“But at the same time, looking back, I was definitely a little bit cocky and I’ve seriously, completely 180-ed that.”

Now that she has dialled it back and is centred, Eilish says she feels good about herself, and the product she’s putting out.

“I’m really lucky to get to do what I do. I don’t think of myself as better than anyone in the slightest.

“It’s a good feeling just to make art that you enjoy.” 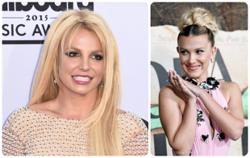