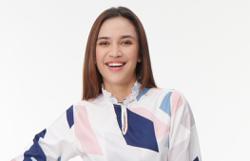 In the Malaysian remake of She Was Pretty, actor Aiman Hakim Ridza is playing the male lead role that was originally portrayed by Park Seo-joon in the popular K-drama.

Apparently, Aiman was advised by acting coach Fatimah Abu Bakar to not watch the series.

“But as we got deeper into the shoot, I did sneak in a few episodes as I didn’t want to disappoint the fans of the series’ iconic scenes,” confessed Kimchi Untuk Awak actor.

As it happens, two fans of the show are none other than Aiman’s own family members.

The 33-year-old actor remarked: “My elder sister used to live and work in South Korea for many years and she speaks Korean fluently.

“She is the one who introduced me to Korean songs and dramas. My niece was born in South Korea.

“So, when I told them I was doing this show, they were very excited.”

She Was Pretty is a 16-episode rom-com that explores theme of self-worth and the importance to be true to yourself.

It centres on Nadia (Diana) and Haniff (Aiman), who were good friends as children who meet again as adults. But both look physically different from how they were as children.

She Was Pretty is available on Viu. 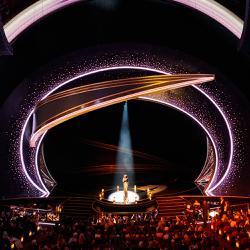