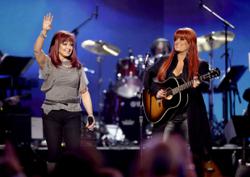 Malaysian actress-singer Adibah Noor passed away this evening (June 18) at 8.15pm at a hospital in Kuala Lumpur, mStar reported. She was 51.

The news was shared by actor AC Mizal on his Instagram.

"My friend Adibah Noor has just passed away. Condolences from my family," he wrote.

"Yes, it is true that Adibah Noor passed away at the hospital. I got the news from Datuk Zainal Abidin's wife as we are close friends with the late Adibah," she told mStar, The Star's Malay-language daily.

It is reported that Adibah was suffering from ovarian cancer.

Tributes have poured in on social media for Adibah from friends and fans.

"Our condolences to family, friends of Adibah Noor, the nation's beloved singer, actress and host. She made us laugh, she made us cry but most importantly, she made us FEEL with her films and music. She's special and an irreplaceable person," Kakiseni portal wrote.

Actress Susan Lankester told The Star when contacted: "She was an incredibly talented person. She could sing, she could act, and to top it all off she was incredibly kind. She appreciated you as a person and whenever I bumped into her she was always ready to greet you with a hug, smile and you would feel the warmth of her gentle energy. She will be missed."

On Facebook, Malaysian artiste Namewee said he is shocked to find out that Adibah has passed away.

"It's still hard for me to accept the fact ... I'm really honored and proud to have you in my movie – Nasi Lemak 2.0. Rakyat Malaysia akan sentiasa merindui kak Noor kita," he wrote.

On Twitter, fan @alep wrote: Adibah Noor is one of few Malaysian artists that can do EVERYTHING. Singing, acting, hosting. Giving her whole heart in everything she does. The heart of every Yasmin Ahmad films." 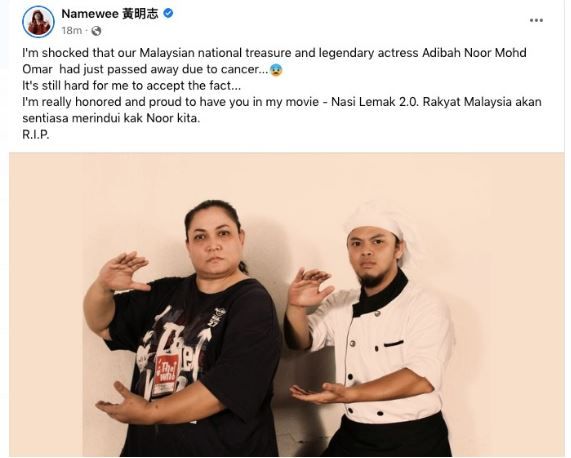 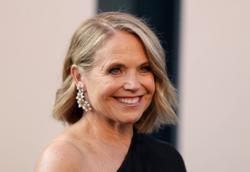 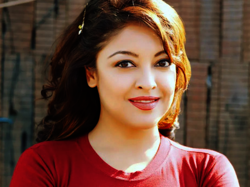