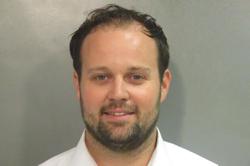 In the Season Six premiere, Axe Capital COO Mike Wagner suffers a minor heart attack as he attempts to keep up with his younger girlfriend in a Peloton class. Photo: Handout

And just like that, another TV character has a heart attack on a Peloton bike.

After the Sex And The City spinoff And Just Like That killed off Mr. Big (Chris Noth), who has a heart attack after riding the stationary exercise bike, Billions is the next show to paint Peloton in a not-so-positive light.

In the Season Six premiere, as Axe Capital COO Mike Wagner (David Costabile) attempts to keep up with his younger girlfriend in a Peloton class, he suffers a minor heart attack. But unlike Mr. Big, Wags survives - and even makes a reference to And Just Like That. The scene was written and shot last spring, with Wags' line - "I'm not going out like Mr. Big" - overdubbed in post-production.

Peloton's stock plunged 11% last month after Mr. Big's death in And Just Like That. The company quickly attempted to salvage its image with a tongue-in-cheek commercial spearheaded by Ryan Reynolds, but they pulled the ad days later after two women accused Noth of sexual assault. Now, Peloton is caught in another firestorm, and the company is not happy about it.

According to The New York Times, Peloton said in a statement it did not approve of the show's use of its brand or intellectual property, nor had it provided equipment for Billions.

"As referenced by the show itself," the statement said, "there are strong benefits of cardiovascular exercise to help people lead long, happy lives."

Peloton's share price plummeted more than 75% in 2021, and the company is currently trading at its lowest level in two years, according to CNN Business. – Reuters 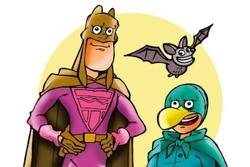