It was a ‘mistake’ to play trans woman in ‘The Danish Girl’, says actor Eddie Redmayne 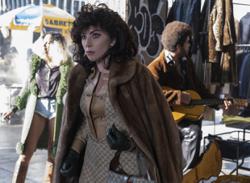 Eddie Redmayne was nominated for Best Actor at the 2016 Academy Awards for his role in 'The Danish Girl'. Photos: AFP and Handout

Eddie Redmayne says he should have turned down his Oscar-nominated role as a transgender woman in The Danish Girl.

“I made that film with the best intentions, but I think it was a mistake,” the 39-year-old English actor told the Sunday Times of the 2015 romantic drama.

“The bigger discussion about the frustrations around casting is because many people don’t have a chair at the table. There must be a levelling, otherwise we are going to carry on having these debates.”

In Tom Hooper’s biographical film, Redmayne starred as Lili Elbe, one of the first known recipients of sex reassignment surgery. Criticism followed for casting a cisgender actor, rather than a trans woman, to play Elbe.

Similar criticism has been leveled for other movies including Aloha, in which Emma Stone played a character of one-quarter Asian and one-quarter Hawaiian descent, and The Ghost In The Shell, a live-action adaptation of a Japanese manga starring Scarlett Johansson. Jared Leto also played a transgender woman in Dallas Buyers Club.

At the time The Danish Girl was released, Redmayne defended his role, saying that “one should be able to play any sort of part if one plays it with a sense of integrity and responsibility”, but also acknowledged that there should be “more trans actors and trans actresses playing trans parts”. – New York Daily News/Tribune News Service