JoAnna Cameron starred on all 22 episodes of 'The Secrets Of Isis', which was based on a DC Comics character. Photo: Google

JoAnna Cameron, who portrayed the super-powered title character on the groundbreaking 1970s series The Secrets Of Isis, has died at age 70.

The actress died after experiencing complications from a stroke, according to Joanna Pang Atkins, who also starred on the superhero show.

“We shared the wonderful lasting experience of making The Secrets Of Isis,’” she continued. “May she RIP.”

She starred on all 22 episodes of The Secrets Of Isis, which was based on a DC Comics character. The series, which aired from 1975 to 1976, made history as the first live-action, weekly show about a female superhero in the United States.

The Bionic Woman and Wonder Woman both came out in 1976.

Cameron also portrayed Isis on three episodes of the DC Comics series Shazam! between 1975 and 1976.

Her other acting gigs included playing Gale Hoffman on The Amazing Spider-Man and appearing on episodes of Columbo and the detective show Switch, which starred Robert Wagner and Eddie Albert. 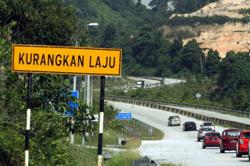