The 59-year-old actor has been filming the seventh instalment in the 'Mission Impossible' franchise in Birmingham. Photo: Tom Cruise/Instagram

A family in Warwickshire had a surprise visit from Hollywood actor Tom Cruise earlier this week when he landed in their backyard in a helicopter.

The 59-year-old actor, who has been filming the seventh instalment in the 'Mission Impossible' franchise in Birmingham, had to make an emergency helicopter landing after learning that the nearby Coventry Airport had been temporarily shut down.

According to Alison Webb, who lives there with her partner and children, the family was told beforehand that an unidentified "VIP who was running late" needed somewhere to land due to the airport closure.

"I thought it would be kind of cool for the kids to see the helicopter land in the garden," Webb told the BBC.

"(Tom Cruise) basically arrived and got out, and it was like 'Wow'. He went straight over to the children for a chat, then came over and elbow-bumped us and said, 'Thank you very much'."

The mega star, known to be obliging to his fans, posed for photos with the family and even asked if the kids would like to go up in the chopper.

He then got his pilot to take them on a ride around the neighbourhood while he attended a meeting.

"It turned out to be an incredible day," Webb said. "It was surreal, I still now can't believe it happened." – The Straits Times/Asia News Network 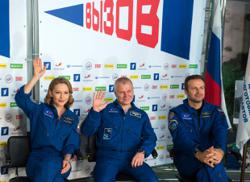 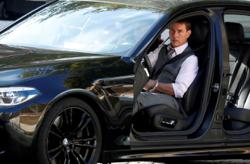 Carrie Fisher remembered by ‘juvenile’ Mark Hamill on what would have been her 65th
Star Wars fan Louis Koo gets Darth Vader cake for his 51st birthday
Singer Troye Sivan on why he chose to wear a dress at the Met Gala
Ain’t no mountain high enough for Jun Ji-hyun, star of much-anticipated K-drama 'Jirisan'
Alec Baldwin shooting: Why prop guns can turn deadly
Ranking 20 years of 'Fast And Furious' movies from best to worst Premium
Malaysian singer Ernie Zakri advised to not overwork during pregnancy
Chinese police detain concert pianist Li Yundi over prostitution allegations
Actor Alec Baldwin fired a prop gun that killed cinematographer on film set
Actor Jonah Hill wants people to stop commenting on his body