“Despite so much adversity this year, the creators behind our nominated work have found new and exciting ways to use their platforms and creativity to help the world stay connected,” Claire Graves, president of The Webby Awards, said in a statement.

Awards are selected by the Academy, while The Webby People’s Voice Award is voted on by fans around the world. Voting for that award is open now until May 6. Winners for all awards will be announced on May 18.

Nominees in podcasts this year include: Dr. Death: Season 2 by Wondery, Under The Skin with Russell Brand by Luminary, Wind Of Change by Spotify Studios, Land Of The Giants: The Netflix Effect by Vox Media, Our America With Julián Castro by Lemonada Media, Office Ladies by Earwolf and America Dissected: Coronavirus by Crooked Media.

Organisers received nearly 13,500 entries from 50 states and 70 countries. The organisations earning the highest number of nominations this year include Google with 22, HBO with 20, Comedy Central with 19, Condé Nast with 16, National Geographic with 15, Spotify with 14 and CNN with 11. 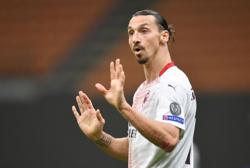