Who is the sexier bald man – Prince William (left) or Stanley Tucci? Photos: AFP and AP

Social media users are up in arms after a survey by cosmetic surgery company Longevita named Prince William the world's sexiest bald man.

The highly unscientific study released last week found that the prince had been described as "sexy" 17.6 million times in blogs, reports and pages found via Google search.

One fan wrote in mock outrage: "How dare we all watch Stanley Tucci make cocktails for the last year and not name him sexiest bald man."

Another Twitter user wrote: "Look, regardless of your opinion of the royal family, I think we can ALL agree that this is Stanley Tucci erasure and it shall not stand."

Echoing what many others were saying on social media, a netizen wrote: "Stanley Tucci, I will avenge you."

The Devil Wears Prada (2006) actor himself chimed in on Sunday with an Instagram collage with nine headshots, including one of himself. As a joke, he included actress Tilda Swinton with her head shaved for her role as the Ancient One in Doctor Strange (2016) and actor Ryan Reynolds, who clearly still has a full head of hair.

Tucci's tongue-in-cheek caption went: "Whose crown should wear this crown? So many wonderful choices."

The Rock, who came in ninth on the list, also took to Twitter last Saturday (March 27): "How in the cinnamon toast f**k does this happen - when Larry David clearly has a pulse? #demandingrecount."

He was referring to the American comedian, writer, actor, director and television producer who created the television series Seinfeld with comedian Jerry Seinfeld. – The Straits Times/Asia News Network 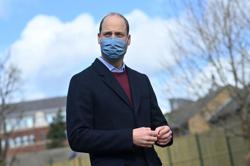 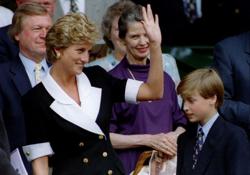