Actress Blake Lively felt insecure about her body after baby No. 3

Actress Blake Lively (pic) may have graced many Most Beautiful lists, but after the birth of her third child in 2019, she felt anything but confident.

The 33-year-old actress, who is married to Deadpool actor Ryan Reynolds, 44, opened up about her post-pregnancy body and how insecure she felt when she appeared on The Tonight Show in January last year, three months after giving birth to daughter Betty.

"I put together a @lavinoffical shirt and dress from @netaporter to make this pretty outfit, because no one had samples that fit me after giving birth," she wrote in an Instagram Story on Jan 30.

"And so many clothes from stores didn't fit either. So. Many."

In the photo she posted from her appearance on the show, she was dressed in an all-black outfit with Louboutin stilettos.

The mother of three, who has two other daughters aged six and four, continued: "It doesn't send a great message to women when their bodies don't fit into what brands have to offer. It's alienating and confusing.

"And I wish I felt as confident then as I do now, a year later looking back. That body gave me a baby. And was producing that baby's entire food supply. What a beautiful miracle."

In an interview with Good Morning America in January last year, she spoke candidly about raising three young kids.

"We're outnumbered and it's a lot. People say going from two to three, it's the same, you know, it's kind of easy – those people do not have three kids." – The Straits Times/Asia News Network 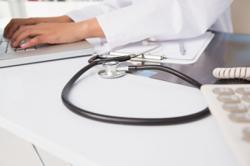