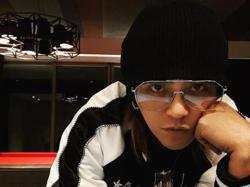 In April 2020, Show Lo’s ex-girlfriend accused him of being unfaithful to her. Photo: Show Lo/Instagram

Taiwanese singer Show Lo shocked his fans on Saturday (Jan 9) after responding to a teasing comment about his alleged sex scandals in which a social media user called him “Master of Time Management".

On Jan 8, Show shared a list of TV series he had watched on Facebook and asked for fans’ recommendations.

The post drew much attention with his many friends and fans sharing their respective lists. Meanwhile, some mocked him again for past affairs, with one recommending him to read the book of Time Management.

Lo replied in a self-mocking way to this comment: “I haven’t published the book yet.”

In April 2020, Grace Chow, Lo’s ex-girlfriend grabbed headlines when she announced the end of a nine-year relationship with Lo with a social media post that accused him of being unfaithful to her.

Chow outed Lo’s sexual debauchery and penchant for “multi-player sports” sessions and said that he had improper long-term relationships with female artists during their relationship.

Lo has since drawn criticism from social media users, with many dubbing him as “Master of Time Management".

Lo has kept a low profile ever since and he has seen his many projects canceled. – The China Post, Taiwan/Asia News Network