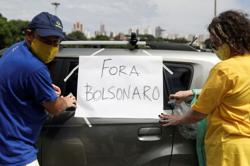 FECEA is an international festival organised in Brazil that recognises audio visual works at the school level.

Titled Batuh Bijanji from the Bidayuh dialect, which means The Promised Stones, it centres on two friends Bibi and Sarah who first meet when one of them is going through a rough period in her life. Macgres and Nabiatul voice the characters Bibi and Sarah respectively.

Macgres and Nabiatul produced the short with the help of their teachers Wan Zulfadli Ad-Dinnie Wan Azmi and Mohd Reduan Patah.

According to a report by Bernama, the project took 10 days to complete, and it was done using the rotoscoping technique that is used by young people who want to become animators.

The news portal quoted Sarawak Youth and Sports Minister Datuk Abdul Karim Rahman Hamzah congratulating the students: "The storyline of their short animation film is simply beautiful... It is about the young generation who treasure friendships that withstand the test of time.

"We hope that both Macgres and Nabiatul will continue to be inspired and to further develop their talents in filmmaking because, even at their young age, they have done us proud through their works which have also been shortlisted for the Best Animation (School) Award."

The movie was previously named as one of the best 11 Asia Short Films in 2019 under the #SubmitYourFilm initiative by an online movies website, Asian Movie Pulse. 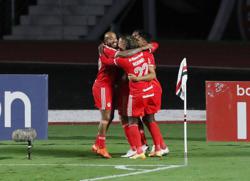