They may go around in a van looking for monsters, but these are Jing Mo (Jessie Li) and Ming Ge (Shawn Yue), not Fred and Daphne from 'Scooby Doo'.

When I first heard the title of this movie, I was quite excited. A Monster Run! What a unique premise! I wondered how far it would be? 500m? 10km? Maybe even a full marathon?

And who would win? My money was on the Werewolf, because he’s the only monster who actually runs.

Dracula would fly, and The Mummy and Frankenstein just lurch sinisterly. I hope they all remember to stretch properly.

Then I read up a bit more on the movie, and was a little disappointed. No, this movie is not about a race between monsters.

Instead, it’s a Cantonese fantasy/action flick about a girl who discovers that monsters live amongst us.

Imagine an Eastern mix of the plots of Ghostbusters and Fantastic Beasts And Where To Find Them. Sadly, however, Monster Run lacks the depth or full out excitement of any of those two films. 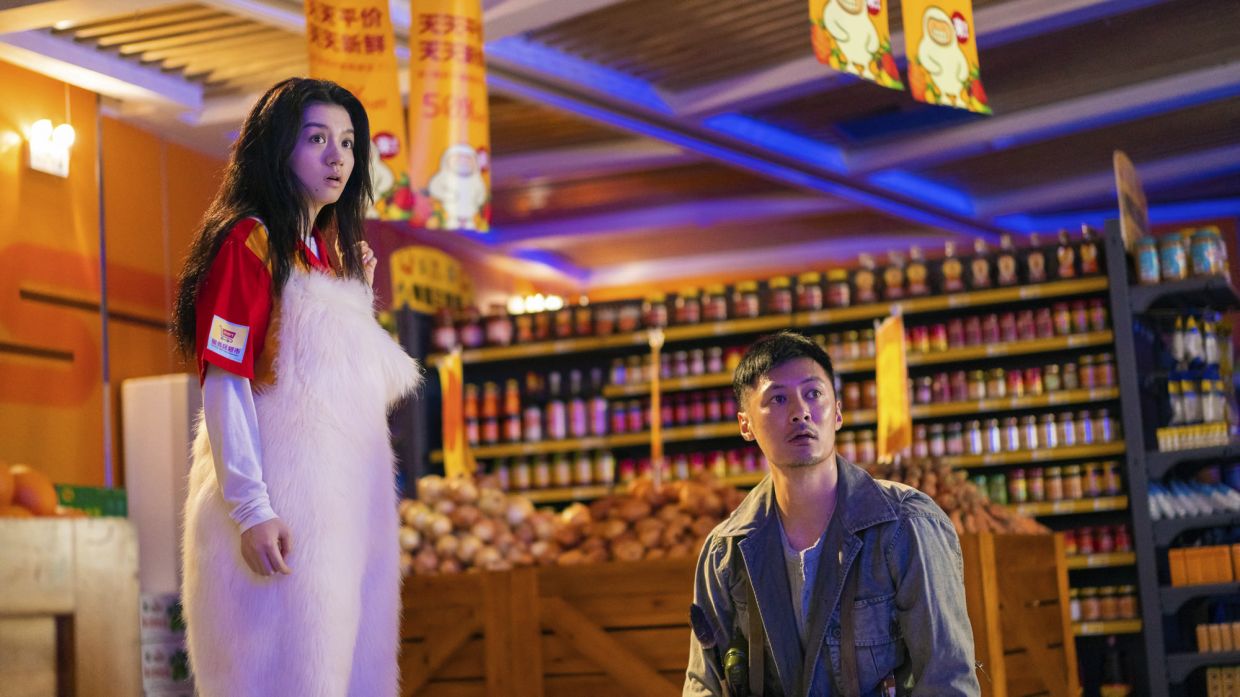 This film is the story of Ji Mo (Jessie Li), an average girl who works at a convenience store. She has a tragic backstory: she can see strange creatures which are invisible to everyone else.

People think she is crazy, and this causes a rift in her relationship with her mother.

One day, her convenience store comes under attack by one of these monsters. Enter Ming Ge (Shawn Yue) and his sidekick, a living paper puppet creatively called Paper (voiced by Shan Qiao).

They save the day, and reveal to Ji Mo that the creatures she can see are real and from another world.

There also are sinister figures with sinister plans about, led by the maniacal Lotus (Kara Hui) and if Ming Ge, Ji Mo and Paper don’t do something, the fate of the human world will be affected.

Cue a mad adventure with weird creatures, magic powers, and a lot of paper folding. 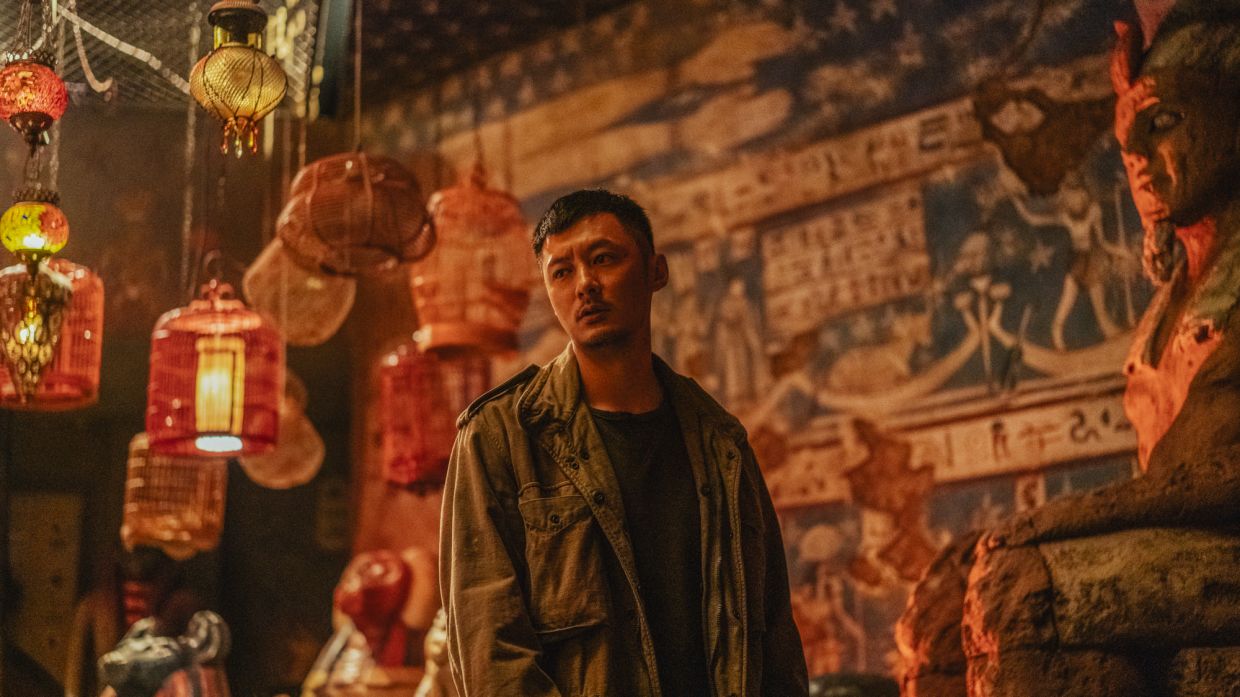 This film is very loosely based on the novel Monster, by American novelist A. Lee Martinez. How did a Western novel suddenly turn into a Hong Kong/China film? I’m sure there must be a story there.

Then again, if Disney can adapt the Chinese folktale of Mulan, this is probably fair game.

What’s most striking about Monster Run is that it has a lot of creative ideas. Its world is genuinely interesting: monster hunters trap their targets using Taoist charms! Rival monster hunters who are super cool! Characters travelling using a giant coral-like worm!

A suspenseful car chase in a time loop which would make Christopher Nolan jealous!

The problem is, many of these ideas are introduced, seen briefly, and then immediately discarded. The film even begins with some interesting lines about how monsters are responsible the little bits of chaos that happen in our lives every day.

This alone is a fascinating premise, and yet Monster Run never really builds on that at all.

Someone overfed the house cicak again.Indeed, the worst thing about this film is how halfway through, it suddenly switches gears.

It becomes less to do with monsters and more a generic evil scheme by a villain.

And when I say generic, I mean generic, because it is the most paint by numbers scheme you will ever see on screen.

There are no surprises and no plot twists at all, and everything plays out extremely predictably in a plot as thin as Ming Ge’s paper sidekick.

The film’s screenwriters do try and flesh out their characters by giving them backstories. However, these feel inorganic and contrived, as if they were drawn out of a hat and randomly assigned.

Both Ji Mo and Ming Ge are also given subplots, but they are not resolved satisfactorily at all. 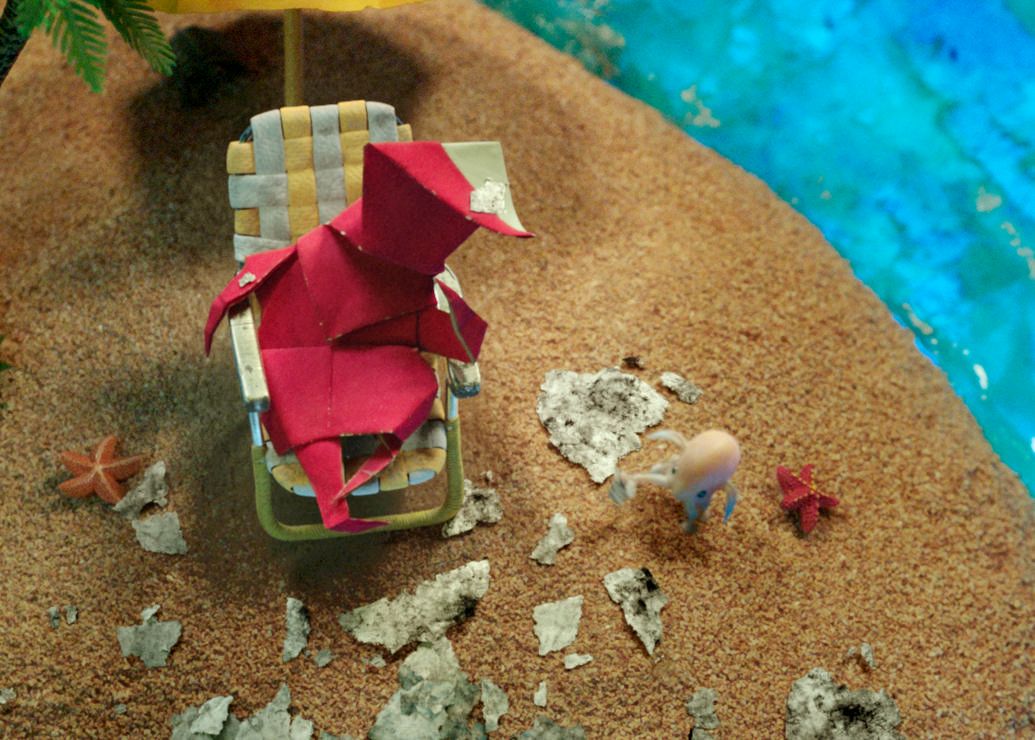 One of the characters in 'Monster Run' is a wisecracking paper puppet (voiced by Qiao Shan). What a cut-out.Predictable plot aside, the rest of the film is serviceable.

Visual effects are decent: the monsters tend to look cartoony, but this adds to the charm. The fantasy settings the characters travel to are cool-looking, and some of the numbers in soundtrack are really nice.

Acting is alright: Yue is broody and serious as the film’s hero, while Li just acts wide-eyed and bewildered through most of her screentime.

All the other actors ham it up, playing stock fantasy characters such as the Too-Cool-For-His-Own-Good-Minion and the Wise Old Mentor.

Honestly, the film’s true standout is the darn paper puppet, whose constant wisecracks are both amusing and annoying.

All in all, this film had a lot of potential. Sadly Monster Run, well, runs out of gas before it’s halfway point, and never manages to flesh out its intriguing world. Younger viewers and fantasy lovers may like its larger than life premise, other audience members however, might want to take a walkout. This fantasy film starts promisingly, but fizzles out in the end. 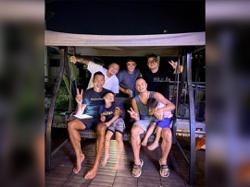