Never too old to learn something new. Photos: Alan Tam/Weibo

It is never too late to pick up a water sport.

He is a member of Cantopop band The Wynners, which were formed in 1973 and are still going strong. Other members of the band are Kenny Bee, Bennett Pang, Danny Yip and Anthony Chan, who are either in their late 60s or early 70s.

On Saturday night (Sept 5), Tam posted photos of himself preparing for the water sport, as he wrote: "Today is the first time I am trying wakesurfing."

The next day, he put up more pictures and wrote: "A country bumpkin doing wakesurfing for the first time".

While Tam seemed to be struggling in some of the photos, he was seen smiling in others.

Several netizens said the singer - known affectionately as Principal Tam due to his stature in the Hong Kong entertainment industry - looked fit and did not seem to be 70 from the photos, but they still urged him to be careful and not to injure himself.

Others said the photos reminded them of his 1985 song Love Trap, where he was seen riding a speedboat in the music video for the song.

Tam is a well-known fitness buff and he has posted photos on social media of him jogging, playing badminton and playing football.

He sparked a little scare among his fans in August when they noticed that his face looked thin in one of his photos. He clarified later that it was taken when he was slightly dehydrated after a strenuous workout. – The Straits Times/Asia News Network 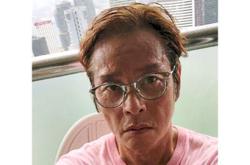 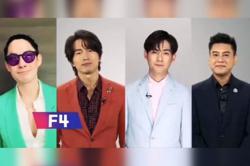