Should Taeyong be kicked out of K-pop group NCT for his school-bullying controversy? Should Taeyong be forced out of NCT? Fans are divided. Photo: Taeyong/Instagram

Taeyong, from K-pop band NCT, has been embroiled in a controversy surrounding school bullying since 2019.

In October 2019, the singer admitted to violence against several middle school classmates, including students “A” and “B” who brought the incident to light.

According to initial reports, “A” was driven to self-harm due to the bullying but was eventually stopped by a teacher.

When the two victims came forward about the situation, their allegations were dismissed as slander until the news was picked up by the Korean media.

Taeyong then arranged to meet up with both victims to apologise in person, and it was reported that the victims forgave the idol.

However, “A” is now threatening to release audio recordings involving Taeyong’s legal team in response to harassment from fans. According to “A”, fans of NCT – also known as NCTzens – have left hundreds malicious comments targeting “A” and have even exposed their home and work address.

Although the contents of the audio recordings are unknown, “A” appears to be using this as leverage against Taeyong’s fans.

In a post, “A” also implied that the clips contained incriminating evidence against Taeyong’s agency, SM Entertainment: “Don’t blame me, SM. I don’t care if you sue me, I’m going to expose all the information I have so I can end this evil.”

The resurrection of this controversy has caused some conflict within the fanbase. Some fans are calling for c to protect the group’s image; others, on the other hand, are expressing their support for the star on social media. 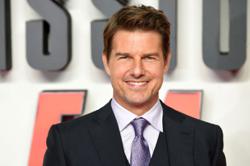