'The Teenage Psychic' finds her soulmate in Season 2

Award-winning HBO Asia series The Teenage Psychic is back for Season 2 and its young protagonists profess a strong connection, according to Taiwanese actors Kuo Shu Yao, 27, and Fandy Fan Shao Hsun, 25, who recently held an Asian press conference in Kuala Lumpur, Malaysia.

Returning as the titular ghost whispering schoolgirl Xie Ya Zhen, now 17, Kuo says she’s elated about reprising the role. “This is my first time playing the same role twice, and I feel deeply immersed in my character’s life, sharing similarities in our personal growth,” said the actress known as Yao Yao.

“In this second season, it’s as if I’m not acting any more. It feels like I’ve already become this person named Xie Ya Zhen. I keep thinking of myself as having a boyfriend who has died, and my relationships with schoolmates and family members feel very real too,” she shared.

Kuo plays a teenager coping with the death of her boyfriend (Kent Tsai) after an accident in Season 1, on top of handling the demands of school life and her talent as a medium.

“People think I can actually communicate with spirits – I can’t!” said Kuo, clearing up any doubts about her own psychic ability. “I depend on (the show’s) psychic consultant Sophia to share her personal stories and tell me what it’s like.”

When asked to compare having Tsai as her boyfriend in Season 1 and Fan as her new love interest, Kuo replied, “The difference is that Fandy is my soulmate. One is a boyfriend, the other is a soulmate. Even though it was our first time working together, we had great synergy.

“Our chemistry was so good, I felt like we had known each other for a long time. It felt as if we had already met each other in a past life. We got an instant connection. He picks up on my emotions very quickly. If I am sad, other people may not see it, but he would be crying along with me.”

Fan also described a similar synergy with Kuo, despite it being their first collaboration. “We hit it off right from the start. We realised we never needed much preparation as we were able to immerse ourselves into the characters very quickly.”

Though the collaboration came easily, Fan still found it challenging to look sickly for the part – especially since he had just filmed the sports movie We Are Champions, in which he played a basketball player.

“My muscles were too big and did not resemble a sickly schoolboy,” he explained. “My character is asthmatic, so he can’t exercise, hence his body is very much thinner. I had to lose 8kg in three weeks. To do that, I stopped exercising and only ate bland food. I personally enjoy sports, but as (my character) Zhang Yu Xuan cannot engage in strenuous physical activity, I had to sit and write a diary instead.”

Fan also revealed her had to deal with a personal loss when one of his family members died during the filming of the series. But he added that his most unforgettable moment on-set was when Kuo offered him her friendship.

“There was one scene where I got stuck and had to do many takes. The director was very encouraging and so was Yao Yao. She offered to be my first friend. I felt very touched by her gesture. That was very important to me.”

Kuo added that her most memorable scene was filming outdoors in the water with costar Jenny Wen Chen Ling, who plays nerdy schoolgirl Zhan Xiao Tong.

“We had to shoot a scene in a lake that was icy cold. I was shivering uncontrollably because of the freezing temperatures. I’ve never experienced anything like that before, so it left the deepest impression.”

Both actors said they were relieved there were no supernatural disturbances while shooting the show. However, Kuo revealed that there was a presence during filming that, thankfully, did not involve either of them.

“In this scene, the members of the drama club were playing a game and some spirits gathered around them wanting to join in the game, too! The actors didn’t see them; only our consultant Sophia did.”

It also inspired the HBO Asia Original documentary The World Behind The Teenage Psychic.

'The Teenage Psychic' finds her soulmate in Season 2 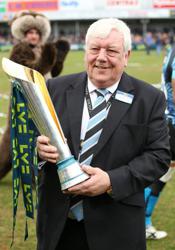 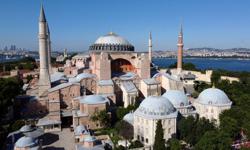 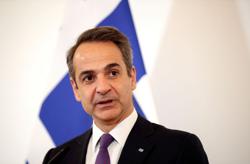