THE film adaptation of the novel 'The Garden Of Evening Mists' is scheduled to open in Malaysia, January, 2020. Photos: Astro Shaw/HBO Asia

The Garden Of Evening Mists, a film adaption of the critically acclaimed novel of the same name by Malaysian Tan Twan Eng, was honoured with nine nominations at the upcoming 56th Golden Horse Awards.

The Golden Horse Awards are among the most prestigious film awards in the world of Chinese language cinema. Established in 1962, the awards have given recognition to numerous excellent filmmakers working in Chinese-language cinema.

The nominations were announced Tuesday, and the awards ceremony of the 56th Golden Horse Awards Ceremony will be held on Saturday, November 2, in Taipei, Taiwan.

Set to premiere in Malaysia in January 2020, The Garden Of Evening Mists is based on Tan's novel, which was shortlisted for the 2012 Man Booker Prize. The plot revolves around Teoh Yun Ling who, embittered from atrocities of World War II in Malaya, seeks solace in the rolling hills of Cameron Highlands. There, in her quest to build a garden in homage of her late sister, she embarks on a forbidden love affair with the mysterious gardener, Nakamura Aritomo.

The film is presented by Astro Shaw and HBO Asia with support from the National Film Development Corporation Malaysia (FINAS) in association with CJ Entertainment.

The Garden Of Evening Mists will also be screened at the Hong Kong Asian Film Festival as a “Gala Presentation”, with screenings to take place from Nov 14 to 16. 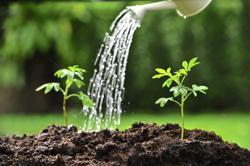 Montreal's community gardens reopen, much to their fans' relief 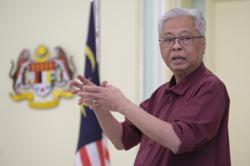