Nabila, who won Best Actress at the Malaysia Film Festival for her performance in Munafik, plays a shaman in 'Folklore'. Photo: Handout

“The things that aren’t in my control, I try not to think about it,” he says when asked if he has dreamt of expanding his career Stateside.

“The things that are in my control, things that I can do to change my fortune like how to improve on my craft, I work on that. Anything more than that, it’s a blessing.”

Now, the 40-year-old actor is involved in yet another HBO Asia production, Folklore, a six-episode horror anthology series.

“After (horror film) Pengabdi Setan, I thought I would give horror a break until (Folklore director) Ho Yuhang came and offered me this. After I read the script, I knew I couldn’t turn this role down,” he says at a press event promoting the series.

In its Malaysian episode, Toyol, Bront plays a member of Parliament whose constituency, a fishing town, has been upended when its fishes turn up dead. Though hesitant at first, he puts his faith in a shaman who seems to be able to restore order to the town.

Nabila Huda, who plays the mysterious shaman, is working with HBO Asia for the first time on Folklore.

“I’ve thought of being a part of an overseas production but it’s just been a dream I had. I didn’t go looking for the opportunity, it came to me when Yuhang approached me with the script.”

Nabila and Bront star in the Malaysian episode of HBO Asia's 'Folklore'. Photo: The Star/Aclina Abdullah

Nabila, a seasoned actress in local productions, talks about her experience on the set of Folklore: “Sometimes, I think I know how to approach (a scene), but (the director) will tell me to do something I’ve never done before, and it’s something I didn’t know I had in me.”

Director Ho shares he immediately thought of Nabila – who won Best Actress at the Malaysia Film Festival for her performance in 2016 horror flick Munafik – for the project: “I had no one else in mind actually. And I hadn’t watched Munafik yet at the time.”

He adds: “The casting process was interesting because when I went to Bront and asked who he thought should play (the shaman), he mentioned Nabila. When I asked Nabila who should play (the member of Parliament), Nabila said Bront.”

“I knew the directors I wanted to get on board and I pitched them to HBO. After that, I essentially just looked at their treatments and made some suggestions. Once they got the script done, I felt it was good to let the directors do it their way. For example, I just left Yuhang to his own devices and he came up with something brilliant.”

Khoo, who also served as director for the Singaporean episode, Nobody, talks about why Asian horror stories have done so well in terms of delivering the scares to viewers.

“The reason is because we believe. We’re all so superstitious and it comes through in our work. So, that’s why we have Hollywood looking for ideas in Asia, because we’re rich in terms of our beliefs.”

Asked how the Malaysian episode stands out from the rest of the series, Bront responds: “It’s a collaborative process, it’s about celebrating the various stories and creative work in our region. It’s not a competition.” 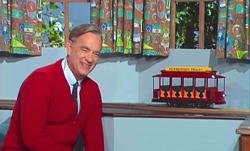