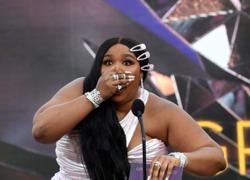 15 seconds was all it took to change Malaysian singer Cheryl K's life.

The 22-year-old, whose real name is Cheryl Koh, wanted to try her hand at acting initially when she submitted her audition tape for Crazy Rich Asians (reviewed here).

The Jon M. Chu-helmed movie organised a worldwide online casting call last year where acting hopefuls were required to post a video of themselves reading a sample script on various social media platforms. At the end of the video, they were asked to show a hidden talent.

“The script took up most of the video’s time so I only had 15 seconds to sing an a cappella of Jessie J’s Mamma Knows Best. Never would I imagine that that would be enough to catch Jon’s eye,” she recounts in an e-mail interview.

Almost a year after uploading the audition tape, the Shah Alam-native was finally approached with the possibility of singing a song for the movie. She was asked to submit a recording of herself singing Motown classic Money (That’s What I Want) by Barrett Strong.

“I recall jumping up and down like crazy. I learned the song the day itself. I recorded a demo of it in my room and submitted it the next day. Within three to four days, Warner Bros called me to tell me I booked the job. Jon heard my demo and wanted me to do it.”

Although Cheryl K was familiar with the song, there was a Mandarin portion introduced to the song that she worked hard to perfect.

“I went into the recording studio at night after a full day of classes,” Cheryl, who was then a student at University of Southern California, recalls the day of the recording session.

“It took about four to five hours to record everything including multiple takes and layers, backup vocals, behind-the-scenes footages and a video interview.

Cheryl K met some of the cast of Crazy Rich Asians including Tan Sri Michelle Yeoh at the film's promotional events.

“Jon was so fun to work with in the recording studio! He gave me a lot of pointers and tips on how he wanted me to sing the song. I remember him saying, ‘Cheryl, I want you to growl as much as you can and sing with your greatest energy because I want people to feel like they want to jump out of their seats during the opening of the movie.’”

Cheryl K adds that Awkwafina, who stars in the film and also raps on the song, recorded her portion separately as she was away promoting another film, Oceans 8.

Her rendition of Money was not only used at start of the film but also when credits rolled.

Although the singer didn’t get to work with the film’s stars, she did meet them at the Los Angeles premiere and at other promotional events.

“They were all incredibly friendly and humble. All of them encouraged me to keep on pursuing my dreams as they believe I was very talented. I remember having especially good conversations with Michelle Yeoh and Ken Jeong, who took an extra interest in my background. Actually, it was Ken Jeong who humbly came up to me to introduce himself.”

Cheryl K, who is currently based in Los Angeles, graduated last May with a bachelor of science in business administration and a minor in music industry. She plans to pursue a full-time singing career.

“I am now in negotiation with an independent US record label. I also have potential management and agency appointments set up here in Los Angeles. I am excited to see where my career can go after this.”

Cheryl Khas been singing since she was eight. In 2010, when she was only 14, she took home four gold medals in the vocal category at the World Championship of Performing Arts in Los Angeles.