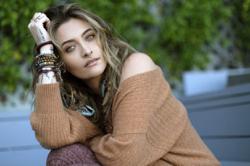 Janet Jackson holds the No. 7 spot in Billboards all-time Hot 100 artiste ranking, ahead of brother Michael who comes in at No. 8. Photo: AFP

The king of pop is not the most accomplished among his musical siblings, losing that distinction to Janet Jackson, in one prime statistic - how much time their records have spent on the charts.

Billboard magazine, which monitors the jostling, did some counting as part of its celebration of the 60th anniversary of its Hot 100 chart, which kicked off on Aug 4, 1958.

The numbers may surprise many, with Janet landing at No. 7 in the magazine’s all-time Hot 100 artiste ranking, ahead of Michael who comes in at No. 8.

She also ruled the roost longer when she hit No. 1 with any single. That’s The Way Love Goes reigned supreme for eight weeks in 1993.

At No. 9 is Whitney Houston while Rihanna takes No. 10.

Janet is likely to pull further ahead of Michael, who died in 2009.

Now on tour in United States, she could come up with another hot-selling album or repackage her hits.

But Janet, 52, is still unlikely to overhaul his phenomenal record sales of more than 350 million, with her current number hovering only at more than 100 million. – The Straits Times/Asia News Network