To say actors Zizan Razak and Shaheizy Sam are devoted to their craft is an understatement.

A few weeks ago, an Instagram post uploaded by Zizan saw the comedian-turned-actor lying on a stretcher, breathing through an oxygen mask on the set of action flick, Polis Evo 2 (PE2).

“In that week alone, I travelled back and forth between Kuantan and Kuala Lumpur three times. On that morning, I already felt a little unwell as I didn’t have enough rest but I carried on (working) anyway.

“We filmed a lot of action scenes. I was jumping about,” Zizan explained about the incident at a press event in KL.

“The next thing I know, I opened my eyes and saw a fireman helping me breathe through an oxygen mask.”

His PE2 co-star Shaheizy gushed about Zizan’s level of commitment on set: “Believe me, one day Zizan will be an actor respected by many, not just as a comedian.”

Shaheizy, too, held nothing back during the filming of PE2. “Yes, I sustained a lot of injuries. I was thrown on a table, thrown against a wall. I didn’t want to use a stuntman. I just try to be careful when I do these things,” he shared when asked if he got hurt on set, pointing out various scrapes and lacerations all over his body.

“The satisfaction you get as an actor who does everything himself is like no other, as audiences will be able to see that you went through exactly what the character goes through.”

The Malaysia Film Festival Best Actor winner’s dedication comes as no surprise. Known as one of the most serious actors in the country, he has gone to great lengths to portray a role.

He lost the weight in about a-month-and-a-half through a diet consisting of vegetables, fruits and water.

“This was the wallpaper I had on my phone when I was preparing for Pinjamkan Hatiku,” he said, showing us a photo of Christian Bale in The Machinist.

Shaheizy then had to pack on some 14kgs of muscle for PE2, which is currently in production.

The actor is well aware of the fact that these drastic physical transformations will take its toll on his health. “I love my job so much. I don’t mind because my film will live for hundreds of years, even when I’m no longer living in this world. I want people to remember that I was a versatile actor,” he reasoned.

Shaheizy Sam when he was filming 'Polis Evo 2' this year. Photo: The Star/Azlina Abdullah

PE2 is the highly-anticipated follow-up to 2015’s Polis Evo which thrived on the chemistry between a cold, merciless big city cop (Shaheizy) who is assigned to work alongside a warm, happy-go-lucky small-town cop (Zizan) in Terengganu.

The blockbuster buddy cop flick raked in RM17.47mil, making it the second-highest earning local movie of all time.

“We looked at a lot of Hollywood films for example. The first movie is usually really good but then the sequel comes out and it’s usually over-the-top. I just need to understand the storyline and do my best and not over-act,” Zizan talked about the pressures of making an successful sequel.

Meanwhile, Shaheizy feels confident about the success of PE2. “Looking at the footages and the script, PE2 is an upgrade. I believe PE2 will be the pride of the local film industry,” he added.

It’ll be a while before PE2 hits cinemas. In the meantime, fans who miss the Zizan and Shaheizy pairing can watch the duo on the telemovie, Baby Bro.

Baby Bro is a comedy flick about two bachelors who find a baby at the backseat of their car. Hilarity ensues as the guys have no clue how to take care of the baby.

It is directed by Ghaz Abu Bakar, who incidentally also helmed Polis Evo and other big-budget films like Cicakman 3. Ghaz talked about his unorthodox move to direct the telemovie: “I don’t choose to do films that are expensive. If a film doesn’t have a big budget but I know it will give me new and interesting experiences, I will take it. It’s not about the money.”

As for Zizan and Shaheizy, they signed on to the telemovie as they wanted to do something light and fun while waiting for the production of PE2 to start.

Zizan added: “Also, I have a lot fans who are kids and I think this film is a great way for me to inspire them. And I think when kids like watching something, they will watch it again and again.” 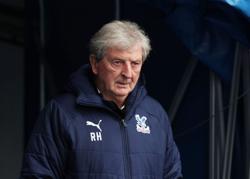