What are the major changes for this year’s Malaysia Film Festival?

So, for this year’s FFM29, the committee has decided to drop the Best Malaysian Film and Film In National Language categories. At the upcoming event on Sept 23 to honour excellence in the local film industry, FFM will only feature one main Best Film trophy.

Finas director-general Datuk Fauzi Ayob made the announcement at a press conference in Kuala Lumpur, last week: “We made the decision to drop separate categories to avoid controversy and allow every (Best Film) nominee to compete in one category only.”

He added that this decision also means all films get to compete on equal grounds.

'OlaBola' was one of the nominees at last year's FFM. Photo: Astro Shaw

The Non-Bahasa Malaysia category expanded in 2016 for the 28th edition of FFM to include Best Director and Best Screenplay. In these categories, Mandarin and Tamil-language films like Jagat, OlaBola, Maravan, The Kid From The Big Apple were some of the nominees.

Backlash ensued with criticism over the divide coming from members of the industry, corporate figures and politicians. Most urged for the Non-Bahasa Malaysia categories to be removed and allow its nominees to compete with films like Munafik, Polis Evo and Nota in the original Best Film, Best Screenplay and Best Director categories.

Cinematographer Mohd Noor Kassim displayed his dissatisfaction over the division by boldly returning his FFM trophies to Finas and announced that he was pulling out from competition in a category that he was nominated for.

“Why should films made by locals be categorised according to language in a national-level competition? Aren’t we all Malaysians? Don’t we have the same identity card? I believe we should encourage healthy competition ins­tead of making room for division,” he stated in an interview last year.

Former Finas director-general Datuk Kamil Othman at that time described the division as a “transitory compromise” and it was meant to reflect diversity in the local film industry. There were those who supported the division as a the right way to uphold the sanctity of the national language.

A final compromise was reached when Communications and Multimedia Minister Datuk Seri Dr Salleh Said Keruak announced that all Non-Bahasa Malaysia categories would be removed and their nominees would compete in the respective categories. A Best Malaysian Film category was introduced and Jagat won.

In the Best Film In National Language category – another first – Munafik was announced the winner.

These categories will no longer be contested at this year’s awards show. The upcoming FFM29 will also be the first time since 2011, where only one Best Film winner will be announced.

In another surprising move, Finas has decided not to release the list of nominees in all 18 categories.

“The top five nominees will remain a secret until awards night,” Fauzi said.

He also explained that the FFM nomination criteria is now flexible to allow more producers the chance to send entries for award consideration.

The two main requirements are that films have not competed in the previous FFM awards and have received the Censorship Board certificate (LPF) before July 31, 2017.

With the theme “Transformasi citra karya” or emphasis on evolution in terms of storytelling, FFM has received entries from 53 films; 41 in Bahasa Malaysia, six in Mandarin, five in Tamil and one in English.

“The focus for FFM this year is to celebrate ‘kekitaan’ (togetherness) as the voice of reason for government bodies, filmmakers and rakyat to work towards excellence and progress in the local film industry. Our goals have to reflect how Malaysian cinema has come a long way since 1933,” Fauzi said in his speech.

Sangeetha Krishnasamy is hopeful that an award win for a film like 'Adiwiraku' means more filmmakers will be encouraged to tell heartwarming Malaysian stories about everyday people. Photo: The Star/Faihan Ghani

Director Ahmad Idham said there is no aftermath that comes with winning an FFM award. Ahmad, who received the Best New Director award in 2003 for his work in Mr Cinderella, hopes to see Finas continue nurturing local talents with a long-term development plan.

“I don’t see how winning an FFM award can help to elevate your performance as a filmmaker at a more competitive level. An FFM recognition feels like a one night of glory. I’ve been in that kind of situation. I’m still struggling today,” he said.

Namrom is positive that an award win can help improve the chances of some actors at nabbing roles in the future. Photo: The Star/Rohaizat Md Darus

Actor Namron has a more positive outlook as he sees how an award win can help boost an actor’s credibility.

“Any award is significant to its recipient. Especially for an actor who is not popular or well-known. It’s an advantage that will improve their chances of winning roles in the future,” Namron said.

Actress Sangeeta Krishnasamy, who stars in the feel-good drama Adiwiraku is also feeling optimistic about how an award win can inspire more good.

“Adiwiraku has had a positive impact on viewers I’ve met who said it motivates them as teachers and parents. If Adiwiraku wins something, maybe it will inspire more people to take risk and make movies like that,” she said.

What are the major changes for this year’s Malaysia Film Festival? 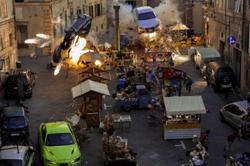 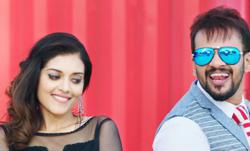 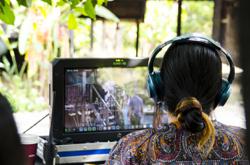 CMCO: Finas to pay for Covid-19 tests for actors and film crew