A recent cancer scare led Malaysian singer Z Chen to rediscover his passion for music and life in general.

The 44-year-old singer from Seremban, Negri Sembilan dropped a bombshell at a recent press conference in Kuala Lumpur when he revealed that in 2015, he had been diagnosed with a 2.4cm tumour in his thyroid.

Fortunately, the growth turned out to be benign, but he was told to return to the hospital for a checkup every six months.

“The many months I spent going in and out of hospitals made me realise the importance of enjoying life.There is no point in making so much money – once you get sick, everything will be gone,” he said.

Fondly dubbed The Little Prince Of R&B, the Taiwan-based singer prefers to record his albums in Malaysia. "It’s like a homecoming of sorts for me,” he said.

It brings me back to the time when I was just 18 years old, an age of innocence when it all began.

Also, it is a recollection of all my memories from the past 18 years since I first made my debut in music.

2. Can you share any stories about the songs in your album?

After I recorded Wo Ai De Ren Bu Ai Wo (The One I Love Does Not Love Me), my previous partner asked me whether the song is about her. I said no, because the song was chosen long before this person came into my life.

The opening line goes, “Love is nobody’s mistake, and that is why it is so heartbreaking.” That is definitely my story.

Since my first relationship, I have never blamed or tried to find fault with anyone. There is no right or wrong, only a realisation of what was not meant to be.

I have always been that way even before I became a singer. I am a very private person. I prefer to be very low profile in everything that I do. If my partner wants our relationship to be public, then I will let people know very gradually.

It’s not just because I’m a singer. Others may think that being a public figure means my relationships should be made public as well.

I don’t feel that way. For me, my personal relationships should be kept private. Besides, my love life is really no different from anyone elses.

When the day comes for me to announce my relationship publicly, then that person is definitely the one that I want to spend my whole life with.

4. You have said in earlier interviews that this could be your last album. Why is that so?

Because it is the digital age. Nowadays, you can’t even play CDs in cars anymore. Some kids don’t even know what a CD is, especially those born after 2010!

Also, I feel that releasing a full album of 10 songs is a waste of resources, because we can only plug two or three songs. I don’t want that. I want to be able to give every song the attention it deserves.

So, unless I find a better way to make another album, I will not take the risk. It’s just like embarking on a new relationship.

Not releasing an album does not mean not making music. I wish to find new meaning in making music, and not just producing albums.

5. Why do you like singing? How did it all begin for you?

The first time someone took notice of me was when I was about five or six. He picked me up and put me on a table and told me to sing a song.

Then, I started participating in singing competitions. The first time I stood on a stage was when I was in Standard One. I was very nervous to be facing such a large and noisy crowd. But as I sang, the audience started to quiet down. I realised then that because of my slight build, I had to stand on a stage and sing in order for people to take any notice of me.

From then on, I won every singing competition I took part in. But I’ll always remember the first time I picked up a microphone. These memories are very important to me. That is the reason for this album. 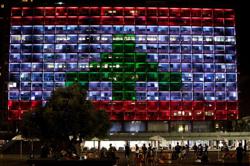