Upin and Ipin, tiny boys with a huge audience When Burhanuddin Radzi came up with Upin & Ipin back in 2007, he remembered some people were sceptical about the idea, saying it wouldn’t work.

“They told me, viewers will not accept this idea because it was set in a kampung. I was laughed at for my ‘kampung’ idea,” he shared during an interview in Petaling Jaya, Selangor, recently.

Upin & Ipin – an animated series which revolves around five-year-old twins who live with their grandmother Opah and sister, Kak Ros, in a kampung – is a well-loved series that’s now part of Malaysian pop culture (like the boys’ catchphrase: “Betul, betul, betul!”).

It debuted in 2007 as a six-episode series and is currently into its 10th season.

Hasnul Hadi Samsudin, the director of creative content and technologies division at Malaysia Digital Economy Corporation (MDEC), recalled that Burhanuddin noticed there was a void for locally-produced animated content with a distinct Malaysian setting in the market.

Using food as an analogy, Hasnul explained Burhanuddin’s logic. “He said ‘Most of the locally-produced animated stuff seemed to be made for people who eat blue cheese’. He wanted to see something for people who like belacan,” Hasnul said during a phone interview.

The success of the show lies in the simplicity of its concept, which managed to strike a chord with Malaysian parents who find the show to be relatable and informative.

Over the years, the series expanded to more than 200 episode with new characters, different adventures, plenty of music videos and even a musical.

Mandarin and English-dubbed versions of Upin & Ipin were made for the international market and the series subsequently became a Disney Channel Asia staple.

In 2009, Upin and Ipin ventured to the big screen with Geng: Pengembaraan Bermula, a RM4mil animated film produced by Burhanuddin’s Les’ Copaque Production. The film made RM6mil at the local box office.

This year, the cheeky boys appear in another film – a live-action feature starring Puteri Balqis, Awie and Remy Ishak, as well as animated Upin and Ipin.

Titled Upin & Ipin Jeng Jeng Jeng, it is co-directed by Ainon Ariff (Les’ Copaque creative content director and Burhanuddin’s wife who is behind the animation bit) and Erma Fatima, who shot the live action sequences.

In the film, Balqis plays an orphan who uses her imagination to interact with Upin and Ipin (both voiced by Asyiela Putri). When the little girl finds out that her orphanage will be shut down, she seeks Upin and Ipin’s help to prevent it from happening.

Upin & Ipin Jeng Jeng Jeng was launched by Deputy Prime Minister Datuk Ahmad Zahid Hamid at a recent premiere event in PJ. He shared that his nine grandchildren are all fans of Upin & Ipin. Zahid also applauded the show’s success in the local and international animation scene.

Hasnul mentioned that in 2015, creative companies under the Malaysia National ICT Intiative (MSC) such as Les’ Copaque recorded RM86.6mil in export sales, a 36% increase since 2011.

Domestically, the local animation sector recorded RM181mil in profit, marking a 45% increase from 2011.

“You know, Burhanuddin should be having the last laugh. His company could earn up to US$100,000 (RM420,200) a month just from YouTube channel earnings,” he said.

An 18-minute clip for Upin & Ipin – New Toys has over 27 million views. It’s not hard to see why it’s possible for Les’ Copaque to earn such a staggering figure just from YouTube alone.

But ask Burhanuddin about Upin & Ipin’s phenomenal success – including having the deputy prime minister grace the premiere of Upin & Ipin Jeng Jeng Jeng – and he comes off nonchalant.

Perhaps the Les’ Copaque managing director is not ready for celebrations just yet as he still has other ideas with Upin and Ipin. An animated 3D Upin & Ipin The Movie for example is scheduled to open next year.

“For now, we’re thinking about how to make sure we can continue with our creation.”

Upin and Ipin , tiny boys with a huge audience 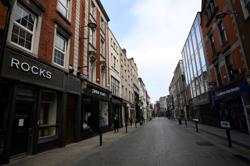