Behind the scenes with HaHa from 'Running Man'

1 In person, Running Man’s HaHa is easygoing and friendly - infectious traits help drive the popularity of the South Korea variety show.2 Back in his native South Korea, HaHa is leading a trail of reggae music.3 In an event hosted by the zany Running Man bunch, you do want the show to keep running. (From left: Song Ji-hyo, Lee Kwang-soo, Kim Jong-kook, Ji Suk-jin and HaHa.)4 The fan meeting’s highlight saw Ji Suk-jin impersonating Andy Warhol and Lee Kwang-soo in drag while dancing to K-pop number ‘Trouble Maker’.

Viewers at home see the funny aspect of South Korea’s most popular variety show, but a different story takes place when the camera stops rolling.

It's almost noon, and Running Man member Ha Dong-hoon is caught up in a ridiculously tight schedule. We’ve just wrapped up an exclusive interview at a confidential location in bustling Kuala Lumpur, and the man – better known by his stage name HaHa – has to rush to a mall for an autograph session.

“Do you want a selca (selfie)?” he asks in his signature raspy voice. A female member in his entourage is about to protest when he retorts: “Aish, gwaenchanh-a. Gwaenchanh-a.” (Aish, it’s okay. It’s okay.”)

This generous query betrays his image as an A-list hallyu star. It’s also one that would prompt cynics to think it as a ploy, used by celebrities, to detract those who dabble in entertainment journalism from professional objectivity.

The thing about the Seoul native though, is that he isn’t your conventional Korean wave celebrity. Sure, the notorious restrictions affiliated with the republic’s entertainment scene still stands (like how only a handful of questions were approved after a vetting process prior to the interview).

But even when the hard-hitting questions which weren’t pre-approved are successfully sneaked in, he happily answers without hesitation. The entertainer also obliges, when I politely ask him to remove his dark sunglasses – much to the chagrin of his public relations manager – for the photography session.

If anything, talking to the 35-year-old feels like talking to a hyung (a honorific term for “older brother”, as addressed by younger men). He tries to drop some Korean pop culture references during our chat, although some of those analogies are probably lost in the halting translations provided by his earnest friend Jay, who has accompanied him.

But then again, this kind of affable demeanour is what makes the Running Man franchise so appealing in the first place. The cast are endearing and relatable in a way that put the people-friendly theatrics of elected officials to shame. 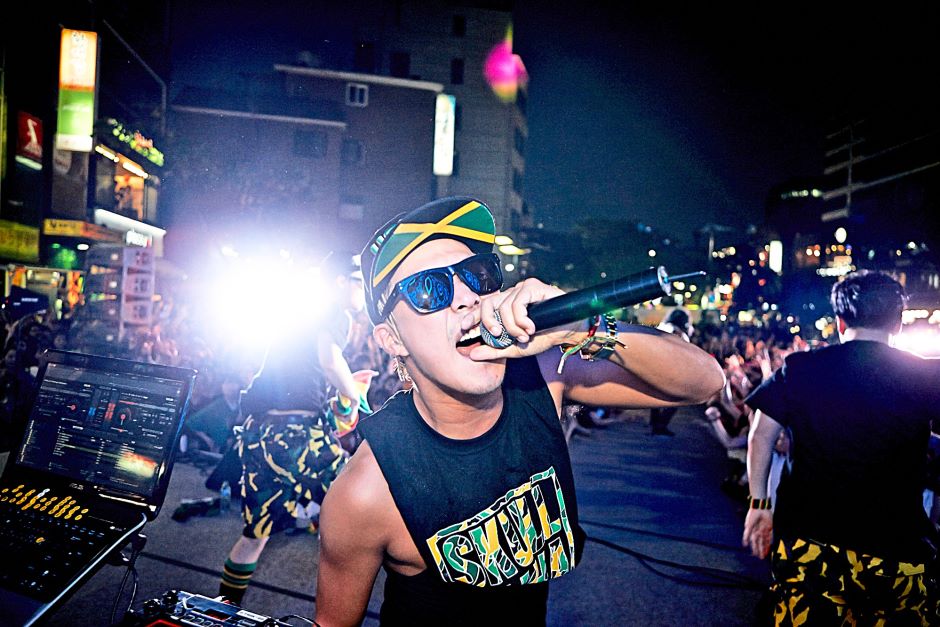 In South Korea, HaHa is leaving a trail of reggae music. 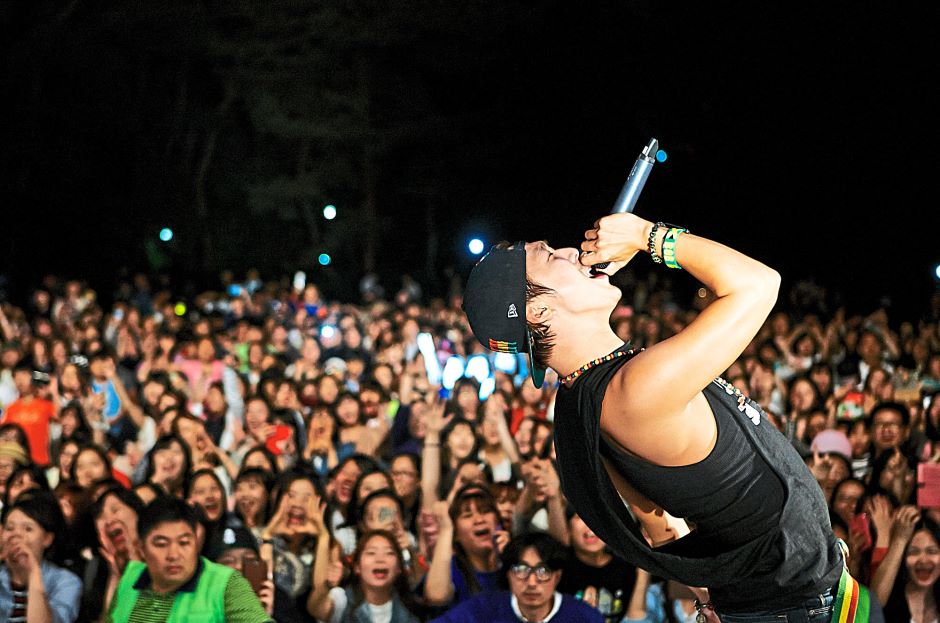 With his larger-than-life image, HaHa has no qualms exciting the fans at a Running Man show.

Since its inception in 2010, the urban reality series has captivated viewers across the region with its winning brew of slapstick humour and zany antics.

“It still feels like a miracle every day. When I joined the show, I didn’t expect it to be this big. I’m really appreciative of people’s response towards Running Man,” says HaHa, whose moniker comes from the repetition of his surname.

That is, of course, what viewers who watch the show in glee from the comforts of their homes see. What happens behind the scenes though, tells an entirely different story.

“The filming of the show is rather tough at times, especially for Suk-jin hyung who (at 48) is the oldest in the group. But there are many people who love what we do, so there’s no way we can slack off,” he reveals.

“The show is all about physical activities. But during the filming of certain scenes, the members including myself, do get hurt and suffer from injuries. If you take a look at our bodies, you’ll find scars,” HaHa divulges as he pulls up the hem of his black pants to show me some healing wounds on his shins.

“When that happens, we just take painkillers, put on a smile and do the scene all over again. The members console each other because the camera has to keep rolling,” he adds.

After a brief pause, he finally says: “I love being a part of Running Man. All of us do. Eventually, the thought of our audience helps push us through any obstacles.”

Perhaps the infectious chemistry amongst the members is the result of this shared hardship. On screen, the ensemble comes across like a tight-knit family.

“Our relationship is the same with or without the camera. Sometimes, we eat and drink together at my restaurant. Occasionally, we go to the spa and sauna together,” the new father shares (he and his singer wife Byul welcomed a son named Dream, in July last year).

With such amazing kinship, it’s only natural that HaHa answers, “The Running Man members”, when probed about his role models.

“There’s something to learn from each and every one of them. Jae-suk hyung for his leadership qualities, Jong-kook hyung for his healthy lifestyle, Suk-jin hyung’s caring manner, Kwang-soo’s kindness...,” he says, before adding with a laugh, “and Ji-hyo’s strength!”

Born in Berlin, Germany, HaHa’s journey to fame hasn’t always been rosy. The earlier days of his career were plagued by a failed singing venture.

It took years of moderately successful television appearances before he finally found global recognition through Running Man. In addition to being on the show today, he is also forging a reggae music trail back in his native country.

His arduous climb to popularity is testament of the make-it-or-break-it nature of show business.

The multi-faceted entertainer’s success story does warrant the question, despite objection from the public relations person: What is that one important thing to know early on in the republic’s highly competitive entertainment scene?

“Sacrifice,” he answers as he stares intently into my eyes. A solemn expression briefly passes over his face before being replaced with a genuine smile.

He puts his heavily-tinted shades back on. It’s time to face the crowd again.