Black Widow, and other Marvel heroes and villains from Russia 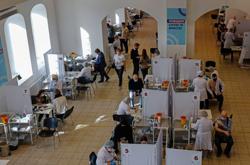 The 'Black Widow' film puts the focus on the character’s Russian roots. Here are some of Marvel’s more prominent Russian characters so far.

Did you know that the beginnings of Marvel’s core Earth-616 universe did not stem from other-worldly threats like the Celetials, the Infinity Gauntlet or even Mutants, but from... Russia?

It was Reed Richards’ persistence in beating the Russians at a space race that indirectly resulted in the formation of the Fantastic Four (Fantastic Four #1, 1961).

At the time, the ongoing Cold War between the United States and the former USSR meant that the role of Russians in mainstream comics were mainly villainous in nature. Case in point: The Abomination, Chameleon, Kraven the Hunter, Rhino, and even Black Widow, who made her comic book debut as a villain.

There were exceptions, of course, including Black Widow’s eventual heroic “turn”, and the likes of Colossus, Magik and the Soviet Super Soldiers. With the Black Widow solo movie finally out in Malaysian cinemas, there could be renewed interest in Marvel’s Russian characters. Here are some of the more prominent ones so far. Natalia Alianovna Romanova, or Natasha Romanoff, made her debut in 1964’s Tales Of Suspense #52, in which she was a Russian operative who used her charms to distract Tony Stark while her comrade, Boris Turgenov attempted to assassinate Anton Vanko (aka the first Crimson Dynamo), who had defected to the US.

However, it was only in the 1970’s The Amazing Spider-Man #86 that The Black Widow we know today – red hair, skin-tight black costume and wrist shooters – made her debut, and she hasn’t looked back since.

After her heroic sacrifice in Avengers: Endgame, Natasha will arguably be better known among modern Marvel fans as one of its highest ranking members, and despite being superpower-less, the Widow’s ability to lead Earth’s Mightiest Heroes on several occasions, is laudable. However, her death also means that the Avengers now has a Black Widow-shaped void to fill in its ranks. 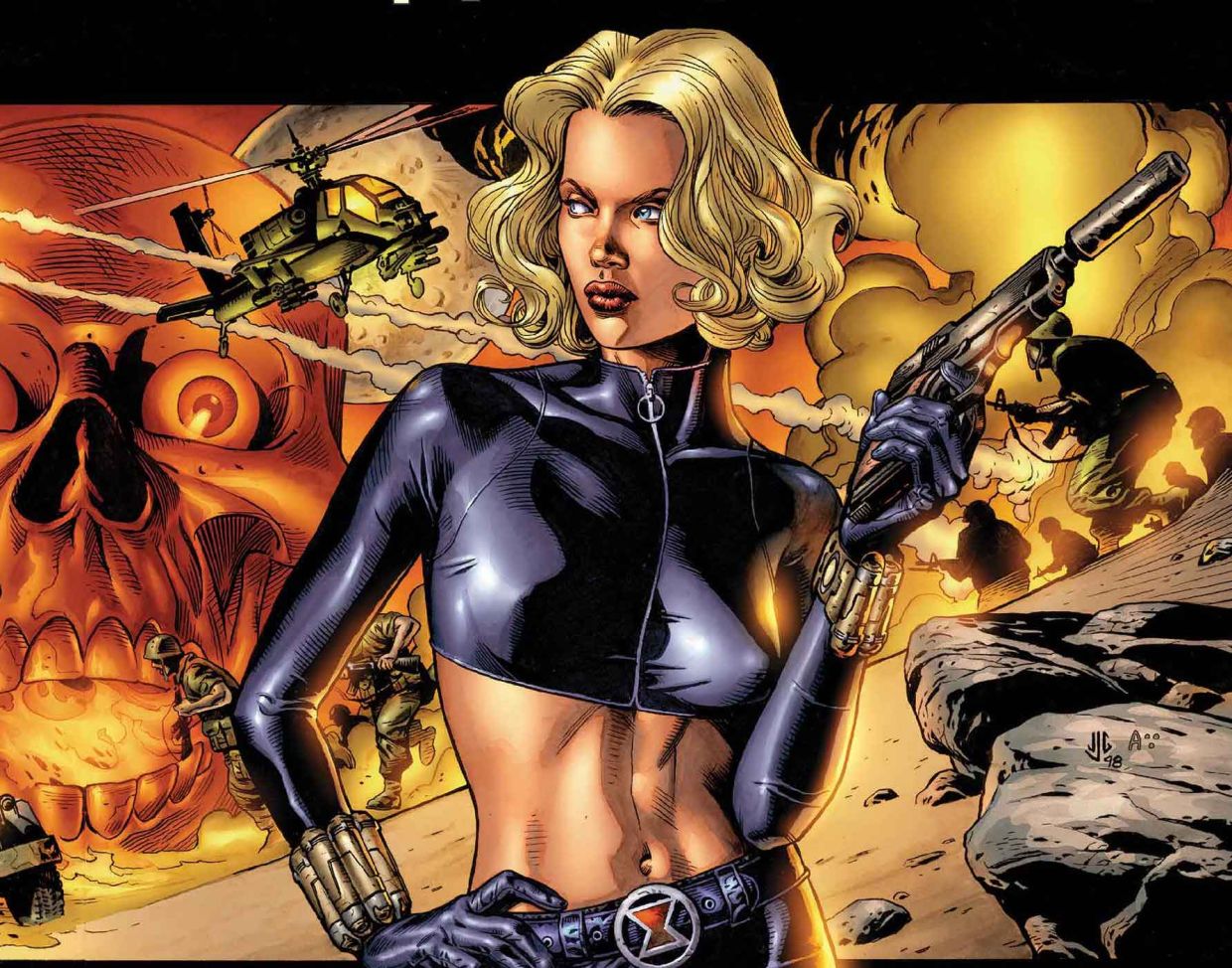 With Black Widow finally released, all eyes will now be on Yelena Belova (played by Florence Pugh), who will take Scarlet Johansson’s place as the new Black Widow.

In the comics, Yelena is another Russian operative who has gone through the same Red Room training as Natasha. She made a brief appearance in 1999’s Inhumans #5, but only got her full debut in 1999’s Black Widow three-part miniseries under the Marvel Knights imprint.

Initially an assassin who’s out for Natasha’s head, Yelena later joins her instead, and has since been linked to various espionage-based organisations such as S.H.I.E.L.D, Vanguard and HYDRA, and has even suffered through a ridiculous transformation into a Super-Adaptoid. Fortunately, the film version fares better. 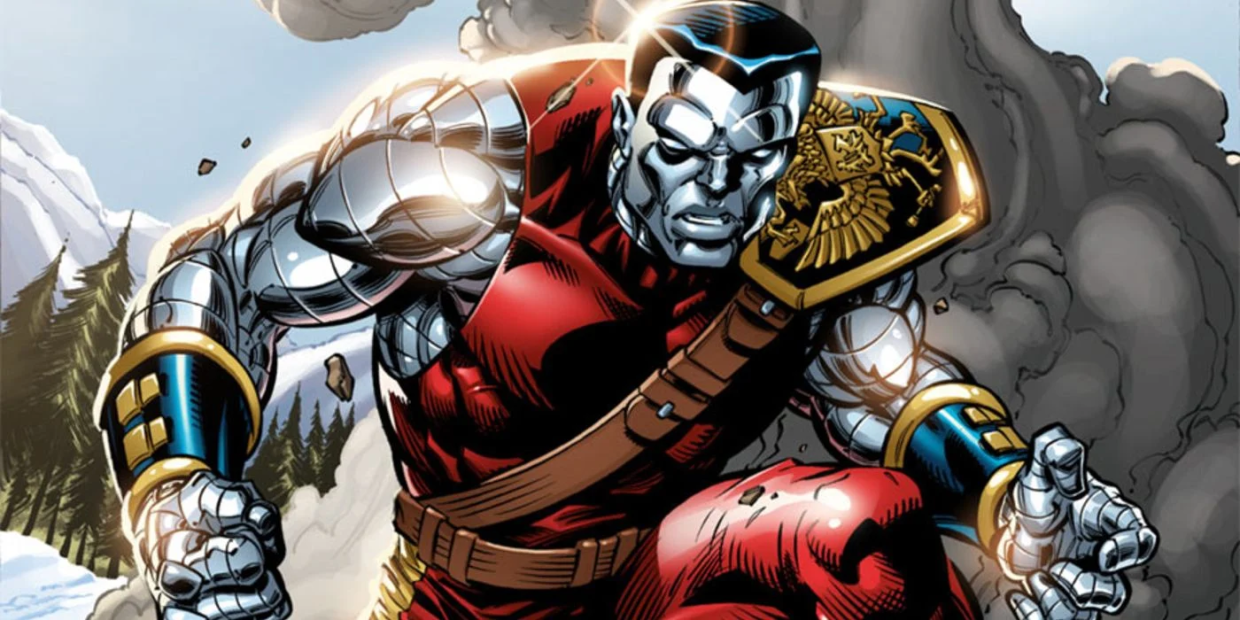 Arguably one of the most important X-Men characters ever created, Colossus’ film appearance hardly do justice to his contributions to the X-Men lore.

Since his first appearance in Giant SIze X-Men #1 in 1975, Piotr “Peter” Nikolayevich Rasputin has been one of the team’s pillars of strength – literally in terms of his superstrength and “organic steel” body, and also in terms of the rich archive stories in which he has been involved in through the years. His gentle giant persona also makes him one of the most likeable Mutant characters. 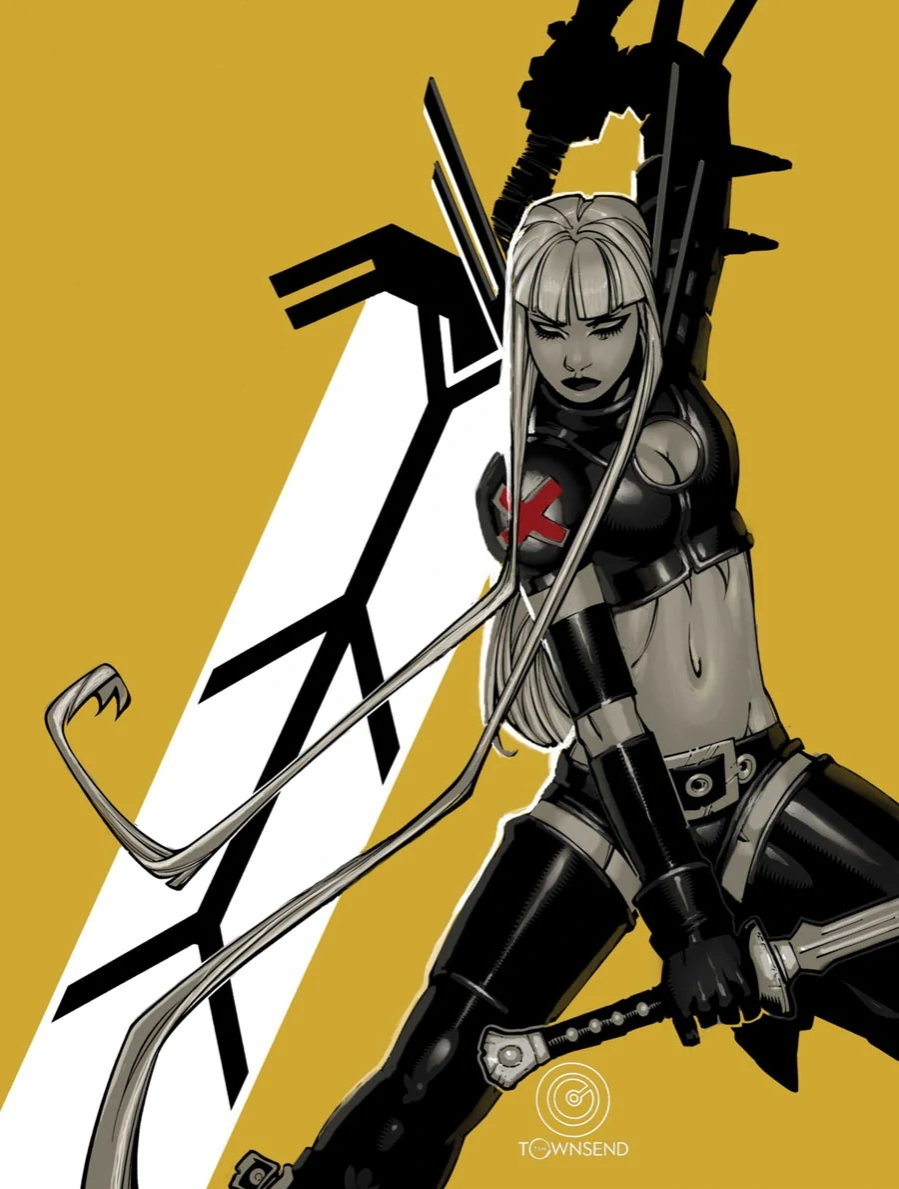 You can’t talk about Colossus without mentioning his younger sister, Magik, who also made her debut in Giant SIze X-Men #1. Illyana Nikolievna Rasputin is probably the “highest achiever” on this list – she became ruler of Limbo at age 13 after banishing her captor, Belasco.

Armed with her trademark soul sword, the sorceress has also faced the likes of the Beyonder and even wielded the Phoenix Force. We can’t wait to see her on screen when New Mutants is finally released. 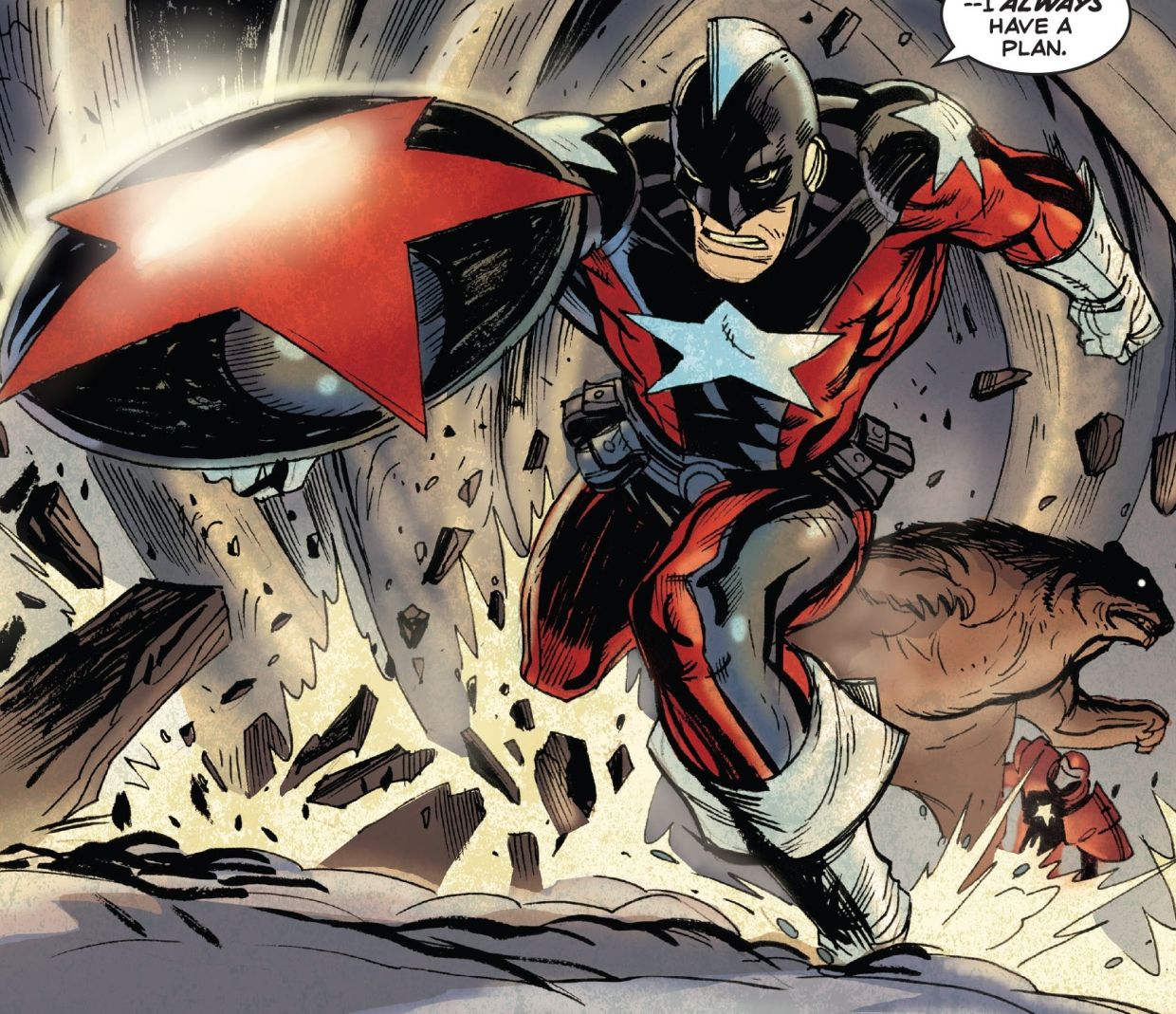 Alexei Alanovich Shostakov is arguably the most popular one, mainly because he used to be married to Natasha Romanoff. Interestingly, the third Red Guardian was female – Dr Tania Belinsky, who also goes by the superhero codename Starlight. 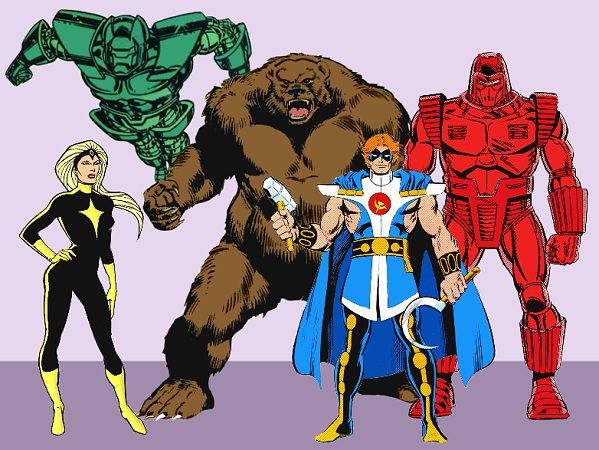 Meet Russia’s Mightiest Heroes! This Russian version of the Avengers also has a constantly-changing lineup, which began with the founders, Vanguard, Darkstar, Crimson Dynamo and Ursa Major.

However, despite making an explosive debut in 1981 by going up against the Hulk (Incredible Hulk (vol.1) #258), the team has not enjoyed the success and adulations earned by their American counterparts. 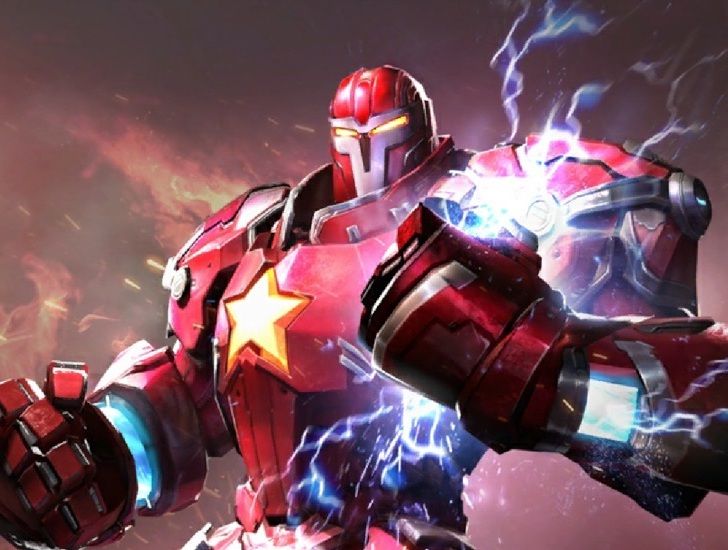 While the Soldiers fizzled, the Crimson Dynamo sizzled, especially the first version of the character – Anton Vanko.

Vanko made his first appearance in Tales of Suspense #46 (1963), but in his first mission, fails to defeat Iron Man and steal Stark Industries’ secrets. Vanko later decides to defect to the US in fear of what awaits him in his homeland, a move that opened the defection floodgates and paved the way for other heel-face turns, ie the Black Widow, Scarlet Witch, Quicksilver and Hawkeye. 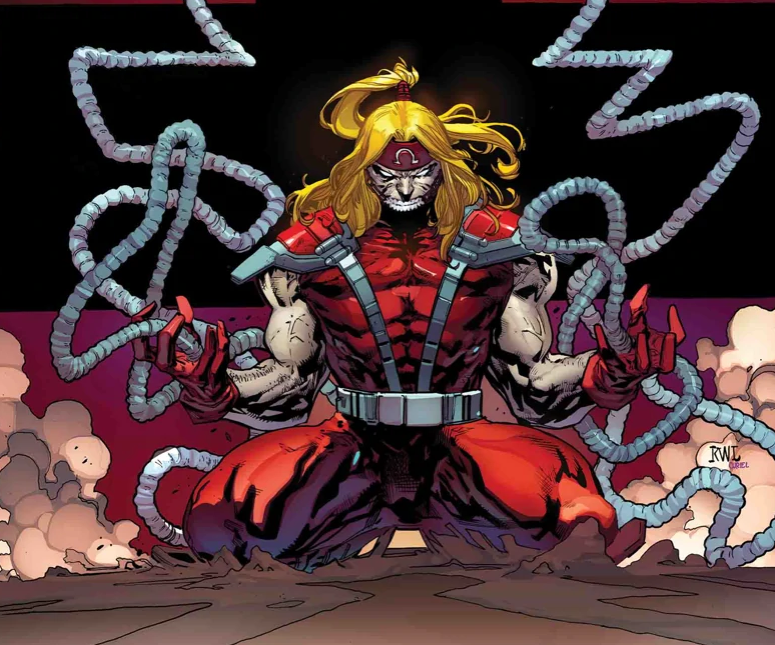 Wolverine’s Russian arch-enemy made his debut in 1992’s X-Men (vol.2) #4. In a somewhat failed Soviet Super Soldier experiment, Russian mutant Arkady Rossovich went through an augmentation process that gave him superhuman powers, as well as retractable Carbonadium tentacles that allow him to suck the life energy out of his foes.

Cursed by an insatiable need for life energy, Omega Red is constantly searching for a cure, leading to many crossings of paths with Wolverine’s old Team X. 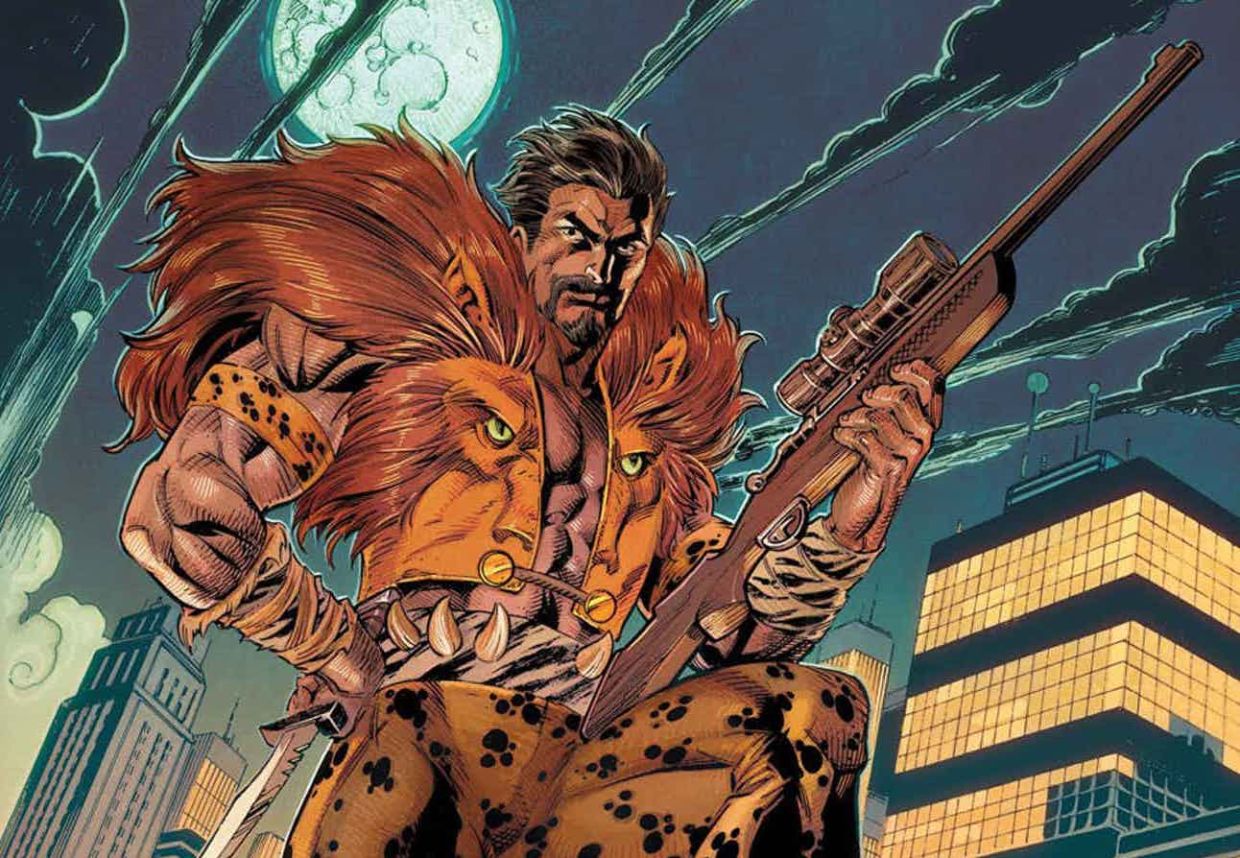 Kraven is forever remembered for being the only person who has buried Spider-Man... alive. Despite not killing Spidey, Kraven’s twisted code of honour makes him a difficult character to read. While readers of the classic Kraven’s Last Hunt story would recall him committing suicide at the end, he has since been resurrected and killed again. Yes, Spidey’s first super-villian is a Russian and also happens to be the half-brother of Kraven. Dmitri Smerdyakov aka the Chameleon, made his debut in Amazing Spider-Man (vol.1) #1 (1962), and has who has spent the last six decades infiltrating into Spidey and even Peter Parker’s personal life.

Unlike other foes, who only want to thrash the wall crawler, the Chameleon takes sick satisfaction in slowly tormenting Peter by impersonating him or his loved ones. Coincidentally, the last Spider-Man: Far From Home movie also included a character named Dimitri (played by Numan Acar) who may have been our “mystery villain”. 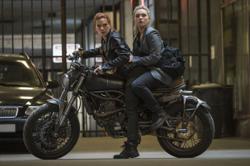