Over close to six decades, India-born, United States-based tabla player Zakir Hussain has introduced classical Indian music to audiences all over the world through numerous cross-genre collaborations and won multiple awards, including a Grammy.

Yet, despite an illustrious career dating back to the early 1960s, he rejects being called a master.

"If you imagine yourself to be a master, that you think you've done the best you ever can, you might as well hang up your boots and retire," the good-natured 71-year-old says in a Zoom interview from his house in Marin County, California.

"That's not what art is all about. Art is not about reaching perfection. Art is about walking that path towards perfection."

It is a lesson he learnt from his father and teacher, the late tabla icon Alla Rakha, and a trait he witnessed in the famous rock musicians he worked with, such as the late Beatle George Harrison.

"All musicians think they are students. My father, every time he taught me, would begin by saying this one line: 'Son, don't try to be a master. Just try to be a good student.'"

Zakir will be back in Singapore this weekend to perform with two other renowned classical Indian musicians - veena (Indian lute) player Jayanthi Kumaresh and violinist Kala Ramnath - in a concert titled Triveni, which refers to the mythical site where three sacred rivers in India meet.

The concert, a collaboration between the Singapore Indian Fine Arts Society and the Esplanade, takes place at the Esplanade Concert Hall on Aug 14, the eve of India's 75th year of independence.

Zakir has performed in Singapore several times. He was last here in early 2020 for a concert with Shakti, a fusion group that also includes British jazz guitarist John McLaughlin.

The Triveni concert tour across the US earlier in 2022 sold out all 19 shows.

"We had to do encores and that is unheard of with Indian classical music."

The music at the Singapore performance will similarly be a spontaneous "musical meditative journey experience" that Zakir says will give "a taste or a bird's-eye view of what Indian music is about".

The audience is a key part of the performance too.

"It does rely on the participation of the audience. I mean, the vibe from the audience, the way they nod their heads, the way they smile, all that contributes towards us being able to move forward. If we don't have that acceptance coming our way, it becomes difficult to figure out what else are we going to do next."

Zakir's accolades from the Indian government include the Padma Bhushan, the country's third-highest civilian award, which he received in 2002.

And at the Grammy Awards in 2009, he won Best Contemporary World Music Album for Global Drum Project, his collaboration with American percussionist Mickey Hart from rock band Grateful Dead.

Besides holding concerts and conducting classes, Zakir continues to release music. Planet Drum, a music ensemble which Zakir is a part of, recently released a new album, In The Groove. He is also working on a new Shakti album with McLaughlin.

Zakir is hopeful the collaborations between musicians from different cultures and genres can inspire hope in the world.

"Music is our language and we communicate with each other in that universal fashion. And so all we can do through our actions is provide the world a template of how it might be possible to coexist with each other, in a sympathetic and respectful manner, allowing each other space." - The Straits Times/Asia News Network 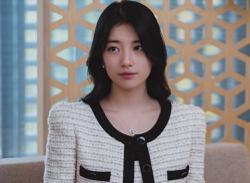