The photos range from shots taken in New York and Paris to his masterpiece "Stray Dog" taken in Misawa, Aomori (Japan).

Known for his street photography, Moriyama, now 82, shot to fame in the 1960s with his high-contrast, grainy black-and-white images, often referred to as the “rough, out-of-focus and blurry” technique. In fact, he still prowls the streets taking snapshots.

The Osaka-born photographer won the New Artist Award from the Japan Photo-Critics Association in 1967. Many of Moriyama's photographs are shot with a hand-held camera, at times through a window or from across the street. 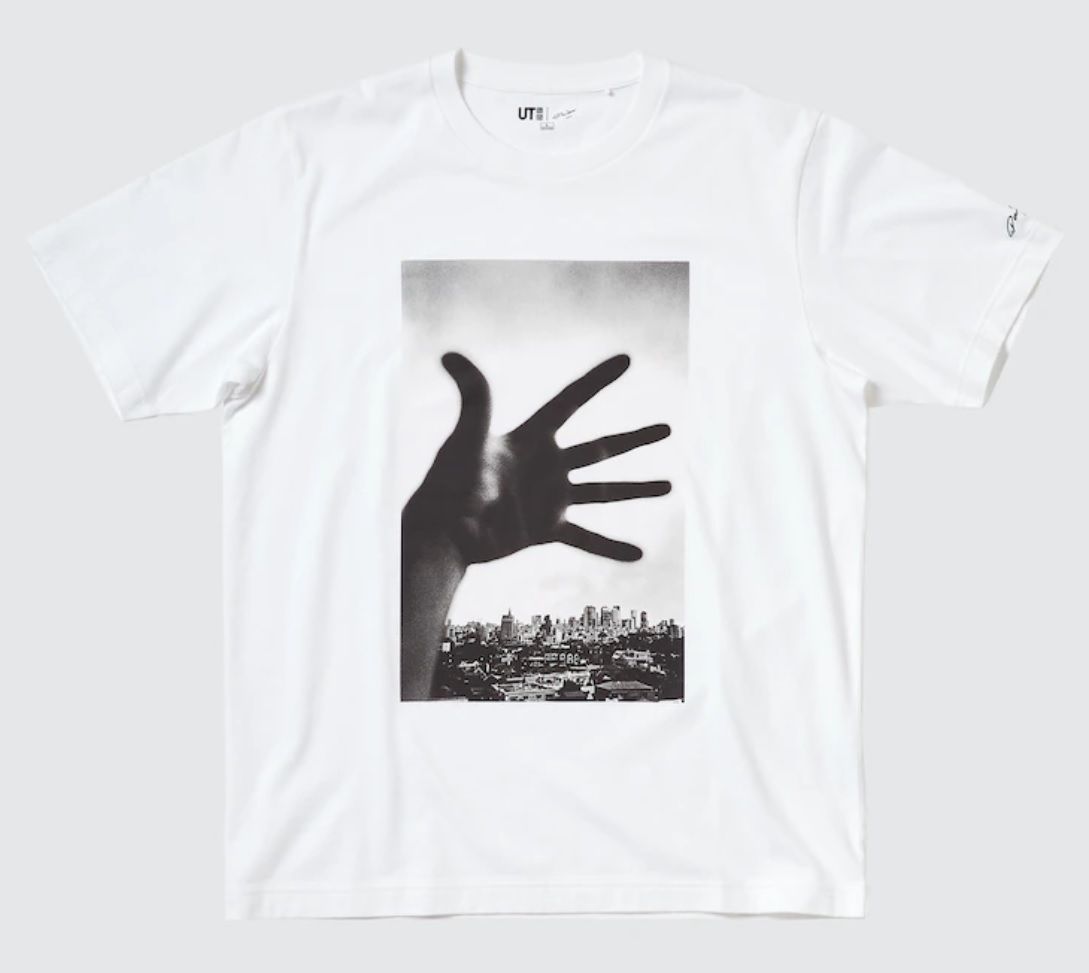 "There is no quality without quantity. Take as many shots as possible," says Moriyama, who was born in Ikeda, Osaka, in 1938.

His well-known "Stray Dog" photograph from 1971 is the obvious highlight in this Daido Moriyama X UT collection.