This library in Perak is nearly 100 years old, continues to be a literary resource hub 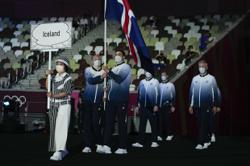 The Tuanku Bainun Library (PTB) at the Universiti Pendidikan Sultan Idris (UPSI) campus in Perak, which will turn 100 next year, continues to be a resource centre for scholars, writers, linguists and well-known national figures. Photo: PTB

The Tuanku Bainun Library (PTB) at the Universiti Pendidikan Sultan Idris (UPSI) campus in Perak, which will turn 100 next year, continues to be a resource centre for scholars, writers, linguists and well-known national figures.

PTB has a collection of over three million literary works, including e-journals and e-books (that can be accessed by researchers and the public). The library is the only department in UPSI that was inherited from the era of the Sultan Idris Training College (SITC) administration since 1922.

"After the country's Independence in 1957, the name of SITC was changed to Sultan Idris Teachers College (MPSI) and, along with that, the library also expanded with the construction of a new library building behind BSB and was named as Khutub Khanah MPSI," said Raja Ahmad.

He added that when the MPSI era ended on Feb 21, 1987 due to its status as a college being upgraded to an institute, namely as Sultan Idris Teachers Institute (IPSI), the library was also rebranded as the IPSI Library. But during the 73rd anniversary celebration of SITC-IPSI, its name was changed to Za’ba Library (in tribute to Tan Sri Zainal Abidin Ahmad, or better known by the moniker Za'ba, who was a pioneer Malaysian writer and linguist).

After the establishment of UPSI on May 1, 1997, the operation of the Za’ba IPSI Library was taken over completely by UPSI on Jan 1, 1998, and as a proactive measure, UPSI spent more than RM20mil to diversify and complete its collection of reading and reference materials in the library.

Raja Ahmad said that in 1999, UPSI approved the construction of a new library building with a floor area of 13,063sq m that was also equipped with information and communication technology (ICT) facilities and linked to UPSINet, a complete world-class Integrated Library Management Utility.

"The new library was launched on Aug 8, 2007 with a new name, the Tuanku Bainun Library, by the first Chancellor of UPSI, Her Royal Highness Tuanku Bainun," he said.