Mark your calendar: 'Spirited Away' is set be adapted for the stage in Tokyo next February 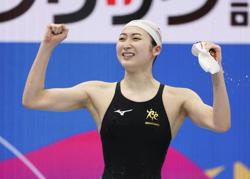 Chihiro (left) makes a new friend in Kaonashi or No Face in the anime film 'Spirited Away'. Photo: Studio Ghibli

Japanese director and manga artist Hayao Miyazaki’s Oscar-winning anime film Spirited Away (2001) will be adapted as a stage production, according to a recent announcement from Japanese entertainment company Toho Co.

John Caird, honorary associate director of the Royal Shakespeare Company, has been tapped to write and direct the stage adaptation.

Canadian-born British theatre maker Caird, 72, is internationally renowned for adapting and co-directing the world premiere of the legendary musical Les Miserables, and for creating theatrical shows such as Daddy Long Legs and Knights' Tale.

“I feel so excited and privileged to be working on the first ever stage adaptation of Sen to Chihiro (the abbreviated Japanese title for Spirited Away), ” Caird said in a statement. “I have for many years now regarded Hayao Miyazaki as one of the pre-eminent geniuses of world cinema and the greatest ever proponent of the anime form.”

In the upcoming stage production of Studio Ghibli's Spirited Away, the heroine Chihiro will be double cast with Kanna Hashimoto (of Gintama fame), an acclaimed Japanese actress who will be making her stage debut, and Mone Kamishiraishi (of anime film Your Name fame), who is a versatile talent, with acting and singing in her emerging career.

The Spirited Away story begins as Chihiro, a girl who is heading to her family’s new home, goes into a tunnel to find herself lost in the world of Gods and supernatural beings. She encounters many spirits, but courageously overcomes their challenges on her way back to the human world.

The Imperial Theatre will turn into the Bathhouse, welcoming the audience to the enchanted world of spirits.

Spirited Away will run at the Imperial Theatre in Tokyo from February to March in 2022. Toho Co also stated that it plans to bring the stage adaptation of Spirited Away to other parts of Asia and even Europe after a theatre tour in Japan.

How good are the digital initiatives being offered by Malaysian art galleries? 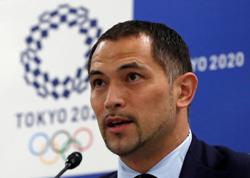