Composer Imee Ooi and JSJG (Peace Sky Concert) seen at their live stream concert recording at KLPac last month. Apart from no live performances, even recordings of online shows might not be allowed when the MCO is reintroduced. Photo: Handout

Eleven days into 2021 and all fresh optimism of a new beginning in the Malaysian arts and culture scene has fizzled out with the Government's reimplementation of the movement control order (MCO) in six states, which starts on Jan 13.

The Prime Minister said the MCO will be enforced for 14 days (until Jan 26) in Penang, Selangor, Kuala Lumpur, Putrajaya, Labuan in the Federal Territories, Melaka, Johor and Sabah.

Under the MCO guidelines, all religious, sports and cultural activities will be prohibited.

Many individuals in the arts and culture community have expressed resignation over the pandemic-related news, after spending nearly all of 2020 with close to no public shows and performances, but understand that drastic steps need to be taken to deal with the alarming number of Covid-19 cases nationwide (a four-digit daily spike in cases since last October).

“It’s not the best news for the country but at least the government made a decision, ” says Jo Kukathas, Instant Cafe Theatre’s co-founder.

“The plan for the year is to make plans but be flexible. We were already planning to do more online and development work alongside live shows. Development work has already started on other projects.

“Our show And Then Came Spring, a collaboration with Parastoo Theatre, slated for the end of January will have to be postponed. It will have to be rewritten in parts as some actors can no longer commit. It’s hard to say past this what else will be affected but of course there are knock-on effects, ” she adds.

The mood at KLPac is equally downbeat after the arts venue cancelled a total of 65 shows last year. The combined losses for KLPac and The Actors Studio stand at RM1.77mil.

“This absolutely ruins our plans to re-start the industry. We were prepared to go online with shows this year and we had a full line-up for 2021.

“However, if recording of shows is also not allowed during the MCO then it will be a double blow for us. Already we are treading on thin ice as the viability and profitability of online shows have not been proven, ” expresses a frustrated Joe Hasham, the Kuala Lumpur Performing Arts Centre’s (KLPac) co-founder.

“Our grants and sponsorship are also at stake as our funding is tied to our ability to run our venue, programmes and shows. If we are unable to fulfil our KPIs then the funding we receive will also be at stake, ” he adds.

Upcoming shows postponed this month at KLPac are Short + Sweet Dance and Theatre and the Cabaret Series: Divas Live! (Jan 20-24). If the MCO is extended, says Hasham, more shows will be pushed to March onwards.

Managers of warehouse-turned-arts space KongsiKL Low Pey Sien and Mah Jun Yi say they will just have to “adapt”.

“Since March 2020, we have been coping with the situation. So, when we’re planning programmes in 2021, we’re anticipating last minute changes all the time.

“We have to think of new ways in presenting arts with technologies and platforms that are available to us during this time.

“In terms of operation, the impact is not as big because we have a comparatively small team, ” says Low.

The Di Situ: An Exhibition, which was originally planned to run from Jan 16-24 at KongsiKL, has been postponed.

"Is there such a word as 'repivot'? How many times can you pivot before you pack it all in? Despite badly wanting to see our arts programming picking up and continuing, there is just so much uncertainty now, and there is nothing we can do... except try to repurpose events, reprogramme exhibitions or to just postpone (shows)," says a forlorn Beatrice Leong, Tun Perak Co-op founder, who has to deal with another possible extended blank period of inactivity at the KL arts space.

Tun Perak Co-op, which focuses on "archival-based" arts events and beyond, is housed in two pre-WWII buildings in downtown Kuala Lumpur.

"It was supposed to be a reboot year for Tun Perak Co-op after last year's start stop. We had a rethink about how to present events... all the downsizing and adding of virtual elements.

“We also have a list of 2021 programmes stretching until June. Right now, I don't know how much we can react except to say that I was optimistic for the arts in 2021, everything has nosedived again now," she adds.

The venue recently hosted the "Wawasan 2020: Townhall" group exhibition, an on-site collaboration with A+ Works Of Art gallery, which attracted an encouraging amount of 20-30 daily visitors (with strict SOPs in place at the venue).

It has another group art exhibition and three on-site programmes this month, all of which, says Leong, will have to be looked into immediately in light of the Government's announcement today.

“We’ll take our weekly EDL sessions to Zoom in the meantime, and perhaps postpone a few scheduled face-to-face rehearsals and performances to a little later, but the season will go on.

“We have no plans to present our work digitally right now, but this might change. We want to return to a live audience, and we trust it’s a matter of time with the vaccine being rolled out soon, ” he adds.

Even with strict SOPs in place and limits on audience numbers, event spaces are still vulnerable to Covid-19 infections.

Arts space RexKL in the capital posted on its Instagram page on Jan 11 of a busker who had tested positive for Covid-19 on Jan 2. Cleaning and disinfection procedures will be exercised immediately at the venue, which will remain closed until further notice.

Four people also died due to the coronavirus, raising the nationwide Covid-19 death toll to 555. 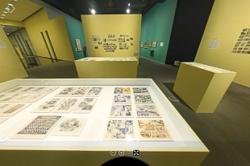