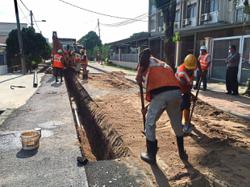 Called MPOPlaysOn, you can catch some of Beethoven’s finest works under the batonship of conductors Naohisa Furusawa and Gerard Salonga.

From Beethoven’s playful and energetic 4th symphony to his melancholic and uplifting 7th, let the MPO transport you to a symphonic world, all from the comfort of your home.

The Beethoven series was part of MPO’s Beethoven 2020 original programming.

With 17 pre-recorded digital concerts to date (all completed in September last year), MPOPlaysOn has so far garnered 60,000 views.

Now, that’s what you call a birthday gift to a classical master. The best part is, the concerts are completely free.

The Dewan Filharmonik Petronas (MPO's home) has remained closed since March last year (at the start of the movement control order).

The MPOPlaysOn campaign is an initiative to provide high-quality orchestral performances to the public digitally during the pandemic.

It is a continuation of digitalisation efforts by Dewan Filharmonik Petronas (DFP) and the MPO which started last April with MPO at Home.

This was a digital campaign comprising a series of short videos featuring the MPO and the Malaysian Philharmonic Youth Orchestra (MPYO) musicians performing virtually from their homes.

Its most popular videos - MPYO’s Star Wars and MPO’s Tanah Pusaka - got over three million views on Facebook, over 39,000 views on Instagram and over 58,000 views on MPO TV.

More digital concerts are in the pipeline under the MPOPlaysOn series, including a new programme that promises to take its audiences on a musical trip to many countries and explore their musical attractions.

Our border may be closed but who says we can’t travel the world with music. Here are some top picks under MPO’s Beethoven series:

Sandwiched between these two greats, the 8th Symphony offers a witty exploration of essential musical questions.

“I’m really lucky to be able to conduct this. This is such a powerful symphony and a difficult one too. Orchestras rarely play this. Since 2012, the MPO hasn’t played this symphony,” offers Naohisa.

Experience the composer’s nature-loving side as the scene unfolds in the Viennese countryside. Listen to the birds chirp sweetly and the villagers celebrate with dance until a storm arrives.

The 5th Symphony is possibly Beethoven’s most recognised symphony. Conductor Gerard Salonga leads the MPO orchestra in this electrifying and thumping piece.

These hammer blows of fate are arguably classical music’s most memorable moment. 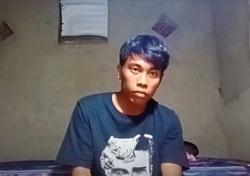