For the first time, two dictionary companies - Merriam-Webster and Dictionary.com - declared the same word as their tops: pandemic. Photo: Pixabay

In the land of lexicography, out of the whole of the English language, 2020's word of the year is a vocabulary of one.

For the first time, two dictionary companies - Merriam-Webster and Dictionary.com - declared the same word as their tops: pandemic. A third couldn't settle on just one so issued a 16-page report instead along the same lines, noting that a world of once-specialised terms entered the mainstream during the Covid-19 crisis.

The year, Oxford Languages said in the report last week,"brought a new immediacy and urgency to the role of the lexicographer. In almost real-time, lexicographers were able to monitor and analyse seismic shifts in language data and precipitous frequency rises in new coinages."

Its Oxford English Dictionary and others found themselves madly updating well beyond routine schedules to keep up. Such publication updates are usually planned far in advance. Because the coronavirus pandemic brought on gargantuan language changes, according to Oxford Languages, "2020 is a year which cannot be neatly accommodated in one single 'word of the year.'”

Not so at Merriam-Webster and Dictionary.com, both of which also noted enormous shifts toward many other related words but announced just one nonetheless.

"Often the big news story has a technical word that’s associated with it and in this case, the word pandemic is not just technical but has become general. It’s probably the word by which we’ll refer to this period in the future, ” he said.

John Kelly, senior research editor at Dictionary.com, said before breaking the news that searches on the site for pandemic spiked more than 13,500% on March 11, the day the World Health Organization declared an outbreak of the novel coronavirus a global health emergency.

The daily spike, he said, was "massive, but even more telling is how high it has sustained significant search volumes throughout the entire year."

Month over month, lookups for pandemic were more than 1,000% higher than usual. For about half the year, the word was in the top 10% of all lookup on Dictionary.com, Kelly said.

Similarly, at Merriam-Webster.com, searches for pandemic on March 11 were 115,806% higher than spikes experienced on the same date last year, Sokolowski said.

Pandemic, with roots in Latin and Greek, is a combination of "pan, ” for all, and "demos, ” for people or population, he said. The latter is the same root of "democracy, ” Sokolowski said. The word pandemic dates to the mid-1600s, used broadly for "universal” and more specifically to disease in a medical text in the 1660s, he said.

That was after the plagues of the Middle Ages, Sokolowski said.

He attributes the lookup traffic for pandemic not entirely to searchers who didn’t know what it meant but also to those on the hunt for more detail, or for inspiration or comfort in the knowing.

"We see that the word love is looked up around Valentine’s Day and the word cornucopia is looked up at Thanksgiving,” Sokolowski said. "We see a word like surreal spiking when a moment of national tragedy or shock occurs. It’s the idea of dictionaries being the beginning of putting your thoughts in order.”

The pandemic, Kelly said, made us all worthy of watercooler chatter with Dr Anthony Fauci as our knowledge grew about all things pandemic, aerosols, contact tracing, social distancing and herd immunity, along with the intricacies of therapeutic drugs, tests and vaccines that can help save lives.

"These were all part of a new shared vocabulary we needed to stay safe and informed. It’s incredible,” said Kelly, who works with a team of lexicographers to come up with words of the year based primarily on site traffic.

Merriam-Webster began designating a word of the year in 2008, with "bailout.” The company's word of the year for 2019 was "they, ” when a shifting use of the personal pronoun was a hot subject and lookups increased by 313% in 2019 over the previous year.

Dictionary.com has been in the word of the year game since 2010, with "change.” Its word of the year in 2019 was "existential" in a year that climate change, gun violence, the very nature of democracy and an angsty little movie star named Forky from Disney's Toy Story 4 helped propel search spikes.

Kelly, Sokolowski and Oxford Languages noted other worthy search trends beyond the pandemic. After the May 25 death of George Floyd under the knee of a Minneapolis police officer, words around racial justice experienced spikes, including fascism, anti-fascism, defund and white fragility, Kelly said.

"There was no way for us to leave that out of the conversation this year, ” he said.

Oxford included a range in its report, from "karen” to "QAnon.”

But it was all things pandemic that ultimately won the annual word sweepstakes.

Jennifer Steeves-Kiss, chief executive for Dictionary.com, said one key ingredient in the hunt for the site’s word of the year is sustained interest over time. Pandemic met that standard.

"This has affected families, our work, the economy, ” she said. "It really became the logical choice. It’s become the context through which we’ve had dialogue all through 2020. It’s the through line for discourse.” - AP 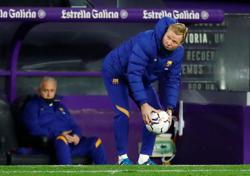